​ Maharashtra government failing in its commitment to address housing shortage 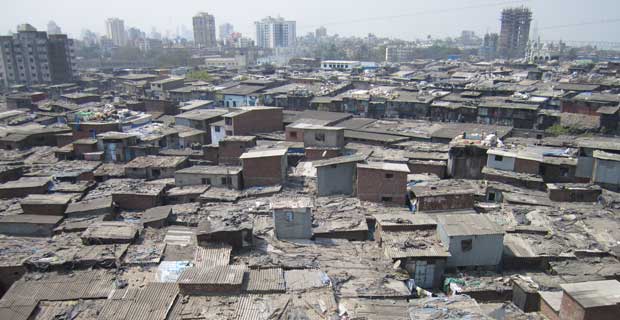 Utilised only 0.444% of the total fund allocated under ‘Housing For All’ scheme for the current fiscal year

Mumbai | 20th February, 2018: Like every year, Maharashtra government failed to utilise funds allocated for constructing affordable housing as part of its ambitious plan to curb homelessness from the state. A total of Rs. 1,381.951 crore were allocated for the current fiscal year under the ‘Housing For All’ scheme out of which 0.444% were spent on housing, remaining 99.556% is unspent as on today.

Though, the Maharashtra govt have an ambitious plan of constructing 1.9 million housing so as to address housing shortage in Maharashtra, in reality only 23,000 houses have been constructed till date as per the latest report by the Ministry of Housing and Urban Affair. These 23,000 houses are in fact houses constructed under the old housing schemes like RAY, CLSS etc but now have included under the current ‘Housing For All’ scheme. BJP government whether at center or in state is good at showing dreams but fails in realising them especially when poor is going to get benefits. ‘Housing For All’ looks like a distant dream given the present pace with which housing being constructed.

However, it is a different thing that even the full utilization of funds might not be able to address the problem of housing/homelessness as our analysis of the present housing scheme-‘Housing For All’ or ‘Pradhan Mantri Awas Yojana’ finds certain loopholes.

‘Housing For All’ or the ‘Pradhan Mantri Awas Yojana is more or less formulated on the same lines as were previous housing schemes were made. Hence, it contains the same loopholes. Our analysis of the ‘Housing for All’ suggest that a large chunk of population that is either homeless or not living in dignified housing or slums, will not be able to get the benefits of this scheme. Two of the four provisions (‘Credit Linked Subsidy’ and ‘Affordable Housing in Partnership’) of ‘Housing For All’ scheme are basically modeled to facilitate in purchasing of affordable housing. As per the latest information received through an RTI, alone in Mumbai there are around 20 lac families having an annual income less than Rs. 1lac. Under the prevalent rates, no housing under any affordable housing segment can be availed to a family belonging to this income level.  The third provision of PMAY is ‘in-situ slum rehabilitation’ based on the ‘cut-off-date’ model which means that some of the member of a slum will be held ineligible hence not getting the benefit of the scheme. Lastly the ‘Subsidy for beneficiary-led individual house construction/enhancement’, which is available to only those people who owns a piece of land. The last provision is at least not for slum dwellers who never own a piece of land. In a nutshell, the poorest of the poor might not get housing under PMAY.

The existing approach to address the housing problem will not work. There is a need for overhauling the housing schemes and policies so as to ensure that poorest of the poor have a protection of minimum and a dignified housing.

The latest report by the UN Special Rapporteur on Adequate Housing recommends Indian government to formulate a law in order to address the housing problem:

“However, the Special Rapporteur is concerned that short-term schemes will not be sufficient to address the housing situation of those who are most disenfranchised and discriminated against with respect to housing. As a next step, and in keeping with the political commitments made under the New Urban Agenda,55 India needs an overarching, visionary and coherent piece of legislation based on human rights. A national housing law that aims to address growing inequalities and offers a long-term road map is essential. In addition, the economy of India is and will continue expanding, which suggests that it will continue to have the necessary resources to implement the right to adequate housing across the country.”

India has recognized and ratified housing as a basic human right in the Universal Declaration of Human Rights, 1948. But in the paucity of a law, the housing rights of the most marginalized section of the society living in informal settlements or slums have violated innumerous times across India. Shift from considering housing a commodity to a necessity for every citizen is required.

India - Assaults and Killings of RTI activists Continue; 17 Recorded So Far in 2018
Not buying it - Boycott, Divestment, and Sanctions (BDS) movement
Tarun Tejpal Judgement: Reflection on judicial decisions in sexual assault cases against women
Citizenship Amendment Bill- PM Modi This is not atonement for partition