1 in 4 residents of Mumbai slums have mental health disorders

Dire conditions in Mumbai slums make them hotbeds of mental health disorders
One in four residents of a Mumbai slum is estimated to have mental health issues, from anxiety to depression, a survey has found.
Mridula Chari

Photo Credit: Partners for Urban Knowledge, Action and Research
Each morning, residents of Kaula Bandar, a slum in south Mumbai, are forced to defecate near the sea, braving rats, police action and the accumulated garbage. Only nine toilet seats of the 30 available in the slum actually function. These are supposed to suffice for the slum’s estimated 12,000 residents.

That’s only one of the many problems faced by residents of Kaula Bandar and other Mumbai slum pockets. Living through these circumstances on a daily basis takes a toll on residents’ mental well-being ‒ and a new study of mental health issues in Kaula Bandar has revealed just how widespread these conditions are.

The study, conducted by Mumbai-based NGO Partners for Urban Knowledge, Action and Research, has found that one in four residents of Kaula Bandar is likely to suffer from common mental disorders such as depression and anxiety, largely due to the psychological stress of living in a non-legal environment.

“There is so much tension in this community,” said a 30-year-old Tamil man quoted in the study. “I hope you are able to do something about it. Many people have died because of tension. After all, no one will admit that a person in her family died because of tension. It’s common for people to silently drink poison or hang themselves. It’s a big problem.”

Kaula Bandar is a non-notified slum built on central government land at Darukhana, Mumbai’s largest shipbreaking yard. It is built entirely on a 1.4-km long wharf jutting into the sea, one among several other slums similarly built on wharves.

PUKAR has been working at Kaula Bandar on a variety of issues since December 2008, including immunisation, water access, education and tuberculosis. The NGO makes it a point to work with “barefoot researchers”, residents of the community, to develop and conduct surveys and to promote community participation in their studies. The idea to study mental health issues emerged from the team’s interactions with the community’s residents.

“While working on our surveys, we realised that there were quite a few suicide deaths,” said Baliram Boomkar, one of PUKAR’s barefoot researchers. “When you saw them people seemed fine, but when you spoke with them then you found out everything.”

Ramnath Subburaman, the principal author of the paper, then suggested that they study mental health issues.

“One of the most common things you confront every day is mental health issues,” said Subburaman. “If people are depressed and have other mental health conditions, it is difficult for them to get other diseases under control.”

In Kaula Bandar, where access to resources necessary for survival, such as water, is limited, mental health issues can have serious implications for survival. If someone is unable to get out of their house for days on end, for instance, they might miss the one day on which they receive water supply past midnight.

“These are scientific questions, but they are also sociological and philosophical ones,” Subburaman added. “In a community barred from basic living conditions, what does it mean to go to school, to work, to live in the densest settlements on earth?” 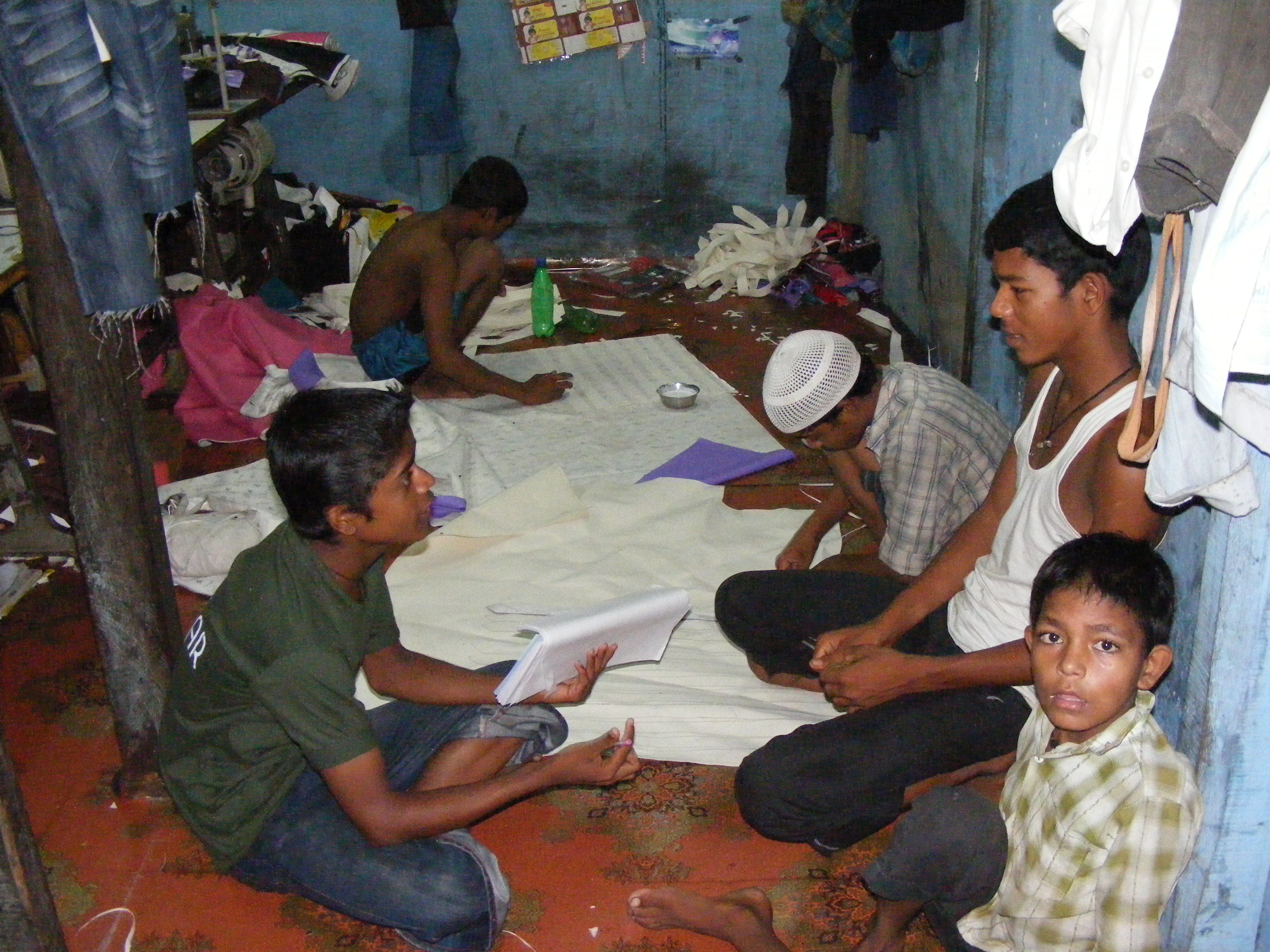 Kaula Bandar derives its name from kaul, the Marathi word for tiles. Ships brought to this wharf often carried Mangalore tiles. Among other settlements on these wharves are Reti Bandar (for sand) and Koyla Bandar (for coal).

Kaula Bandar’s earliest inhabitants were Tamil migrants shipped in to work at Darukhana. These remain the primary owners of the housing in the slum. Other residents, including, most recently, migrants from Uttar Pradesh and Bihar, rent rooms from them.

Living conditions are dire. Adults often have to sleep in sitting positions because they have no room to stretch out. As Kaula Bandar is not legally recognised, it gets no access to water, which means that residents often have to steal water from the nearby fire station.

The PUKAR team first identified the prevalence of mental disorders using a General Health Questionnaire. They then tried to see how living conditions in the slum impacted this.

“A lot of people first told us to go away, but when we kept coming back, they would tell us all their problems,” said Kajal Chaube, 19, another barefoot researcher. “They have to feel that we are family. This worked because we are from the community.”

Residents initially reacted to the survey with suspicion. When initially told about the purpose of the survey, they dismissed it, saying that nobody in their house was “mental”. But when probed further about their stresses and anxieties, they admitted to having headaches and worrying about the pressures of their daily lives.

Just the process of talking about their stresses was cathartic. One woman said in a group discussion that nobody had ever bothered to listen to her problems before. After the researchers finished a survey, people often referred them to others who they said would benefit from being able to talk about their problems.

The team referred those who crossed a certain score on the questionnaire to Dr Shubhangi Parkar, a mental health specialist at the KEM Hospital, for further treatment.

“Everyone knows about tuberculosis, but nobody thought tension was something doctors can cure,” said Boomkar. “When we asked them about tension, they said of course it was not something they would go to a doctor for.”

An Important Step Toward Accountability for Sexual Violence in Bolivia and Beyond
#INDIA- Can't Take Forest Land for Projects Without Forest Dwellers' Consent #goodnews #mustshare
Meet The Woman Who Brought Drinking Water, Toilets To A Tamil Nadu Village
PUCL on conviction of Seema Azad and her husband by an Allahabad Court