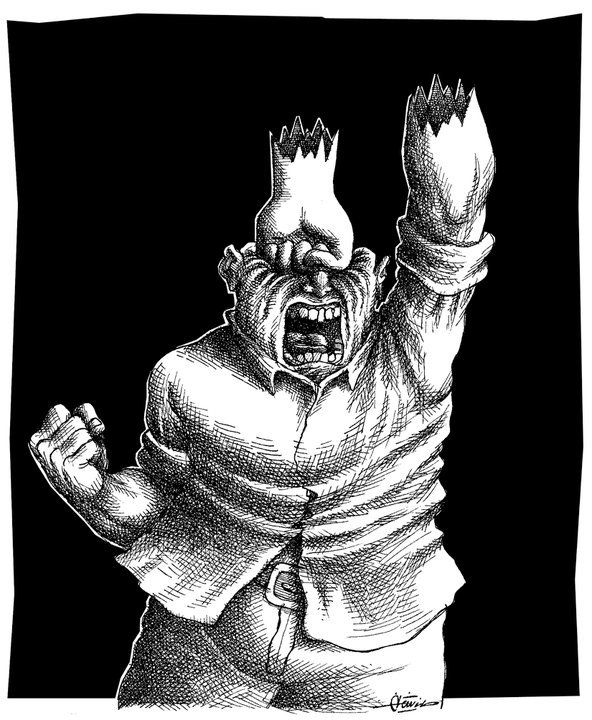 “If freedom of speech is taken away, then dumb and silent we may be led, like sheep to the slaughter.”– George Washington

Can someone’s expression become a cause of riots? Can a cartoon incite violence among the minorities of a country who feel offended because it shows them in a bad light? Who marks the boundaries where self-expression turns into offensives against a particular group?

These are the questions that Iranian cartoonist Mana Neyestani must have asked himself repeatedly. His cartoon about Iran’s minority Azeris, landed him in jail and turned his life upside down. He ended up in exile in France. His days in the prison became his motivation to begin socio-political commentary about the oppression of Iran and the world at large.

His cartoon strips have taken the form of a graphic novel titled “An Iranian Metamorphosis”. His work has won him accolades and brickbats from different groups depending on whom he chose to condemn.

Freedom from oppression and condemnation of censorship is the common string running through his cartoons which don’t just speak out but scream in our faces. The hypocrisy of our society and the doublespeak of those who preach the ideals of peace and democracy are brutally revealed in these black and white caricatures. The cartoon strips have made him a sensation in the online world where state censors haven’t fully reached yet.

The voices of dissent can be heard clearly through his cartoons, and his iron will, coupled with optimism, shines bright through the tough times that the world witnesses today. Following are some of his works around oppression, freedom of speech, herd mentality, nuclear power obsession of Iran and other themes including internet activism.

Context: Effect of the sanctions on Iran due to its nuclear program 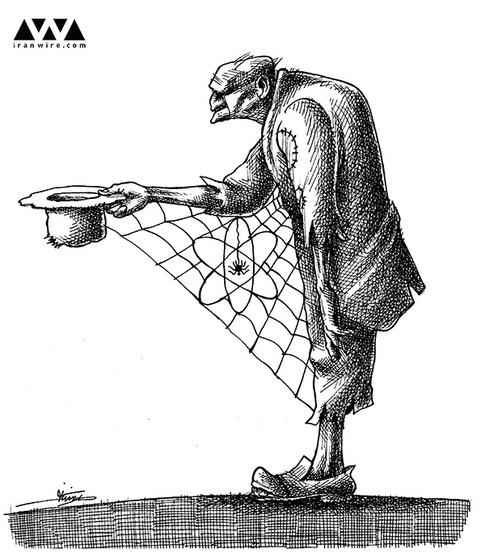 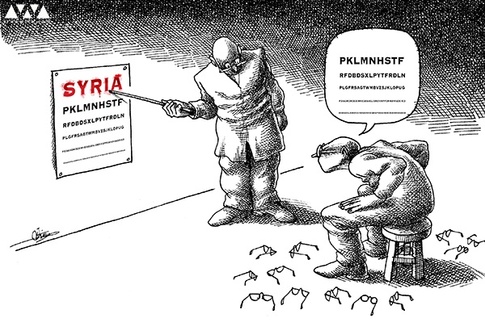 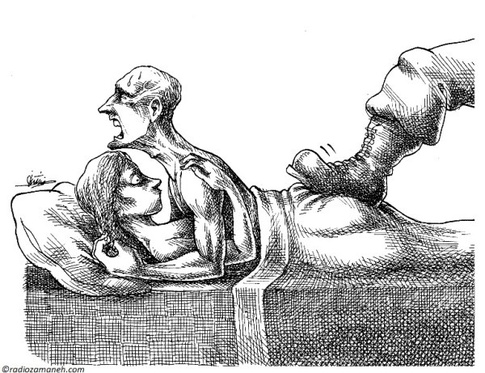 Context: State of the developing world and rosy picture being painted for the children
Title: Come out, the world is beautiful! 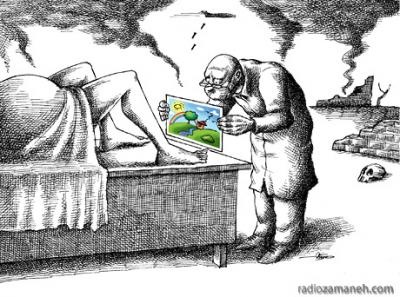 Context: Freedom through war (Bush and drone attacks)
Title: Freedom for a second 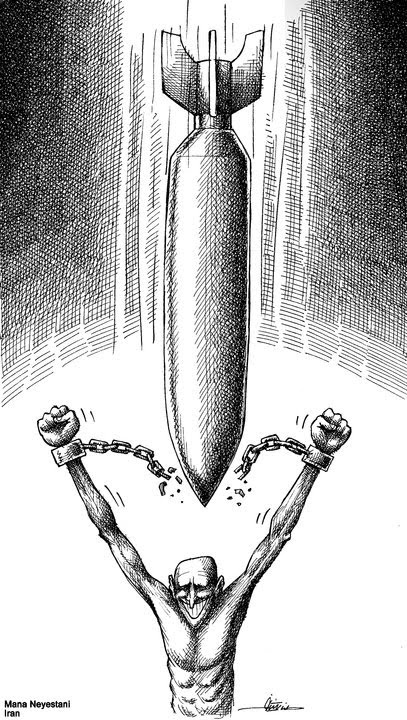 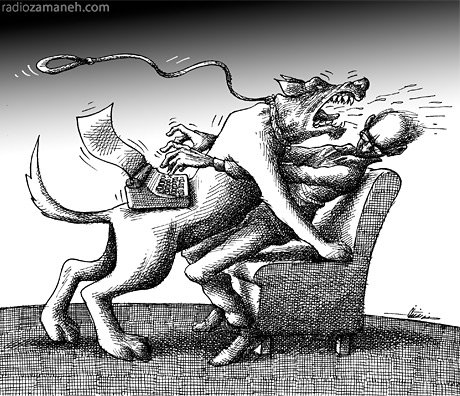 Context: False portrayals by the media 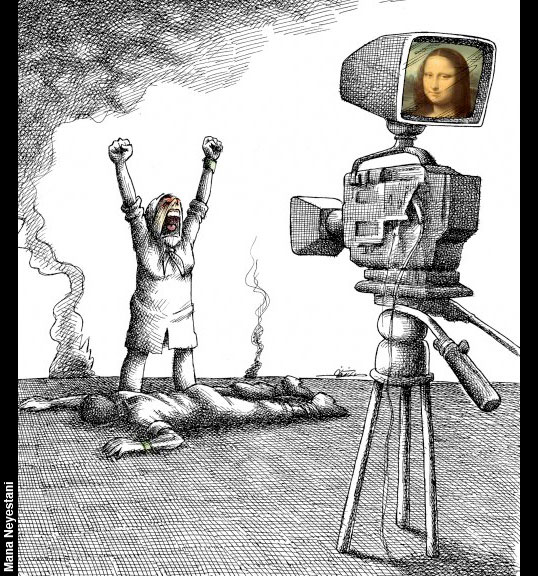 Context: Manufacturing support for the leaders 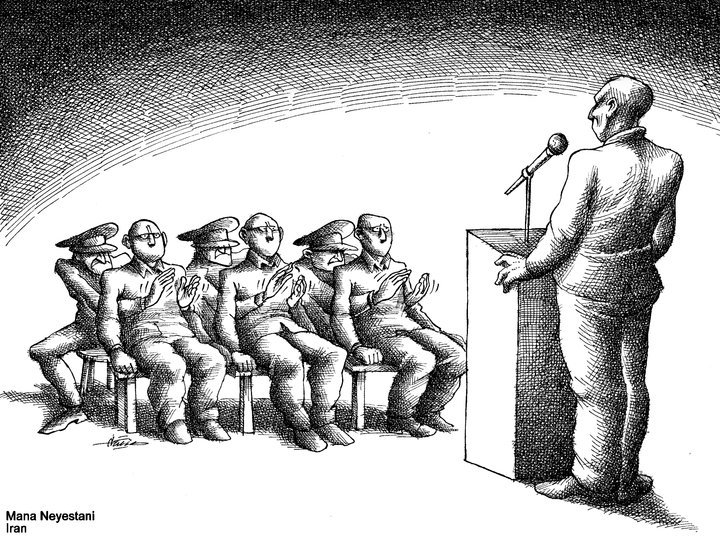 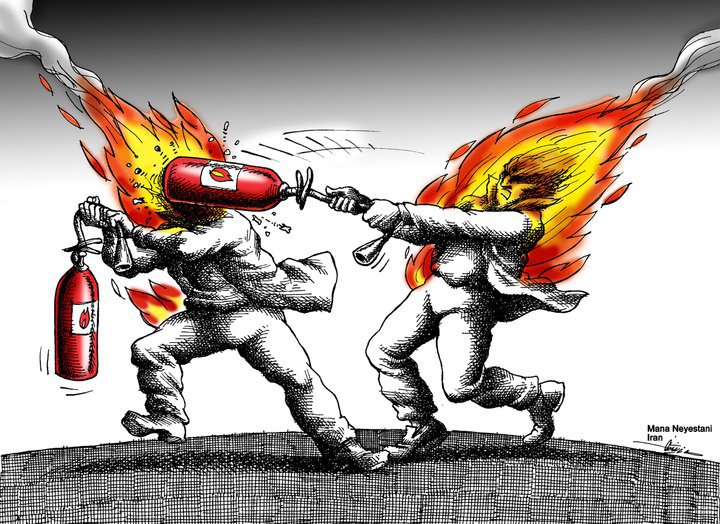 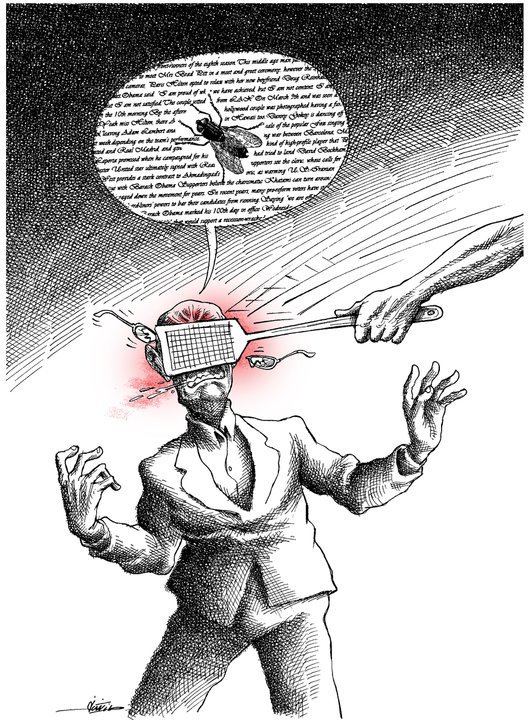 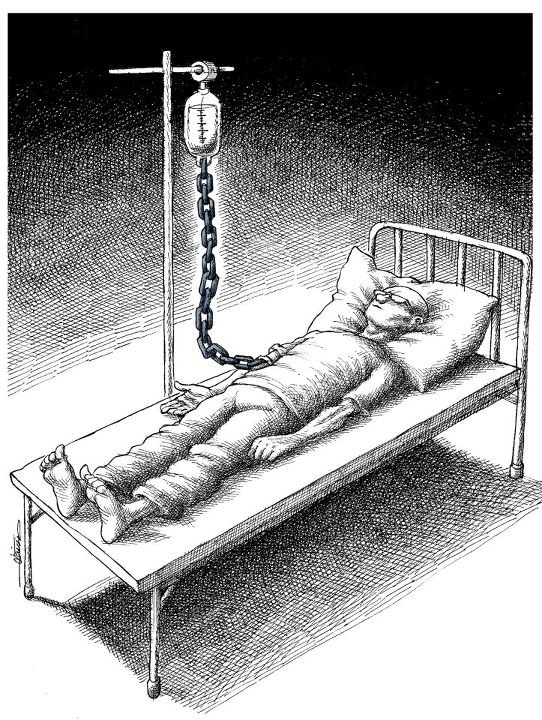 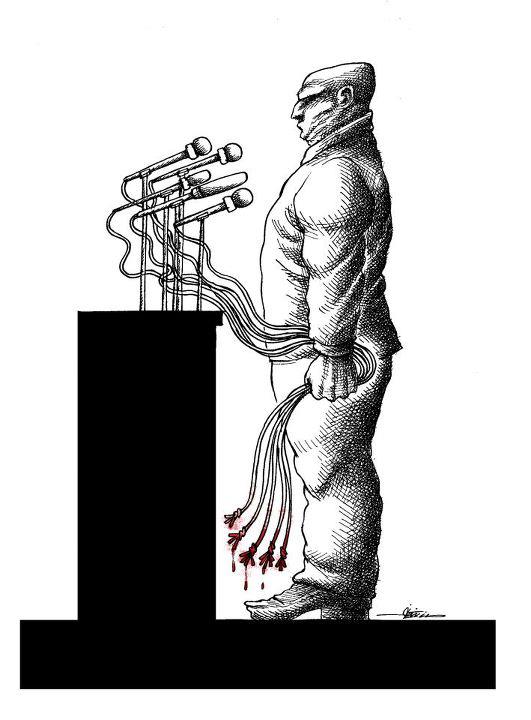 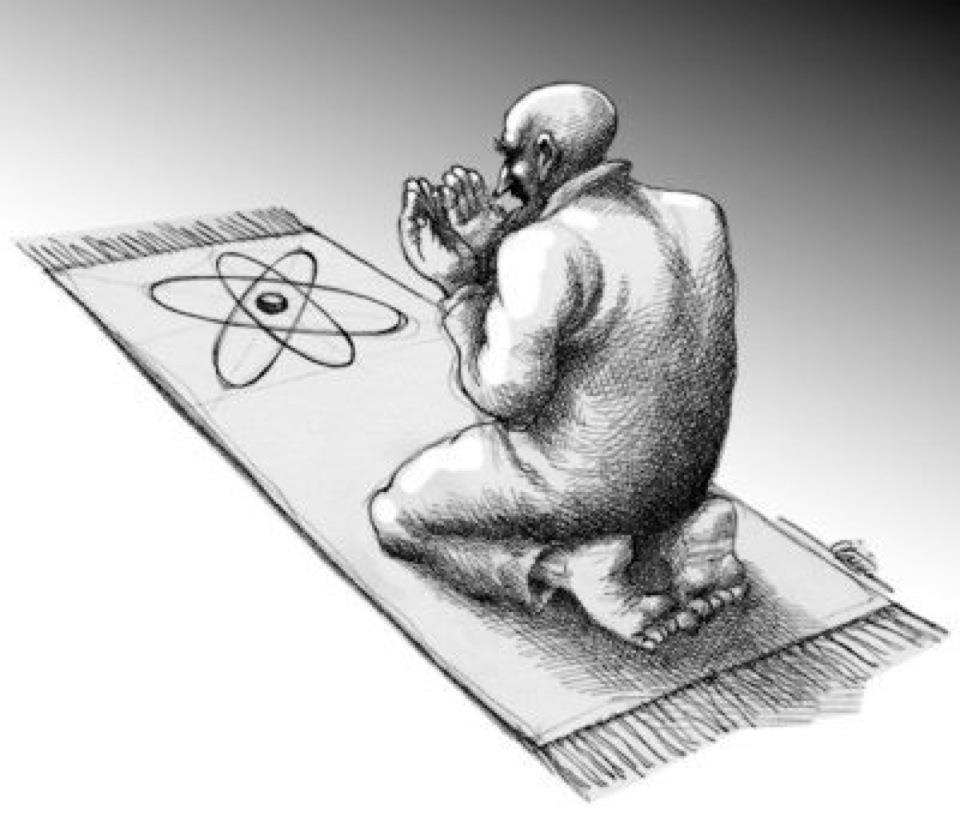 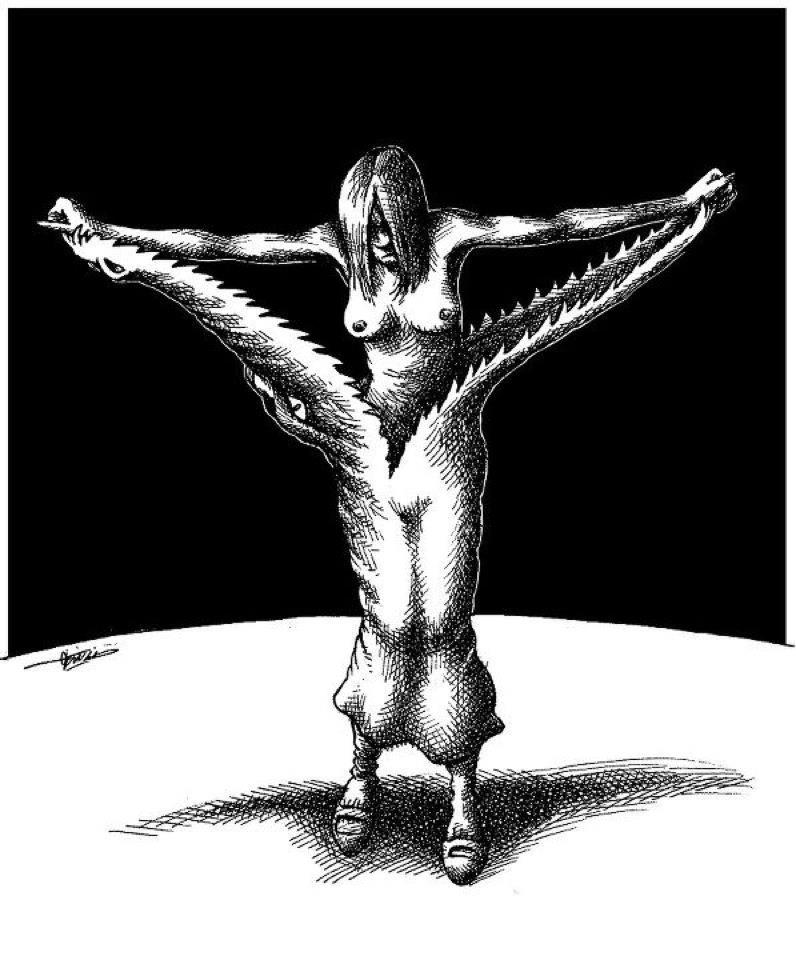 Context: Illustration of the contest between Iran and its international foes 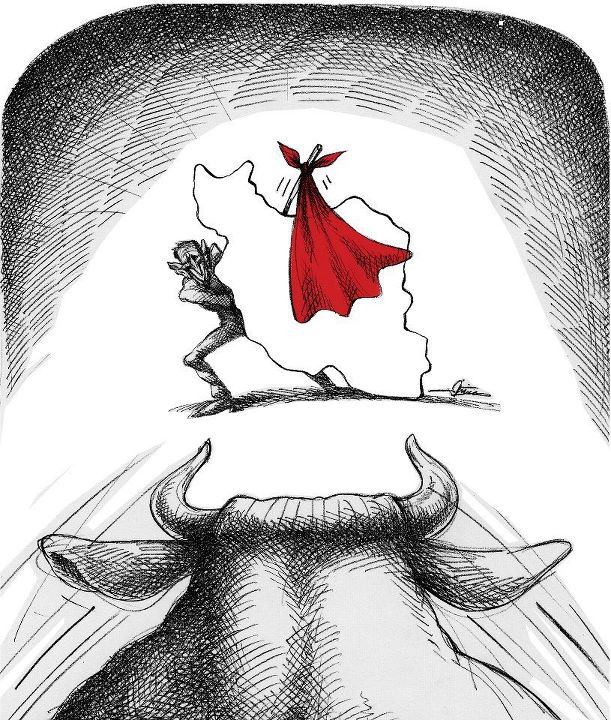 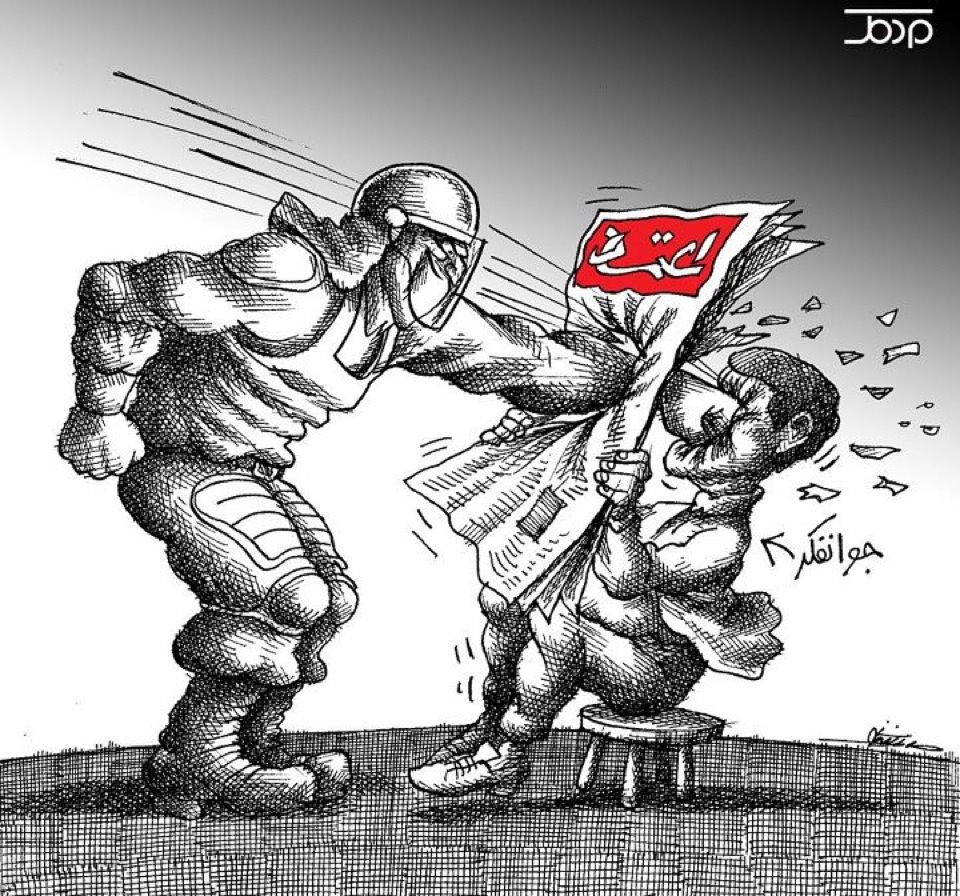 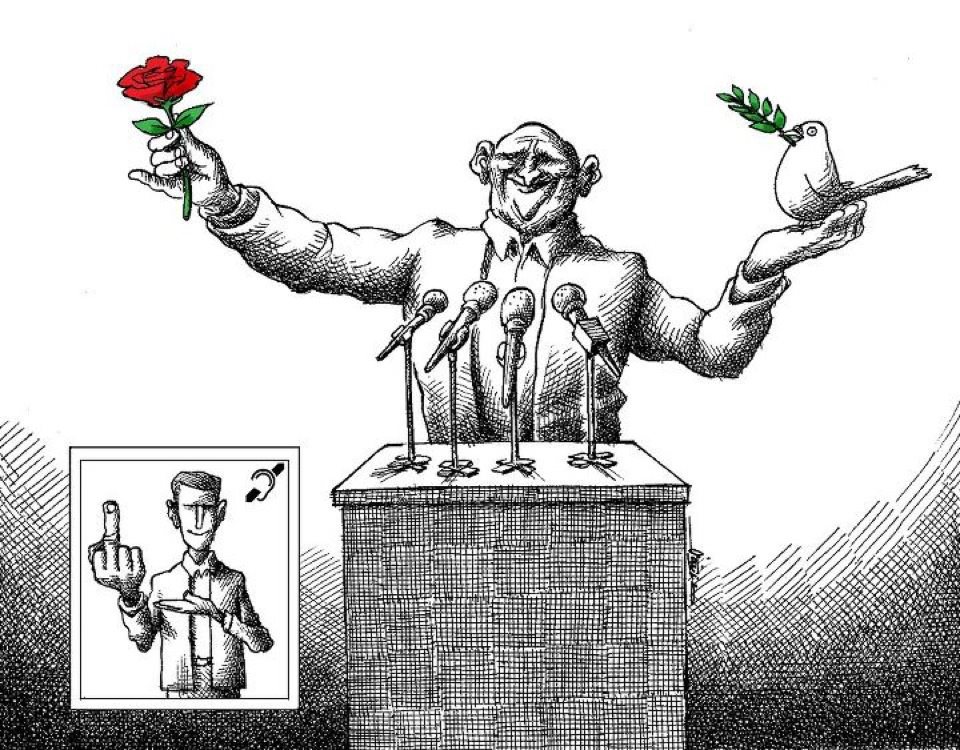 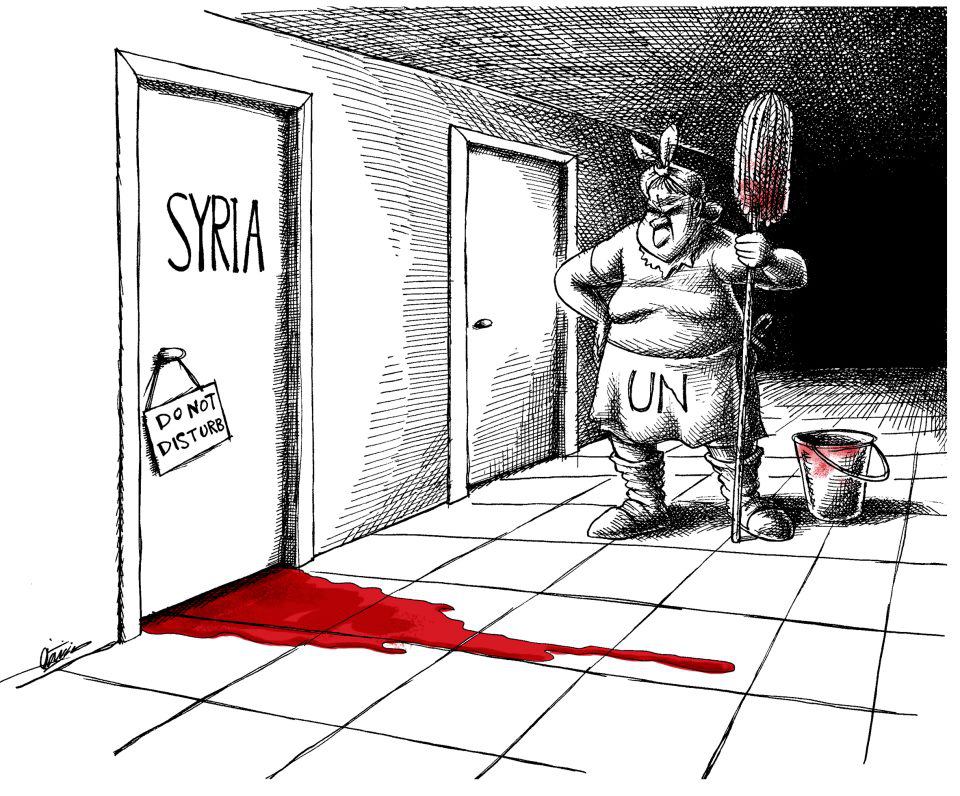 Title: Few Centimeters to the Execution 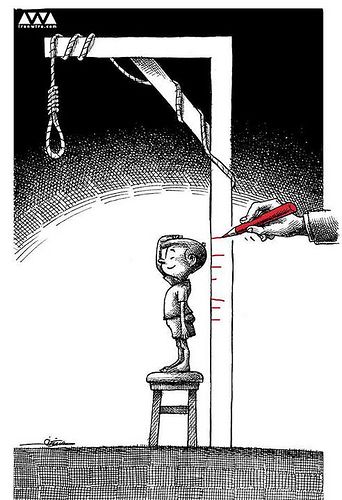 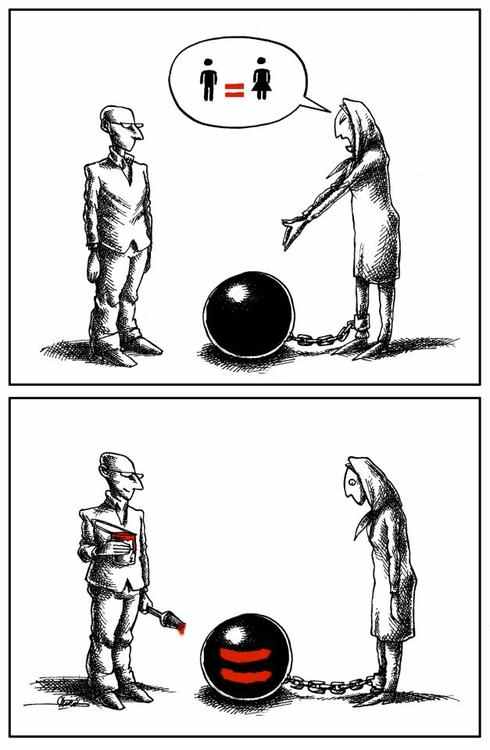 Context: Contrast between the developed and developing world 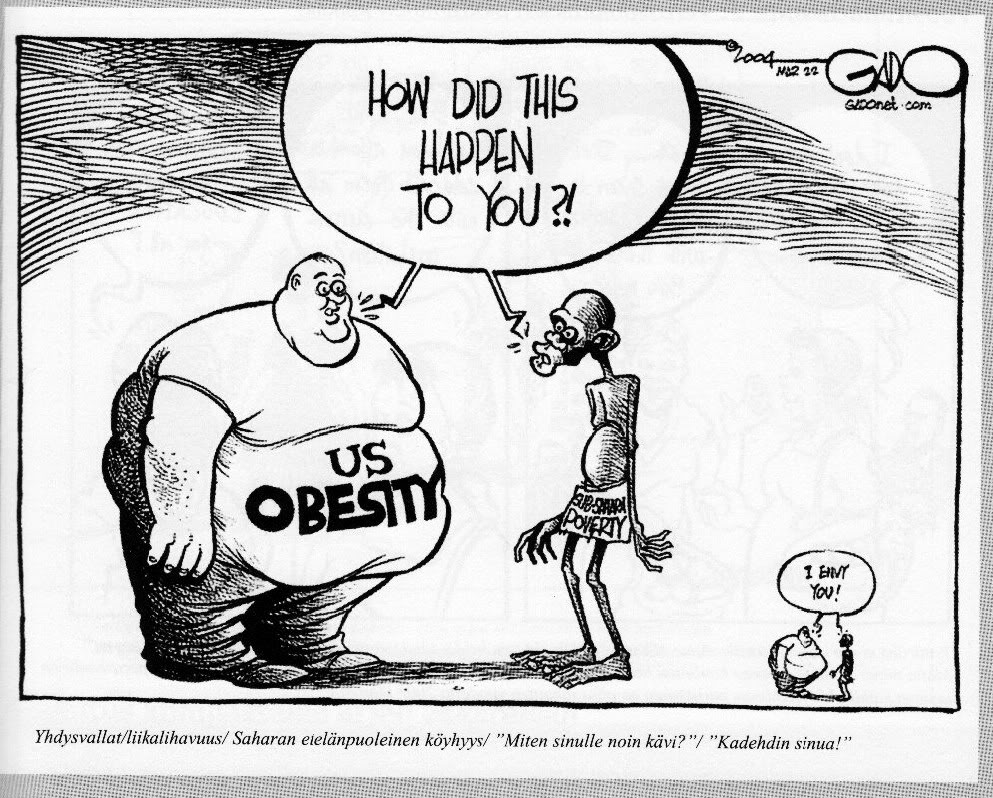 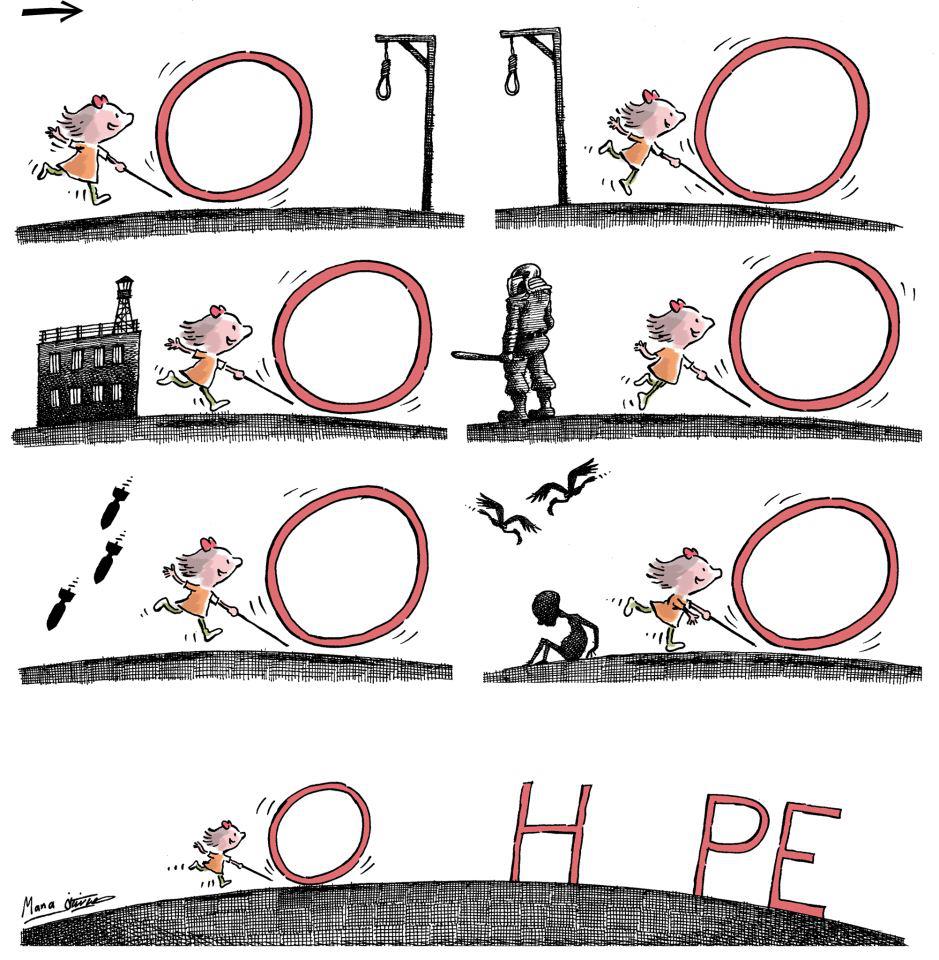 To the "friends" from ABVP
Jharkhand - 22-Yr-Old Medical Student's Body Found in Patratu Dam With Hands, Legs Tied
Why Russia is about to decriminalise wife-beating #Vaw
Statement - End Political Impunity to Rapists