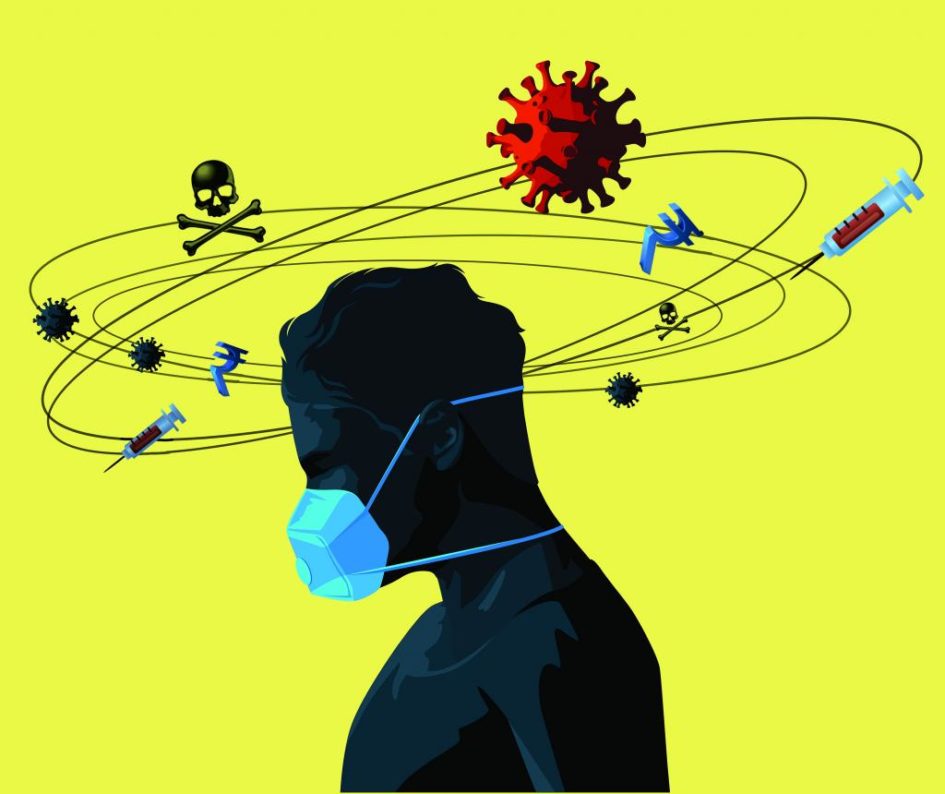 Madurai’s Covid-19 surveillance and sero-survey data show that the city detected just 1.4% of all infections from May to October 2020, despite conducting 70% more RT-PCR tests per 100 people compared to the Indian average

Chennai: The first detailed city-wide analysis of Covid-19 surveillance and sero-survey data from India shows what testing could and could not capture. An analysis of a large dataset that captured Madurai’s first Covid-19 wave finds that even though Madurai tested at a higher rate than the Indian average, the city likely captured only 1.4% of infections and only 11% of deaths among those aged 15 years and older. This suggests that a much larger number of infections and deaths were missed countrywide.

The risk of death in the city was higher than in the US or England, a report published today in The Lancet states, indicating that Covid-19 RT-PCR surveillance in the city picked up the more severe cases.

The city of Madurai in southern Tamil Nadu is home to more than 1.7 million people. With over 73,700 confirmed cases, Madurai district is Tamil Nadu’s eighth worst Covid-19-affected district, and saw a significant outbreak during India’s first wave.

Using official but so far unpublished data on more than 440,000 RT-PCR tests carried out in the city between May 20 and October 31, 2020, as well as a government-funded, statewide sero-survey conducted in October-November 2020, a team of researchers led by epidemiologist Ramanan Laxminarayan of Princeton University found that being older, male and having a history of cancer, diabetes and other specific comorbidities each increased a patient’s chance of dying from Covid-19.

Madurai’s Covid-19 surveillance was better than the Indian average–between May and October 2020, the city conducted 13.5 RT-PCR tests per 100 people, compared to 7.9 tests per 100 people for India as a whole. Yet, the paper finds that Madurai’s testing detected just 1.4% of all infections estimated by the serosurvey, adding that “case data from other parts of the country might underestimate total infections by a wider margin”.

The sero-survey, conducted on a sample of 1,140 Madurai residents, meanwhile found that sero-survey participants known to have had contact with a person confirmed to have had COVID-19 had a 2.19 times higher probability of showing antibodies than those without known contact. Older people and those with comorbidities were also more likely to show the presence of antibodies. However, men and women were just as likely to have antibodies, indicating a greater level of asymptomatic infections among women given the lower number of women in the official case counts.

By the end of the sero-survey study period, it was estimated that 40% of the city’s population above the age of 15 had been exposed to the virus.

Case fatality rates were higher in Madurai than in the US, England, Italy, South Korea and China for every age group between 0 and 60, but were similar between Madurai and these countries for older ages, the paper shows. This could owe in part to the fact that the prevalence of known comorbidities among Covid-19 patients was higher at younger ages in Madurai than in the US and Italy, and lower at older ages. Based on data on officially reported cases and deaths and adjusting for age, the risk of dying from Covid-19 was higher among patients in Madurai than those in the US, Europe, China and South Korea. This, the paper’s authors say, suggests that Covid-19 surveillance in Madurai “captured a more severe clinical spectrum of cases”. In other words, less severe infections went undetected.https://e.infogram.com/fb53b665-e947-4b1d-b17d-c1e66cd86e8b?src=embed

The paper also points to the possibility of substantial undercounting of Covid-19 deaths. Given the number of infections identified by the sero-survey, the city should have expected to see far more deaths than its official tally. The researchers estimate that only 11% of expected deaths from Covid-19 were captured by official statistics.

The MLA from Madurai Central is P.T.R. Palanivel Thiagarajan, currently the state’s finance minister. During his April 2021 election campaign, Thiagarajan told IndiaSpend that Madurai’s crematoria reported far more deaths than the official records captured, and pushed for an independent audit of Covid-19 deaths.

The state’s health administration does not fully agree that it missed substantial numbers of Covid-19 deaths. “We believe that this is an educated state with relatively high health-seeking behaviour, so people who are seriously ill will have gone to the hospital and been diagnosed if it was Covid-19,” B. Chandra Mohan, principal secretary in the state’s tourism ministry, and designated Covid-19 monitoring officer for Madurai district, told IndiaSpend.

“The models that are used for infection fatality rate (IFR) might predict higher deaths but this doesn’t necessarily mean that we can call those missed deaths,” he added. IFR projections, themselves based on estimates from other sero-surveys around the world, may not reflect the true picture, he suggested, adding that they could produce higher “expected” deaths than the “real” toll from Covid-19.

Gujarat- Outsiders in their own land
We can all finally know who's funding Modi government
Censor chief accuses Ashoke Pandit of forgery
‘President’ Modi In A Federal India?