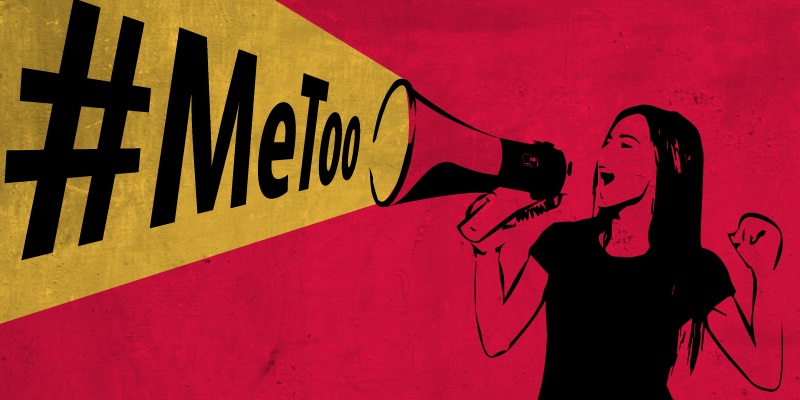 The raw, collective rage around sexual harassment will deplete as the New Year rolls in but that it defined 2017 is a testament that there’s enough will to question and challenge power, writes Meera Vijayann, an independent journalist based in Washington DC who covers gender rights and development.

In the summer of 2011, I found myself accused of theft. What began as a promising career in a publishing startup in Bengaluru suddenly took a strange turn. I was in my mid-20s and it was a job I’d dreamed of; I reported directly to the CEO, there was a lot of room for creativity, and I drew a decent salary. It was everything I’d imagined. I was one of the company’s first few employees, and I was thrilled that I had an opportunity work independently without a team.

I enjoyed what I did so much that I took no notice of my long work hours. Stress had insidiously begun to creep into my life. My boss mandated work timings. Then he began monitoring the websites we visited. Gossip flowed into lunch conversations.

Colleagues were pitted against one another. I spent several hours working overtime, once even staying at work past midnight. All of this raised red flags, of course, but I learned that other friends who worked in startups faced similar challenges. The cracks only became obvious when our pay cheques stopped coming.

When I confronted my boss, he told me that it was ‘normal’ for startups to delay payments. He pointed out my inadequacies.

People who joined startups, he reasoned, were driven by passion, not money. He poked and prodded on trivialities in my work; the edits I made in my pieces or the deadlines I had to adhere to.

I researched and wrote articles every day, and I felt intensely isolated and drained. The anxiety began to take a toll on my health. I trusted him so I stayed.

A month went by without a cheque, and then another. Still no pay. I ate just instant noodles and curd rice throughout this time. I couldn’t afford anything.

Soon, my colleagues began to look for alternatives. I had none. I’d already exhausted my savings on rent and utility payments. I also didn’t know who to approach. The police? My parents? My friends? I didn’t have the mental stamina to explain what I was going through. Besides, I felt a deep sense of humiliation and anger that I’d let it go this far. Then, the worst happened.

I walked into work one day and found myself being accused of stealing from the company. A device that my colleague was given was missing. He, like others, refused to show up to work after the company stopped payments. For over an hour, I was interrogated, threatened, and bullied into signing a letter to the police saying that I stole company property.

It had finally come down to blackmail. It took all the strength I had left to refuse to sign a document under duress. I had no fight in me to ask for the money I was owed. Even today, the memory of that moment— cornered into a conference room in a shared office space — stirs feelings of an unfamiliar, overpowering rage within me. To think that a wealthy entrepreneur found it that easy to subject a woman half his age to such mental and emotional torment is something I still cannot fathom.

Six years on, the Weinstein scandal has us talking about decades of workplace harassment and sexual abuse that many women have silently endured. These allegations are hardly surprising. That this problem is only just being discussed openly in a country like the United States, where the institution of justice is believed to have been in place for years, is telling.

The culture around protecting perpetrators has a long and painful history. And as women (and men) working anywhere in the world know, challenging power has consequences.

Few have the will and economic means to do it. I haven’t faced sexual harassment at work but I know of those who’ve put up with lecherous bosses, threats, and verbal abuse in their workplaces. Sometimes, for years.

As the years pass, new names crop up and old names are forgotten. Each time ugly, dirty secrets are swept under the rug.

Earlier this year, a survey on sexual harassment by the Indian National Bar Association found that most female employees tended to deal with harassment on their own because of fear, stigma and the lack of support.

In the United States, it’s no different. Companies spend millions on sexual harassment seminars but an Equal Employment Opportunity Commission survey in 2016 pointed out that three out of four individuals who have experienced harassment have never raised a formal complaint because they feared blame and professional retaliation. Often, for women working in sectors that are heavily dominated by men, the consequences are worse.

Who can forget the bravery of Bhanwari Devi, a grassroots worker, whose actions laid the foundation for the laws we have today to recognise sexual harassment in the workplace? Who can forget that she was violently gang-raped in retaliation? Or, for that matter, come to terms with the insensitivity and apathy shown by the justice system.

Surely, the raw, collective rage around sexual harassment will deplete as the New Year rolls in but that it defined 2017 is testament that there’s enough will to question and challenge power.

It will be long before things change — heck, culture doesn’t shift overnight. But the seeds have been sown. It’s time to start listening when colleagues ask for help, to question bosses, and most importantly, start standing up for those whose voices are unheard. It’s the only way forward.