24 hours after TMC leader’s car ran over Air Force official, no arrests in Kolkata yet #WTFnews

24 hours after TMC leader’s car ran over Air Force official, no arrests in Kolkata yet 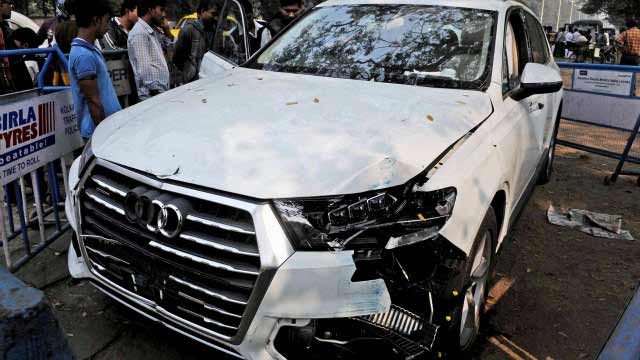 Ambia Sohrab’s house and office remain locked from the outside.

West Bengal Chief Minister Mamata Banerjee had condemned the incident and said the guilty will be punished and charges of murder will be slapped. But till now, not a single person has been interrogated or examined in connection with the case.

Ambia Sohrab’s house and office remain locked from the outside. Police say they are facing difficulty in tracking down the accused as his mobile phones are switched off, so the nearest tower location could not be traced for his location. Police also claim that it is difficult to identify the person behind the wheels as the CCTV footage is not clear.

Meanwhile, in the wee hours of Thursday, a funeral parade was conducted in the military hospital premises, and Gaud was given the guard of honour in the presence of his family members. Later, his body was taken in an Air Force aircraft to Mumbai, from where it was taken to Surat by road.

On Wednesday morning, at around 6.30 am, a drill was ongoing in the run-up to the Republic Day, when a vehicle entered the area that had been cordoned off. When Gaud tried to stop the vehicle near the south gate of Fort William – the Eastern Command headquarters, it hit him. The driver of the vehicle – an Audi, tore off the temporary number plates and fled from the spot. Gaud was taken to the Military hospital in Alipore, where he was declared dead.http://www.dnaindia.com/india/report-24-hours-after-tmc-leader-s-car-ran-over-air-force-official-no-arrests-in-kolkata-yet-2165721