5 custodial deaths daily during 2017-2018, India must ratify the UNCAT 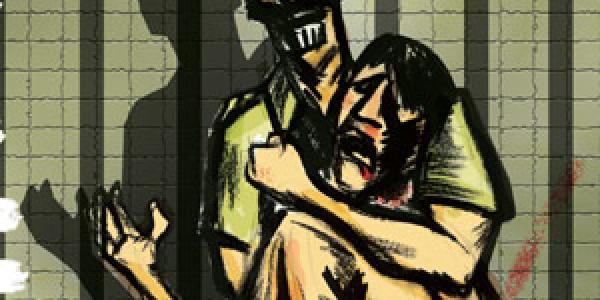 New Delhi: Asian Centre for Human Rights in its report, “Torture Update India” (http://www.achrweb.org/wp-content/uploads/2018/06/TortureUpdateIndia.pdf), released on, the 26th June, the International Day in Support of Victims of Torture 2018, stated that a total of 1,674 custodial deaths including 1,530 deaths in judicial custody and 144 deaths in police custody took place from 1 April 2017 to 28 February 2018 as per the statistics placed by the Ministry of Home Affairs, Government of India before the Rajya Sabha on 14 March 2018.

On the International Day in Support of Victims of Torture 2018 being observed today, ACHR stated that India must commit to ratify the UN Convention Against Torture (UNCAT) and place the Prevention of Torture Bill of 2017 as drafted by the Law Commission of India before the parliament during upcoming monsoon session to address the menace of torture in India.

“The ratification of the UN Convention Against Torture is also indispensable if India is serious to extradite fugitives to India as the UNCAT prohibits refoulment or extradition where there are substantial grounds for believing that the requested person sought to be extradited would be in danger of being subjected to torture. India has already lost the case of extradition of Kim Davy, an accused of Purulia arms dropping case of 1995 in Denmark and extradition of Sanjiv Chawla, an alleged cricket bookie in the United Kingdom on the ground that prison conditions in India amount to torture or inhuman or degrading treatment or punishment and that India has not ratified the UNCAT. Unless India removes the legal obstacles by ratifying the UNCAT, it may lose other extradition requests. Putting pressure on th e European governments for extradition to India will not work as the European Governments like the Government of India cannot interfere in subjudice matters and the financial fugitives will mount legal challenge at every step.” – further stated Asian Centre for Human Rights.

“The non-ratification of the UNCAT is seriously hurting India’s counter-terror and anti-corruption measures”, stated ACHR.

India signed UNCAT in 1997 and assured the parliament on 3 May 2000 that it would ratify the UNCAT. It did precious little to ratify it. The Lok Sabha passed highly the flawed the Prevention of Torture Bill (PTB), 2010 on 6 May 2010 but the Rajya Sabha preferred to refer the Bill to a Select Committee which had proposed amendments to the Bill to make it more compliant with the UNCAT. However, the Bill drafted by the Rajya Sabha Select Committee was allowed to lapse by then UPA government with the dissolution of the 15th Lok Sabha. The Parliamentary Committee on Government Assurances of the ongoing 16th Lok Sabha in its 30th Report dated 16 March 2016 while reviewing the assurance of the Ministry of External Affairs dated 3 May 2000 to ratify the UNCAT recommended that the ratification “be taken to its log ical end by amending the relevant status”. In September 2016, the Supreme Court issued notice to the Union of India on a Writ Petition filed by former Chairman of the Rajya Sabha Select Committee on the PTB, 2010 Dr. Ashwini Kumar seeking directions for a legal framework in terms of the UNCAT. Pursuant to the petition filed by Dr Kumar, the Central Government vide its letter dated 8 July 2017 asked the Law Commission to examine the issue of ratification of the UNCAT and submit a report on the matter. On 30 October 2017, the Law Commission submitted the Prevention of Torture Bill of 2017. The Supreme Court disposed off the petition of Dr Kumar on 27 November 2011 in view of the submission of the Attorney General that the report of the Law Commission is being seriously considered by the government.

Even neighbouring Bangladesh, Nepal and Sri Lanka ratified the UNCAT and enacted national laws against torture.