5 Muslim Nations Where Gay is Legal 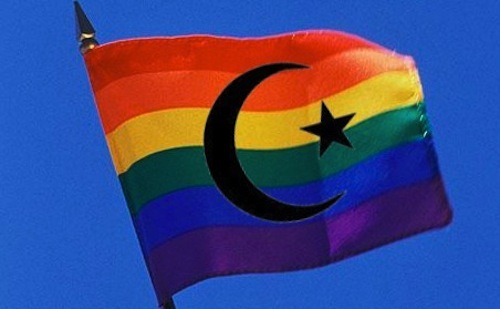 These are five Muslim countries where being gay is not a crime. What do they have in common? None of them were colonized by the British Empire. Many countries in the Global South, whether Muslim or otherwise, are generally using colonial laws that pre-date their local penal codes to criminalize romantic love between consenting same-sex couples. Whether in West Africa, or Southeast Asia, in the heart of Europe or the Middle East, these countries remind us that the conversation on gay rights is not as clean cut as some might have imagined it to be.

1. MALI
Gays in this African nation might face local homophobia, but the law is on their side. In 2010, a Malian volunteer for the Peace Corps wrote that she looked up the laws dealing with sexuality, and saw that Article 179 of the Malian penal code did not specify heterosexual or homosexual sexual activities, but instead decried public indecency. She said that she was relieved because most “countries in Africa, 38 to be exact, have laws against homosexuality and some with the death penalty.”

2. JORDAN
Jordan was under the Ottoman Empire, where homosexuality was decriminalized 75 years earlier, but between 1922 and 1945 the country was a subject mandated by the League of Nations. However, in 1951 the new nation made homosexuality legal. “Jordan is considered an open minded country, and when coming to cities, the tolerance is even higher,” said the editor of My.Kali, a gay magazine that is based in the capital, talking to the Italian-based e-Zine Il Grande Colibri. “And considering the fact that it’s an Islamic country, the morality of the culture could be a huge pressure to many people to remain discreet, but it never stopped many of my friends and other LGBTQ people to come out and show who they are,” he added.

3. INDONESIA
In Indonesia being gay has been legal since, well, forever. No, really, the country never had any legal prohibitions against homosexuality, at least since its founding as a nation. Further, the country has the longest running LGBT organizations in Asia. Despite having the largest Muslim population, Indonesia has remained a great example of the importance of the separation of religion and state. On the other hand, Singapore (non-Muslim) and Malaysia (Muslim), who are neighbors to Indonesia, have laws that make it illegal to be gay. The later two have both been colonized by the British Empire.

4. TURKEY
In 1858, the Ottoman Caliph decriminalized homosexuality. This affected many countries in three continents. When Turkey became a solo nation in 1920, it didn’t see a need to change this law. Omer Akpinar, who is with KAOS LG, which is one of the largest LGBT organizations in Turkey, told Mashable that their organization was never censored. Jack Scott, a British writer who moved to Turkey with his partner and who is the author of Perking the Pansies: Jack and Liam Move to Turkey, said his “obvious union with Liam has never attracted bad publicity from any Turk,” talking to the real estate company Quest Turkey.

5. ALBANIA
Being gay has been legal in Albania since 1995. This pre-dominantly Muslim nation has been in the forefront of gay rights in the Balkans. In 2013, ILGA Europe said that the country was the friendliest nation to the gays in the area, as it has a welcoming government and an anti-discrimination law. Kristi Pinderi, who is with the LGBT organization Pink Embassy, says that the anti-discrimination law is “important because in theory a teacher, for example, who is transgender, and decides to go and teach wearing a dress, I can’t imagine what the reaction would be, but the law protects that need, if there is a need like that,” talking to the organization International Day Against Homophobia.

All of the above mentioned countries, like the entire world, have varies challenges for LGBT people. However, because the law is on their side, living in these countries create an atmosphere where one can imagine a fight, a possibility of freedom, and the dream that one day being gay is not any different from being straight.

(Afdhere Jama is the author of  Queer Jihad: LGBT Muslims on Coming Out, Activism, and the Faith. He lives in the United States)

Jharkhand -Another Woman Dies Of Hunger after Aadhaar Disrupts Delivery Of Ration And Pension #Kill...
Punjab - Inter-caste couple hacked, , allegedly by woman’s family
Outrage As Privileged IITians Use Tech To Spy On Sweepers
Nobel Peace Laureate Mairead Maguire writes to Obama in Support of the Freedom of the Remaining Cub...