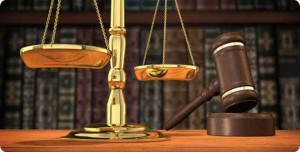 The list of unsuccessful candidates included 10 toppers who had held first or second rank in their states as well as some who had cleared the judicial services exams in more than one state.

According to the records collated from these states — Jharkhand, Haryana, Madhya Pradesh, Gujarat, Bihar, Punjab, Rajasthan, Uttar Pradesh, Odisha, Himachal Pradesh and Uttarakhand — only two serving judicial officers, one each from Haryana and Jharkhand, were able to make the cut.

The Indian Express analysed the data and also spoke to some of the candidates.

The DJS Main exam was held in October last year, and the results were declared on May 1. Of the 659 candidates who appeared for the exam, only 15 — just over 2 per cent — were declared successful. Among those who failed were six who had topped the judicial services exams in their states and four others who had held second rank. Three unsuccessful candidates, one each from Jharkhand, Gujarat and Rajasthan, had cleared the exams in their home states as well as in one more state between 2012-14.

On the other hand, some of the candidates who were declared successful had failed to clear the judicial services exams in their states. Interestingly, in its RTI reply to a DJS aspirant, the Delhi High Court stated that neither was there a fixed criteria for marking the answers, nor had the court prescribed any model answers.

The RTI reply, dated May 25, from the High Court Public Information Officer H K Arora, said marks were awarded to each candidate based on his or her performance.

As reported by The Indian Express earlier, Gowda has asked Delhi High Court Chief Justice G Rohini to look into allegations of “corruption, favouritism and nepotism” following complaints regarding the DJS exam.

In his letter dated June 18, Gowda said his ministry had received complaints about children of sitting Delhi High Court judges being declared successful. The topper and another successful candidate are daughters of sitting judges of the Delhi High Court, which conducted the exam to fill 80 vacancies of District and Sessions Judges in Delhi. Judges of the Delhi HC were involved in the preparation of question papers, evaluation of answer sheets and the interview process.

“The petitioners have alleged that the answer sheets were evaluated by those sitting judges whose sons/ daughters/ relatives took the exam. It has also been stated that the Delhi High Court failed to give satisfactory reply to their RTI query in this regard,” Gowda’s letter stated.

Attaching four such complaints with the letter, Gowda added: “The grievance holders have requested that a probe in the whole scam be made, this examination be scrapped or answer sheets of all 660 candidates be re-evaluated and final results be declared.”

Camp of Wrongs: A fact finding report on sterilisation deaths in Bilaspur
Solar-powered catamaran goes around the world in 584 days
Sikh cop Gagandeep Singh threatened for saving Muslim youth from mob #WTFnews
I Will Now Write My Own Story - JNU's Kanhaiya Kumar