75% of all children out of school are Dalits, Adivasis and Muslims

New Delhi: A reply to a questioned asked in the Rajya Sabha has brought forth alarming statistics in terms of education in India: despite the Right to Education and Sarva Shiksha Abhiyan, about 60.64 lakh children remain out of school across the country.

In response to a question asked by KK Ragesh, Member of Parliament from CPI, Minister for Human Resources Smriti Irani replied that of the 60 lakh children between the age of 6 and 13 who were out of school, most belonged to marginalised communities like Dalits, Adivasis and Muslims. 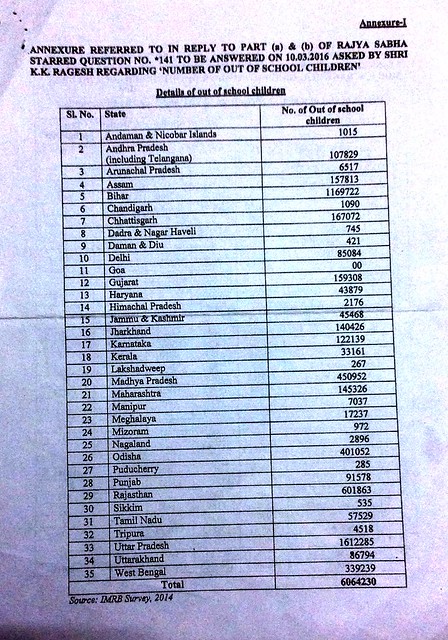 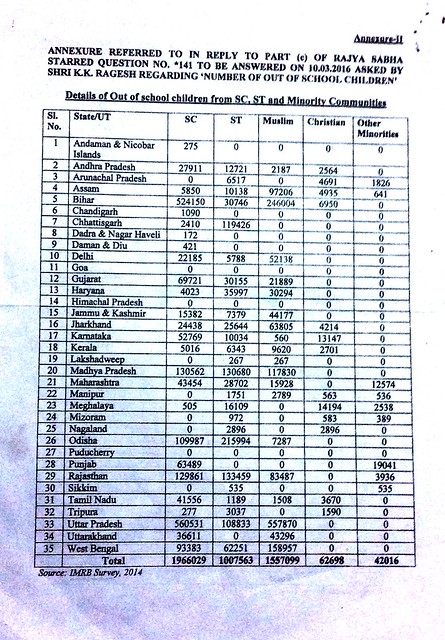 Goa, on the other hand, stands at the other end of the spectrum with no children in the age group of 6-13 outside school. Goa is followed by Lakshwadeep and Puducherry, with 267 and 285 children out of school respectively.

In Dadra and Nagar Haveli, there are 745 children out of school with 172 of these students belonging to the Schedule Castes.

The only silver lining is that the Ministry of Human Resources has taken an initiative to calculate the total number of children outside school and take steps to address the issue. Towards this end, a meeting was organised between National Commission for Protection of Child Rights and the MHRD which included members of National Advisory Board and members of Education ministries of all the state and Union Territories.