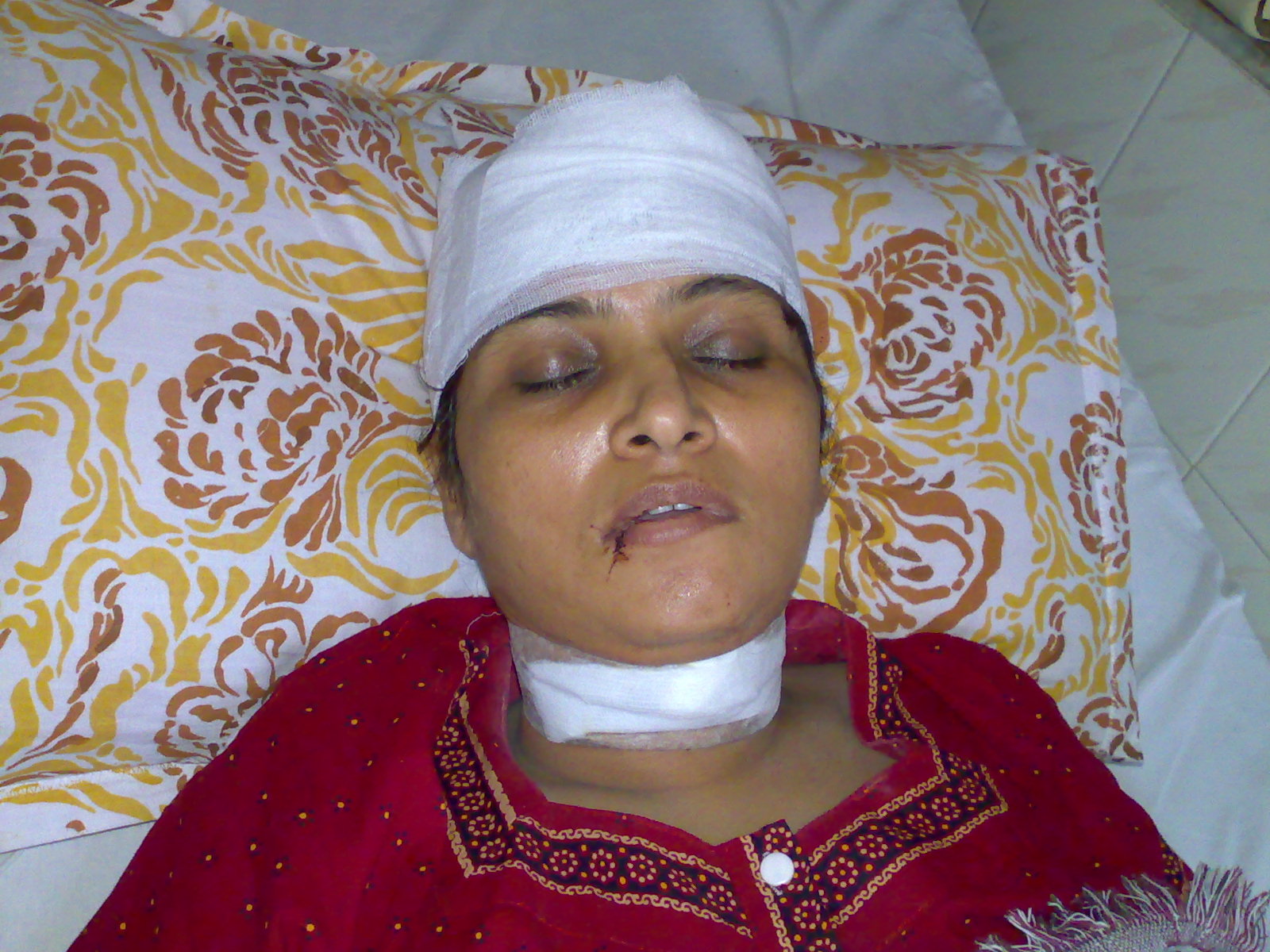 On 23rd July 2009,   Shamim Modi : a social activist and Chairperson, Centre For Law and Society, TISS, Mumbai – who  as a part of the  political conspiracy by her opponent politician in M. P. –  was sought to be murdered in Vasai, Mumbai; she survived despite sustaining 118 stitches all over her body; majority of it on her neck. She survived the attack, but the legal battle; even to ensure fair investigation, has been proving quite frustrating; as seven years, and Mumbai High Court has not decided her plea for fair investigation in the case.

As the Mumbai Crime Branch has failed to conduct fair investigation in the matter; despite, there being High Court Order in 2009, on 25/08/2010,  Shamim  had filed  second writ petition  (WP 2545/2010 ) at  the  Mumbai High Court  seeking  fair investigation; as: first police and later the CB CID, Mumbai  botched up the investigation; despite having found that earlier investigation officer of police has manipulated and destroyed vital evidences. The matter was heard for first two years; but, Ironically, in last five years, the matter has not moved a bit: the latest order of 21st March, 2016 of High Court, Mumbai, and order of 29th July 2011 confirms this; both the orders says:  the C.B.I. submitted that, the letter of ‘Rogatory’ has been issued to the Nepal authorities, where assailant is hiding. Though, in last two and half years, it was scheduled 9 times on request by our lawyer, Mihir Desai, but not heard until 21st March 16. Then, again on request, the matter was scheduled to be listed on 1st July, 2016; which, now, has been now rescheduled to 26th April 2017 – around a year later.

In a press release, Shamim and her husband and co-activist Anurag Modi, said: We are deeply concerned and pained; the way constitutional courts are handling petitions demanding expeditious and fair investigation in the matter of attack on activists, especially – the one accusing influential political figures. The matter attains more seriousness, when the case involves conspiracy of violent attack on women activists and academicians. They said, the delay has caused loss of vital evidences: Shamim’s both the parents, the  main witness in the case are no more; all the call details of the suspects has also been lost.

Shamim in her current petition has said that after completing her graduation in psychology from the Jesus and Marry College, Delhi, Master’s degree in psychology from Lady Shree Ram College, Delhi, Master of Philosophy (M. Phil.) in Social Psychology from the prestigious Tata Institute of Social Science, Mumbai and L.L.B. from Barkatullah University, Bhopal had given up her carrier and based on the Gadhian Principals initiated grassroots level work, in M.P., with her   husband Anurag Modi. And, with the support of Tata Institute of Social Sciences, Mumbai in 1996 formed an organization called Shramik Adivasi Sangahthan (SAS).  SAS’s work has annoyed the political class, which includes then ex Revenue Minister and local MLA of BJP, Kamal Patel. She faced constant threats to her life; in 2007, she was provided with two armed police guards. Eventually, this led to her joining TISS, Mumbai as an assistant professor, in 2009. But, the threat didn’t end; she was murderously attacked in her house in Vasai, an extended suburb of Mumbai.

First, her case was sought to be misrepresented by the police by merely treating it as an attempt to commit dacoity. Shamim, therefore, filed her first Petition at Mumbai High Court being Criminal Writ Petition. No. 2387 of 2009. During the pendency of the petition, Section 307 was added to the FIR registered and the writ petition was disposed off with a direction that the investigation be handed over to CB-CID, who were further directed to complete the investigation within a period of three months.

But, as the CB, CID had miserably failed like their counter part in police to investigate the real motive behind the criminal conspiracy to eliminate her. Though, it was confirmed in the investigation by Mumbai Crime Branch, that:  Senior Police Inspector of Manikpur Police Station, Ashok Pawar – who was earlier heading the investigation – with the malicious intention not only didn’t register the proper FIR; nor did he registered the proper statements of the victims and her activist husband, and actually eliminated the name of the Ex Revenue Minster of M. P. Kamla Patel, which was mentioned as prime suspect. He has also manipulated and tampered the vital Forensic Evidence; switched the blood soaked gown, which victim Shamim was wearing at the time the attack, with the slightly stained white Kurta and Grey Salwar, which was actually lying on the bed in the room while victim was being attacked.