“I am innocent” says Khan

NEW DELHI: Eight months, and now Dr Kafeel Khan’s wife cannot take it any longer. After keeping quiet hoping justice will get her husband out of jail within days, to rushing to Lucknow to meet with Chief Minister Yogi Adityanath hoping for justice, to keeping quiet waiting for the law to actually deliver, young Dr Shabista Khan is now in Delhi to examine further legal options to somehow get her husband bail.

April 20 was the date fixed for the bail hearing, and just before meeting The Citizen they were told it has been shifted again to April 25. Why? Because some nothings were not made by the clerks. Khan had been arrested in November following the tragedy at the Baba Raghav Das Medical College in which over 60 children were supposed to have died of shortage of oxygen. The official figure is 30 children and Khan came into the limelight as he was one of the few doctors noticed by the media as actually working night and day to help the children survive.

Now Khan has been in jail for eight months and as Shabista quietly reminded this reporter, “the ninth month has started.” 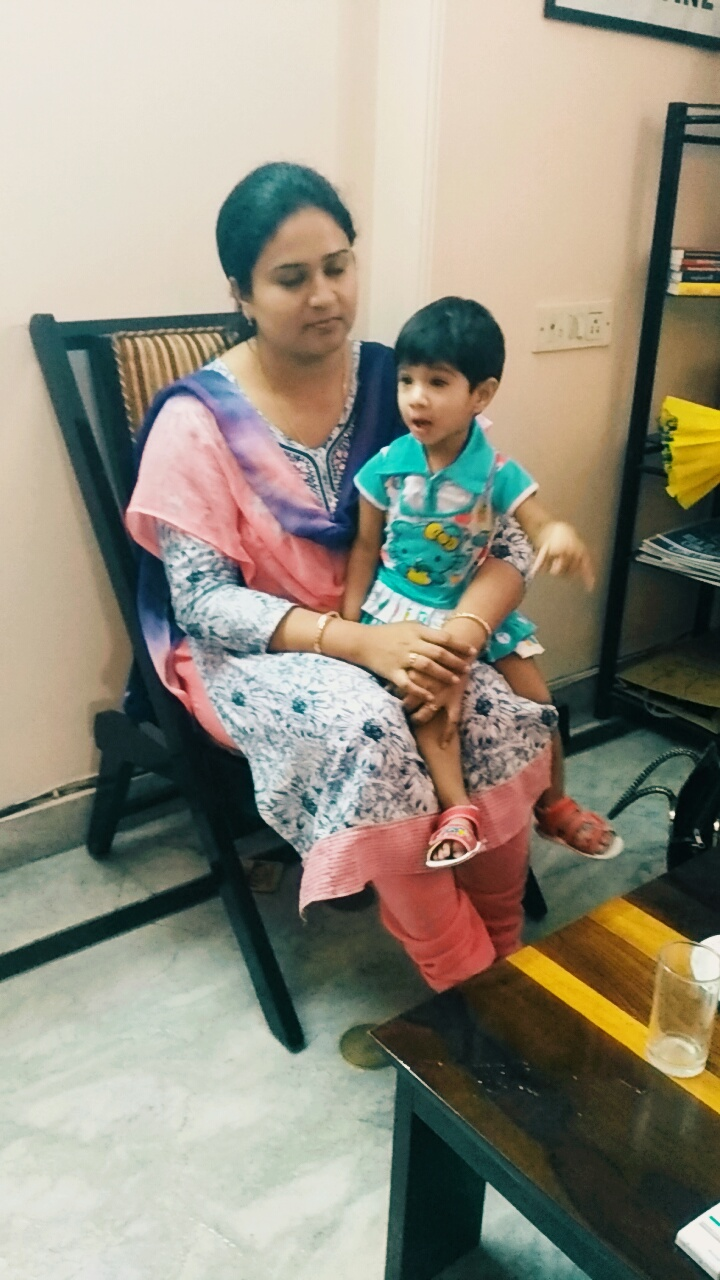 Shabistan Khan is herself a dentist, here now with her little daughter who has been visiting her father in jail. When Khan’s brother Adil Khan asked the one and a half year old child, “where is your father” she went running to the door as if to look for him. Shabista said that she could not meet him when he was finally brought to the hospital as she was here in Delhi now to knock at the door of the Supreme Court for justice.

She said that he is a heart patient, his blood pressure is running high with medicines, he is depressed and worried. He had severe chest pain because of which she and her family pressed for him to be taken to the hospital for a check up, but this too has taken days. A ECG and a blood test has been done, and some further tests scheduled for the next week. What are the results? “We have not been told,” she said. 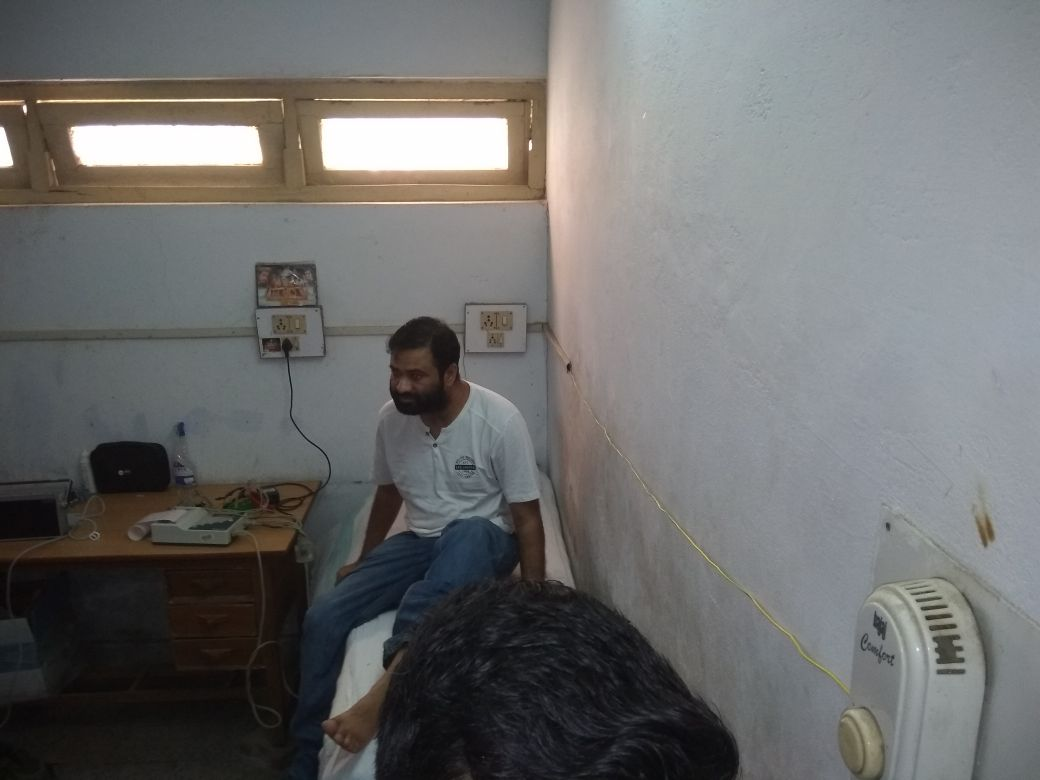 Kafeel Khan, a heart patient, had complained of severe chest pain and even then it took the authorities several days to clear his examination by a district hospital. Some tests were conducted that his wife describes as just a “formality, they are clearly not serious” but the results are still not known.

Khan surrounded by a small group of media persons who had got whiff of the hospital visit said he was innocent, that the officials were responsible for the oxygen shortage that killed the children and the doctors were having to pay the price. He said he feared for his life, a statement echoed by his family who are extremely worried now about his health. More so as he was moved into a cell with 130 odd criminals soon after being taken to jail, with his bail plea being shelved on one pretext or the other since. Khan trying hard to get a few words out to the camera, repeated he was completely innocent with the police, as the video below shows, refusing to let him speak

Shabista Khan said that he is in a tiny room with an open toilet that he has to share with the prisoners, an open bathing place. The situation is terrible, she said, and on prodding admitted that she has been rather depressed and worried as well having no idea when he will get bail.

There is visible worry in the family, with many members here in their search for justice. The lawyers in UP have been unable to get one successful hearing for Khan, with repeated postponements. Another accused in the case, Manish Bhandari who is the owner of Pushpa sales that supplied the oxygen had 13 hearings in UP before finally getting bail from the Supreme Court recently.