Changing the world sometimes is not about the big revolutions or the grand ideas, it begins by the tiny steps you and I can take.

The big picture can be overwhelming. The data certainly is alarming. And from an individual point of view, a natural reaction could be, “But what can I do?”

Patriarchy is a small word that washes over a range of problems, from maternal mortality to female illiteracy; the universalisation of #MeToo to the declining sex ratio.

If 200 lakh women fall off the labour map in India, if we know how equal participation at work will boost GDP, if we know that women hold less than 12 per cent of all seats in Parliament and that political parties, despite all the blah-blah about women’s empowerment, simply don’t give enough women a chance to contest, if we know that despite grand schemes like Beti Bachao, the sex ratio is abysmal, if we know that people in positions of power continue making absurd, sexist statements, it might seem easy to shrug and say, “Not much I can do.” 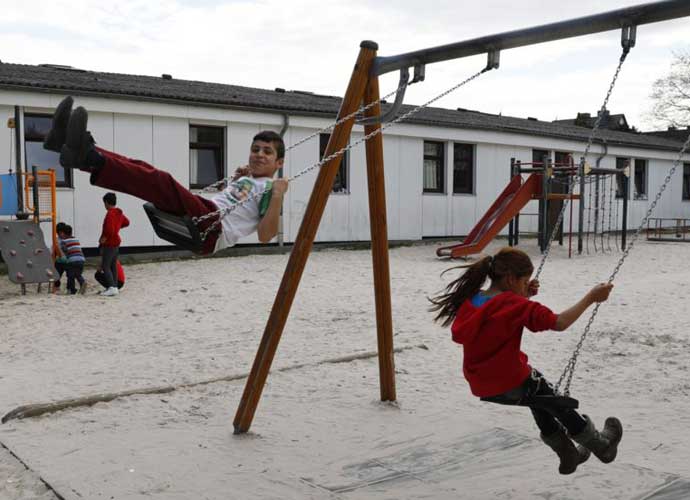 When we exclude girls from sport, we tell them that common spaces belong to men: playground today, public transport tomorrow. Photo for representation: Reuters

But now that International Women’s Day is done and dusted, now that the speeches and photo-ops and branding opportunities are past us, perhaps it is time to ask: What can I do?

A lot, it turns out.

Teach your daughters to say no

It’s great that we are telling them about bad touch. But why stop there? Too many of us still bring up daughters to be compliant, nice girls who will say yes to whatever is asked of them; girls who can “adjust”.

But teaching them to also say no is a practical skill that could help save them from exploitation, abuse and being treated poorly. If they can say “no”, they will speak up against injustice, to themselves and others.

If you can teach your daughter that it’s ok to say no, you will have given her a lesson in self-respect and autonomy.

And while you’re at it, don’t forget to teach your sons to learn to wait for a “yes”.

Ditch these expressions: “Don’t cry like a girl.” Or, “Man up.” Why is it even an insult to tell men to “wear bangles”? Sexual assault is not “eve teasing”, and there is nothing honourable about “honour killings”.

Words reinforce stereotypes. Women are noble, sacrificing, gentle. Men are brave, ambitious, adventurous. Within this narrative, when genders are flipped, an ambitious woman or a gentle man becomes an object of ridicule.

Sometimes, it’s the intent of words. On my 55th birthday recently, a friend told me that I didn’t look a day older than 45. I grinned idiotically and wondered why the hell this was even a compliment.

Get your son into the kitchen

In his book, The Married Man’s Guide to Creative Cooking, my feminist friend Samar Halarnkar makes a strong case of getting sons to shop, chop, baste, marinate, stir and clean at an early age.

To this I would add housework in general. Cooking, cleaning and caring are not the responsibility of women alone. Getting your boys to make their beds (and yours) will teach them to respect the work their mums do. It will make them self-reliant. It will ease the burden of unpaid care work on women, which incidentally is a big reason why so many educated women quit jobs.

Get your daughter to play

Why should only boys play sport in public parks? Gift your daughter a pair of football boots or a cricket bat. Teaching her a sport will give her confidence and tell her she is strong and capable. Getting her to play alongside boys will show them that girls are no different.

When we exclude girls from sport, we tell them that common spaces belong to men: Playground today, public transport tomorrow. If you believe that women do not belong to the peripheries, put your girls on the centerfield and let them play.

Assuming you are in a position to do so, professionally mentor at least one woman in your career. Make sure her voice is heard at meetings. Ensure she gets credit for her work. Show her where she’s going wrong. If she wants to quit because of family responsibilities – ailing parent, child’s board exams – talk to her about taking a sabbatical, working flexi-hours or working from home.

Fight for an equitable workplace with equal pay and one that is compliant with the country’s laws, including the laws on sexual harassment.

Check your own sexism

It’s a good idea to begin the fight against patriarchy by examining just how many of its sexist messages you’ve imbibed. When you’re talking to young women, is the main topic of conversation marriage and relationships rather than career and job goals? If a friend’s son wants a career in nursing, would you secretly mock him? At work, are you hesitant to ask for a raise or promotion because deep down you don’t think you’re worth it?

Can we script a new story? It’s up to us, but first we need to confront our own biases.

In many villages of Pithoragarh, Uttarakhand, women have a work culture known locally as alta-palta, literally give and take. This form of collective sharing and exchange of work exclusively done by women both empowers them and prevents their exploitation in the labour market, says feminist economist Ritu Dewan.

With alta-palta, a woman going to collect firewood will pick up a bit extra for her neighbour, knowing that the favour will be returned. Alta-palta makes back-breaking work like transplanting paddy while standing in knee-deep water for hours somewhat more bearable.

Can we do something similar in cities? Mind a neighbour’s child if the neighbour has a looming deadline, give freely and generously of our time and advice when asked for it, reach out for help when we ourselves need it.

If we all alta-paltaed our lives – you help me today, I’ll chip in tomorrow – wouldn’t it be so much easier?

Immerse yourself in the culture

Do you have a go-to song or singer? The earthy tenor of Aretha Franklin and Shubha Mudgal makes me feel invincible. How many books by women have you read this year? Who do you follow on social media? If a movie’s message appeals to you – Dor or Tumhari Sulu – make sure you spread the word. Be a consumer of culture that is created by women – or at least for women.

My best friend recently called me “aunty”. It was a joke, and unlike many truly obnoxious and sexist jokes this was harmless. This is a friend who is a feminist and with whom I share many gender conversations. And, yet, I snapped his head off and went into an enraged and prolonged sulk.

Every man is not the enemy. And, frankly, without a sense of humour, the battle against patriarchy will just be too long and too dreary. Every transgression need not become a source of endless outrage. There are far bigger battles to be fought. Choose them wisely.