96 Years Ago – Rosa Luxemburg was murdered in Berlin

Posted on January 15, 2015by rosaluxemburgblog 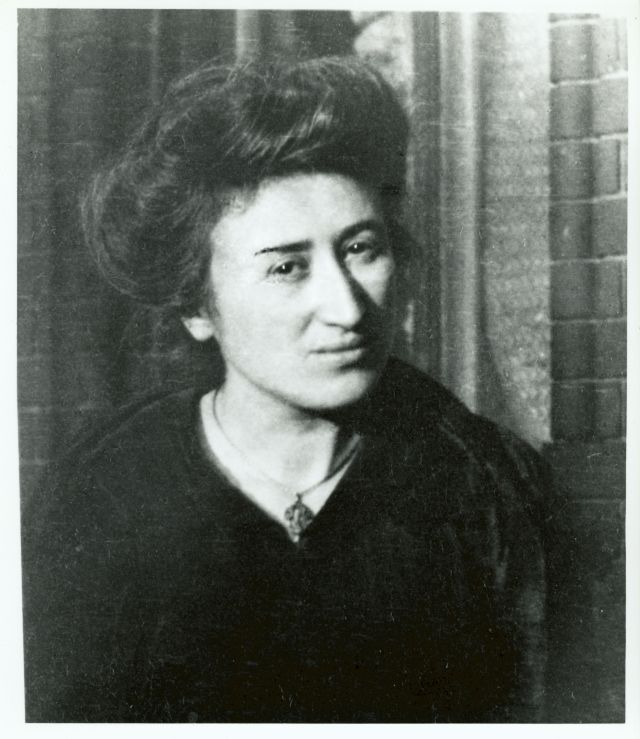 96 years ago today, on 15 January 1919, Rosa Luxemburg was detained, interrogated and murdered by right-wing soldiers under the command of socialist Defence Minister Gustav Noske. Today she is remembered around the world for her life and ideas.

Born in Russian-Poland in a middle-class Jewish family in 1873, Rosa Luxemburg emigrated to Switzerland after completing High School and enrolled at Zurich University. Whilst still a student she co-founded the Social Democracy of the Kingdom of Poland (SDKP, later SDKPiL), with Leo Jogiches, Adolf Warszawski and Julian Marchlewski, before being awarded a doctorate in 1897.

The following year, she moved to Berlin and joined the German Social-Democratic Party (SPD), then the largest and most powerful socialist organisation in the world. She rose to prominence on the left-wing of the SPD as a firebrand speaker, journalist and theoretician, writing works on economics, nationalism, imperialism, war, socialism and democracy.

Luxemburg taught at the SPD party school, wrote for party newspapers and represented the Poles and Germans at meetings of the Socialist International before 1914. When Revolution came to her homeland in 1905, she returned to Warsaw and endured imprisonment for her revolutionary activities, before returning to exile in Germany.

In the years preceding 1914, Luxemburg warned frequently of the oncoming crisis of imperialism and the dangers of a catastrophic war. She called on European workers to refuse to take up arms against eachother.

When war broke out in August 1914, the European socialist parties, who had long declared their hostility to war and determination to resist it by all means, crumbled and supported their respective governments. When the SPD voted in favour of war credits in the Reichstag (thus demonstrating support for the Kaiser’s government and the war), Luxemburg contemplated suicide for the only time in her life.

Luxemburg co-founded the anti-war, socialist group ‘The Spartacus League’, named after the Roman rebel slave, with other German socialists. Her anti-war activities soon led to her arrest and she spent the majority of the four years of the war in the Kaiser’s prisons. From her cell, she produced the anti-war ‘Junius Pamphlet’ as well as other works, whilst also leading the underground Spartacus League. Her own party, the SPD, disowned and expelled her and other anti-war activists.

In November 1918, sailors mutineered and began the German November Revolution. The Kaiser was deposed, workers and soldiers councils established and a new government, led by the SPD, took control of Germany. Rosa Luxemburg was released from prison and returned to Berlin, where she co-founded the German Communist Party (KPD) on New Year’s Eve.

Tensions between the SPD government (headed by Friedrich Ebert and Phillip Scheidemann) and the more radical socialist parties, namely the Independent Social-Democratic Party (USPD) and the KPD, boiled over on 5 January 1919. The spark was the government dismissal of Berlin’s police chief, Emil Eichhorn, a USPD member who had been appointed during the November Revolution. In response, strikes and demonstrations erupted across the city, led by the USPD, KPD and Revolutionary Shop Stewards- who formed a ‘Revolutionary Committee’.

Armed workers and soldiers occupied the newspaper district and other key buildings in central Berlin, while the leaders of the Revolutionary Committee argued, dithered and fractured. Meanwhile, the government moved in well organised regiments of ‘Freikorps’ (right-wing soldiers formed out of demobilised soldiers and led by reactionary officers), positioned outside the city by Defence Minister Gustav Noske, who called himself ‘the Bloodhound of the Revolution’.

The ‘Spartacist Rising’, as the government labelled it, was crushed with hundreds of casualties among armed revolutionaries and civilian workers, and acts of barbarism by the Freikorps. Leading Communists and left socialists were arrested, beaten up and hounded.

On 15 January, Rosa Luxemburg and fellow KPD leader Karl Liebknecht were discovered by the Garde-Kavallerie-Schützen-Division Freikorps. at a house in a middle-class suburb of Berlin. They were taken for interrogation at the Hotel Eden, before being murdered, their bodies dumped in Berlin’s Tiergarten.

Every year since 1919, people have gathered at the graves in the Friedrichsfelde Cemetery to mark the anniversary and remember Luxemburg and Liebknecht (except during the Nazi era, when the graves were desecrated).

For a range of Rosa Luxemburg’s works and letters available free and online, visit the Marxists Internet Archive at: http://marxists.org/archive/luxemburg/index.htm