A better life outside India

In New India, unity hides in a cast-iron statue, its syncretic history compressed in a structure that’s only 183m tall 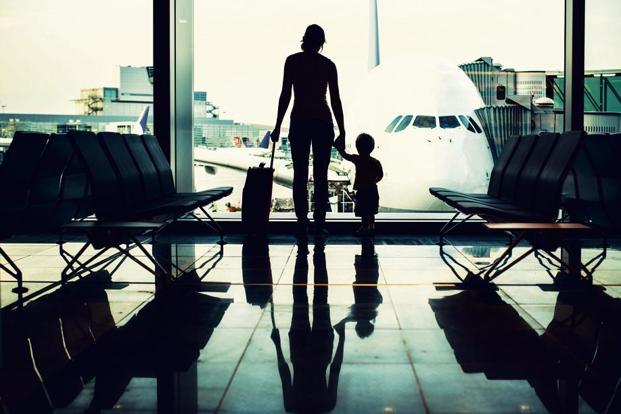 You’ve probably been part of a wishful drawing room conversation discussing how the time may have come to leave India and seek a better life elsewhere. Like me, you might even know someone who has left or is due to leave soon. Maybe you are one of those parents who urge their children graduating in international universities to stay put and not be in a hurry to rush back home.

There are enough reasons to leave if you have the resources or the opportunity. In New India, unity hides in a cast-iron statue, its syncretic history compressed in a structure that’s only 183m tall. From dystopian bovine-related lynchings and other targeted hate crimes to air pollution—that murderous equalizer that doesn’t care about your religion, caste, gender, economic background or political affiliation—there are an increasing number of threats your privilege can’t protect you from. Jobs are scarce, and the incidence of cancer is rising alarmingly.

It’s no wonder that 17 million people opted out of India just last year—and this during a time when the migration of our unskilled workers fell by 25%, according to the Asian Development Bank’s Asian Economic Integration Report 2018. We topped the list of people leaving their countries—China was a distant second at around 10 million.

In recent months, human rights activists have been jailed, elected representatives spew hate speech and any dissent is labelled anti-national. An anti-establishment Facebook post could always get you jail time in India, but now even forwarding a WhatsApp meme against the prime minister can result in an arrest. Once we reacted to such news with outrage, now we shrug.

It’s clear to everyone that politics will just get uglier before the 2019 general election. You are at an additional disadvantage if you are a religious minority, woman, Dalit or even the parent of a young child who has a one in two chance of encountering sexual abuse. It’s no wonder people are saying bye.

As we found out earlier this year, an Antiguan passport can be had for ₹1.3 crore and a handful of other Caribbean destinations are quite competitively priced. While the US, UK, Canada and Australia have been favourite migration options for Indians for as long as I can remember, countries such as Belgium, Sweden and Norway are making it to our list too, according to a report in The Times Of India that quotes ministry of external affairs statistics for 2017.

For young professionals, a better quality of life at these last three destinations is just an airplane ride away. In January, my neighbours Astrid and D, both 32, will leave for Gothenburg, Sweden, where D has found a job as a project manager. They’ve been thinking of moving for the last three-four years, largely because of health and safety reasons and because of an increasing awareness of their religious minority status.

“I’ve never had asthma but these past few years every couple of months I’ve had terrible attacks. The moment I leave Bangalore I’m fine,” says Astrid. Additionally, she says, tracking India’s rape culture has terrified her so much she has stopped her newspaper subscription. “I don’t feel safe here. I love wearing dresses and little shorts but I don’t feel comfortable wearing them here. I even carry a stole every time I wear anything sleeveless and the moment I feel someone staring, I cover up. I realize that I’m changing,” she says, adding that she’s linked her Ola and Uber apps to her husband’s so he knows every time she takes a cab. “We are Catholics and both of us feel like foreigners in our own country.”

When they tried out the Swedish experiment earlier this year, they found they missed nothing about Bengaluru except their families and a few close friends. “Many Indians tell us we will find it difficult to adjust but in our minds we are like, ‘no we fit in really, really well. It’s here that we find it difficult to adjust’,” says Astrid, who’s learning to cycle before she leaves. The couple also plans to learn Swedish so their new country of residence is an easier fit.

Which brings us to the question that’s hanging over many of our heads these days. Why do those of us who can leave, stay? Maybe we stay for those who can’t leave—our parents, our grandparents, or even friends who might need our help if things get worse. Maybe we want to fight for what we believe is our idea of India. Or maybe it’s more selfish. Maybe we stay because we know we won’t be able to exploit household staff in Europe, or because we know that there will be no one to fetch us a glass of water every time we holler. Maybe we stay because it’s easier to carry the burden of slurs such as urban Naxal and anti-national than racial slurs we are likely to face elsewhere. Maybe we are still here because the world is increasingly being ruled by quasi fascists. Here at least, we are boss of our own backyard.

Maybe we stay because we feel like there’s no place like India, even if what we call India is essentially the beautiful bubble we’ve created for ourselves. My bubble, for instance, has blue skies, great weather, wide pavements, amaltas and gulmohur. I work from home so my bubble is traffic free. We reside in a mixed neighbourhood and my bubble is largely harmonious; my daughter’s two best friends are Muslim and Christian.

Sure we shake with rage and despair every time we sneak a peek out of our bubble, but maybe that’s not enough to start from scratch someplace else. Maybe we stay because despite everything, this is home.