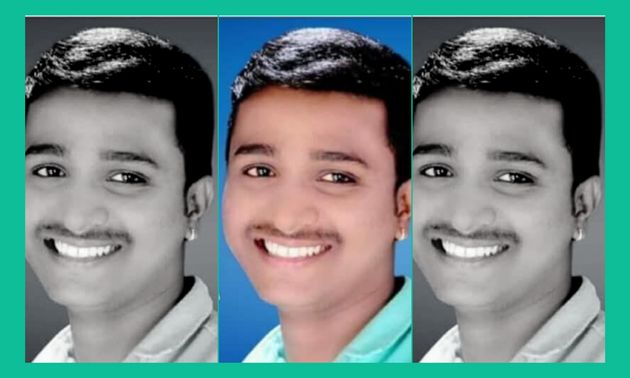 Viraj Jagtap, only 20 years old, was killed in what the Pune police have described as a caste killing.

Family members say, and the Maharashtra police suspect, Viraj Jagtap, a 20-year-old Dalit man, was killed in Pune for being in love with a savarna caste woman.

NAGPUR, Maharashtra: Viraj Jagtap was only nine months old when his father died. But Jagtap, who was a Dalit, had worked hard to set up a successful travel and transport business and look after his mother Reshma.

Yet on June 7, Reshma’s dreams for her only child were shattered when Jagtap was cruelly killed in what the Pune police have described as a caste-killing. Jagtap was on a motorcycle when he was run over by a tempo driven, police say, by Jagdish Kate and five associates and subsequently thrashed with an iron rod.

Jagtap was only 20 years old.

“While attacking Viraj Jagtap, Jagdish Kate uttered that Viraj can not love his daughter since he belongs to a lower caste. Jagadish Kate also spat on Viraj while hurling casteist abuses at him,” the police First Information Report reviewed by HuffPost India says.

Jagtap’s cousin Pralay Jagtap said Kate and his associates, who are believed to be from a Savarna caste, were enraged by Jagtap’s eight year relationship with Kate’s daughter.

“Kate’s daughter and Viraj loved each other since standard 8. But Kate got a wind of it when they were in standard 11,” Pralay said.  “After this, Kate stopped the education of his daughter and put restrictions on her movements.”

Pralay said Jagtap and Kate’s daughter remained in a relationship despite her father’s disapproval. “Before Viraj’s murder, she was constantly trying to call him,” he added. HuffPost India could not contact Kate’s daughter, whose name is withheld to protect her privacy.

Jagtap’s relatives say the police did not respond soon enough to their requests for assistance and fear that crucial evidence may have been tampered with.

Rahul Dambale, a prominent Dalit activist and a relative of Jagtap’s, said CCTV footage of the road where Viraj was attacked has been erased.

“This isn’t the first such incident during the lockdown. The incidents of atrocities on Dalits in Maharashtra have increased during this lockdown period and they are being brutally murdered,” Dambale said. “Cases have been reported from Aurangabad, Beed, Nagpur, and now Pune. But the state government is silent on it.”

One such incident, Dambale noted, had occurred in the constituency of Anil Deshmukh, Maharashtra’s home minister.

Jagtap started his travel company in Pune’s Chinchwad neighbourhood four years ago when he finished high school, said family members who remembered him as honest, hardworking and driven.

At the time of his senseless murder, he owned an enviable fleet of taxis including a Maruti Suzuki Swift, a Mahindra XUV, a Maruti Ertiga and several scooters and motorcycles.

“He was the only child of his parents and everything for her mother Reshma Jagtap. In a short span of four years, he had set up an enviable travel business,” Pralay, his cousin said. “He was in the second year of his graduation.”

On the evening of June 7, he was riding a motorcycle  when he was rammed from behind by Jagdish Kate. The police FIR makes for chilling reading.

“Viraj survived and tried to run from the spot. But the attackers were carrying iron rods and stones. (Accused) Hemant Kate smashed the iron rod into Viraj’s head and Sagar Kate attacked him with stones while Jagdish Kate, Rohit Kate, Kailas Kate and Harshad Kate tightly held his hands and legs,” the FIR said.

The murderer’s did not stop at this. One of them called Viraj’s uncle and told him that they had killed Viraj and had thrown his body at a particular part of the neighbourhood.

“We reached the spot and rushed him to the hospital at around 10 pm at night,” said his cousin Pralay, who said Jagtap was conscious till about 11:00 pm, and narrated the details of the incident to his relatives before slipping into a fatal coma. He died the next day, June 8, at 3 pm in the afternoon.

Despite alerting the police the moment they learnt Jagtap had been attacked, Pralay said, no one arrived in time to record Jagtap’s dying declaration.

“Had they reached earlier, they would have got the details of the incident from Viraj himself,” Pralay Jagtap said.

“He was everything for me. He was the only reason for me to be alive. He was only 9 months when my husband passed away,” Reshma Jagtap, his mother said, in a statement to Marathi television channels. “He had turned 20 in April this year and now he has vanished in front of my own eyes. His murderers should be hanged.”

“Offenses have been registered under section 302 of the Indian Penal Code with riots and under the SC-ST Atrocity Act in this case,” Shreedhar Jadhav, the Assistant Commissioner of Police of Pimpri Chinchwad area told reporters in Pune. “All six accused have been arrested in this case. Further investigation is going on.”