A chilling effect of #MeToo in academic medicine 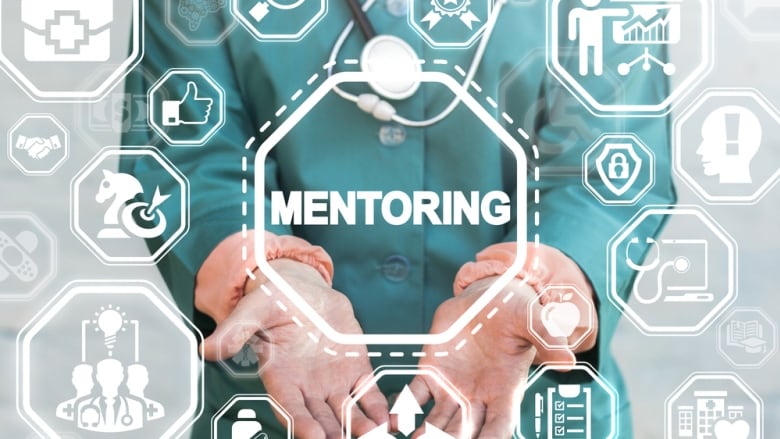 A group of Canadian scientists says a backlash against the #MeToo Movement is depriving women of mentoring opportunities in academic medicine. (Shutterstock / Panchenko Vladimir)

Here’s this week’s Second Opinion, a roundup of eclectic and under-the-radar health and medical science news. If you haven’t subscribed yet, you can do that by clicking here.

It’s a hashtag powerful enough to take down Hollywood’s elite.

While the #MeToo movement has officially been around for more than a decade, the campaign really took off a year ago this week, when the New York Times published its investigation into movie mogul Harvey Weinstein.

Since then, hundreds of women have levelled accusations of sexual misconduct against a growing list of high-profile men.

And while #MeToo has ended, or at least sidelined, the careers of some household names, it also has unintended chilling consequences on women seeking careers in the medical profession, a new commentary says.

A commentary published this week in the New England Journal of Medicine suggests that very same hashtag is also creating a “culture of fear” in academic medicine, scaring off men from mentoring women.

“Some men in positions of power now say they are afraid to participate in mentoring relationships with women,” reads the commentary, penned by six Canadian scientists — all women working in the fields of medical research and education.

“Men say they fear false allegations of sexual misconduct that could compromise their reputations and end their careers, even if they were found to be innocent.”

The authors describe this #MeToo backlash as “hostile sexism” because it punishes women by withdrawing mentorship opportunities from those who challenge the status quo.

“Mentorship for women was never that great.… But now there’s a deliberate withdrawal of mentorship that we found very troubling,” said Sophie Soklaridis, the commentary’s lead author and a scientist at the Toronto-based Centre of Addiction and Mental Health (CAMH).

Harvey Weinstein is escorted in handcuffs to a courtroom in New York on July 9. The #MeToo movement really took off a year ago, when the New York Times published its investigation into the movie mogul. But now a commentary says the movement has unintended chilling consequences on women seeking medical careers.(Richard Drew/Associated Press)

Increasingly, she says, #MeToo is being used as an excuse for men not to mentor women. Mentoring in medical circles is a big deal, with academic doctors having a “professional and moral obligation to mentor the next generation of medical professionals,” the commentary says.

Not doing so would have serious consequences on a woman’s career trajectory, says Soklaridis, noting that it makes all the difference if you have someone that takes you under their wing, and opens the door to opportunities and advancement. “When women are not on the radar, it limits their opportunities for these kinds of advancements,” she said.

It also comes when there are more women than men enrolled in medical schools in Canada and the U.S., yet women only account for 16 per cent of medical school deans and 15 per cent of department heads at teaching hospitals.

The authors fear denying access to mentoring relationships will perpetuate this gender gap.

The commentary was based on a number of years’ worth of academic literature and articles about mentorship and fear. Soklaridis and her colleagues also relied on anecdotal evidence, she said. “The things that I’ve heard [retired] men say is, ‘Oh, I’m so glad I don’t have to do this anymore because it’s just become so complicated,'” she said.

Dr. Sharon Straus, a professor with the University of Toronto’s medicine department, has heard similar stories. She was not involved in the current commentary, but she studied the gender gap in teaching hospitals and wrote an editorial on the #MeToo movement in medicine  this year. “I don’t think it’s a new fear,” Straus said. \”I think that the #MeToo movement has raised more awareness of this and people have talked about it a little bit more.”

Some of that comes from individuals who question whether they’re comfortable mentoring people of different genders, she said. In one of her studies looking at gender equity in academic medicine, some of the men interviewed said they treated their male and female mentees differently because of concerns around how the relationship might be perceived.

Her own experience with a male mentor was positive, Straus said, and the pair ended up writing a book on the subject of mentorship — “one of the last things we did before he died.”

Mentorship “is really about being a decent human being, and about treating people equitably, and making sure that we’re behaving professionally,” she said. “And I think the #MeToo movement has highlighted that.”