A gau rakhshak who is not afraid of Modi #SundayReading 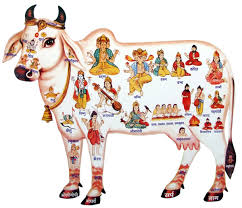 I carried home the two encounters with the predators and the victims.

Last year, around this time, the gau rakshaks had hit their zenith. They were going from lynching to lynching without a hitch. And each time, the cry was to save cows – bovines “who are their mothers, god-like creatures worth killing for”.

And then, Junaid Khan, a 16-year-old boy, returning after a day of shopping and celebration with his friends and brother, was killed on a suburban train at Ballabgarh, near New Delhi. It was during Ramzan that the fasting boy was made a target – only because of his religion. This crime was so heinous and so without reason that it touched a chord.

It was then that I proposed a film to Austrian TV – on citizens rising against communal forces.

But that was one year ago. Due to many delays and schedule clashes, the commission to make the film came through only last month. I thought about this delay and after speaking to many people, it seemed that the gau rakshaks had been forced back by public opinion. That those lynching in the name of the cow had been shown their place and had now receded and acceded. Both annoyed – because I had to reconcile to reconstructing a story posthumously mostly from stock footage – and relieved – because it seemed the menace was nearing its end. Mohammad Akhlaq (above) from Uttar Pradesh’s Dadri was lynched over ‘beef rumours’. His family lives in the shadow of threats. Photo: PTI

However, the hydra was nowhere near dead; it had in fact sprouted many heads. It was therefore to my shock and horror that I found that not only were the gau rakshaks alive and kicking but have in fact metamorphosed into guerrilla armies, now armed and supported by the state and law enforcement instruments.

“Yogi Adityanathji put me in charge of getting those poor children out of jail who had killed (Mohammad) Akhlaq and I got them out.”

These are the words, said to camera, by Dev Nagar. He described himself as a worker, and when I asked him about his position, he said: “I can do love jihad or gau raksha – whatever is required”. His calling card says he is the president of the Gau Raksha Dal in Noida.

Brown and black see-through synthetic curtains bellowed while two fans whirred furiously on a decorated ceiling. Dev Nagar sat on a black sofa, surrounded by his “supporters”. He was wearing a well-ironed saffron kurta and starched white pyjamas, with rings on his fingers and a gold chain around his neck. His eyes mostly lowered, his semi-clenched jaw had a hint of a stubble. His demeanour a metaphor for his ideology. Clear cut, but could turn and dirty rough any moment.

His unabashed admission of his association with the chief minister was the beginning of many revelations.

This candour and lack of fear was something that was evident through the Gau Raksha brigade. None of them are defensive because now the state is no longer covert in the support of these men.

I asked Dev Nagar if he thought freeing the killers of Akhlaq was something he should be proud of. “He had beef in his fridge, so naturally the boys got angry.” It had not occurred to him that neither looking in someone’s fridge nor attacking Akhlaq are within the realms of the law of the country.

These blind, unreasonable unconstitutional beliefs seem to be a hallmark. Asked why he thought the cow was so worthy of murdering for, he was incensed at the very question. He listed for me the “real and scientific” reasons:  “Cows are the only animals that breathe out oxygen. They are good for the environment. Otherwise we would all die.” All of India needs to say, Not In My Name. Photo: PTI

“And do you know that the only survivors of the Bhopal gas tragedy were people who were burning cow dung cakes in their homes?”

I stopped arguing and tried to stop him with a look of amazement and irritation. He still kept nodding – the imperceptible little movement of his head seemed to block out reason and kept his chain of brainwashing going. He extended his phone in my direction and showed how his phone was collapsing because of the 750 WhatsApp groups that consisted of gau rakshaks from all across the country, who communicate with each other.

“If a truck moves from Rajasthan and is coming towards UP, they inform us and we intercept it”. I asked him what they do after this exercise. “See I am very proud of our reaction time – it takes 5-10 minutes to solve a case where a butcher is carrying cows but if it’s a case of a hurt, or an injured cow, it takes us longer because we need to take the cow to hospital et al,” says Nagar.

“So what do you mean by reaction time of 5-10 minutes if a butcher is found? What do you do?” I pose.

“We dial 100 and tell the police, but people usually reach before that and beat them up.”

“People of the area – they get really angry when they see their mother is being treated like that.”

What ensued was a long argument between us, with me trying to convince him that they should stop killing people and beating “butchers” up; because if they are truly peaceful saviours of the cow, it’s giving gau rakshaks a bad name.

And that recently, the prime minister labelled them “goondas” or lumpen elements.

His nods turned to scoffs: “Modi said publicly that we are goondas and he was going to take out a list – but what happened? Where is that list? We are still waiting.”

Not “Prime Minister”, not “PM”, not even “Narendra Modi” but just “Modi”. Nagar referred to him like he is someone who is part of their WhatsApp groups.

We argued some more, but I felt it would be more productive to throw myself at a brick wall than trying to convince him. My anger and indignation had got the better of me and I felt like I had nothing left to say to him.

I called “cut”, louder than I should have, perhaps vocalising the aggression that carpeted the room. We sat in silence, the supporters shifting uncomfortably, the fans still whirring and the crew trying to look unaffected. 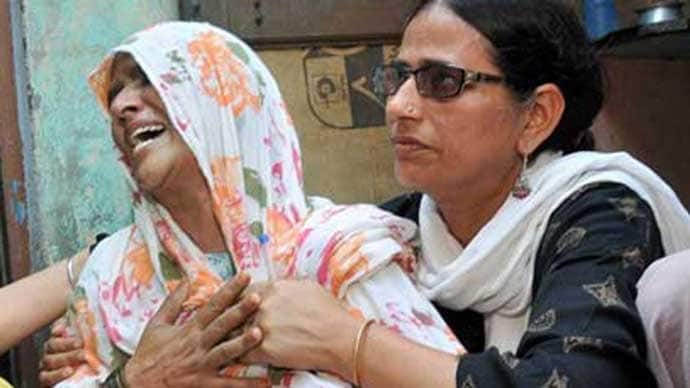 Saira Banu says her son always wanted to do what he could to help people and this is their way to fulfil his wishes. Photo: PTI

Then Dev Nagar put out the olive branch: “Please have some tea and papads with us?”

I have perhaps never accepted someone’s hospitality so ungraciously, but I did. I broke papads with the fanatics.

That afternoon, as we drove towards the home of Junaid Khan, the 16-year-old boy who was so randomly murdered, I was forced to think about the idea of India. And if the changing colour of politics was in fact transfiguring this very idea — the core of secular values, tolerance and plurality around which we justify the existence of a chaotic, unfathomable, even messy conglomerate of states.

If, as a nation, we aren’t actually digging the ground beneath our feet and falling into an abyss of no nation, Junaid’s home a year later still wore the shroud of mourning. To this day, the boy’s mother is trying to shroud her sons from harm in a veil of her fears – her eyes follow them every minute.

They are not allowed to leave the house unless it is completely necessary and they’re never allowed to go out alone. Junaid was knifed to death and two of Saira Banu’s other sons, Hashim and Shakir, were stabbed. Shakir fought for his life in a hospital for days.

The senselessness of the killing still confounds her: “He was a happy child and we had no struggle or problems. He took money and left the house for an outing – and never returned.”

She wept, and then recovered and spoke strongly. “This is all politics – we all have the same blood in our viens…if you don’t believe me, cut your finger and mine – you will see it’s all red blood.”

I asked if she had received any compensation from the government. “No, we have not and it really hurts because they are claiming we are asking for money. The families of the killer and the abetter had come to make a settlement but we refused. How can they estimate the worth of my son? The only money we received came from Brinda Karat, god bless her, besides a small settlement for the accident from the railways.”

Shakir, Junaid’s brother, lay on the railway compartment floor, stabbed and wounded himself, and watched as his brother was stabbed to death in front of his eyes: “What I can’t forget is that there was a train bogey full of people and no one came forth to try and save us and so many of them were chanting – kill them, kill them, kill them – these are beefeaters, they Muslims.”

I asked Shakir if he has lost all faith in India and its people: “I still live in fear but so many people who have come forth to support us. The public outcry has been a balm for our wounds – India is still full of great people who believe in secularism”.

The family has sold some land and bought a plot to build a school in Junaid’s name. Saira Banu says her son always wanted to do what he could to help people and this is their way to fulfil his wishes.

I carried home the two encounters with the predators and the victims. It was the hardest feeling, to not know if one should boil over in anger or melt into tears. I chose to run, sweat and exercise – and hoped that sleep would come and leave us ready for the encounters the next day.

This time, we were heading for the heartland – the “garh” of the gau rakshaks – to Jind in Haryana, to the headquarters of the Gau Raksha Dal of Haryana, where there are men with arms, men with hatred, men with deep, entrenched indoctrination.