A huge win for young Bohra girls who were tortured for centuries making them undergo genital cutting, the #FGM called Khatna #Vaw 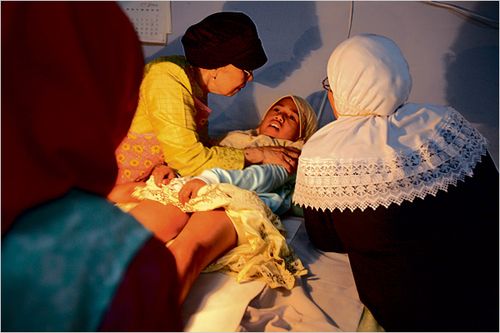 After top Bohra leadership was subjected to jail term for conspiring in Khatna (Female Genital Mutilation) of two 7-year-old Bohra girls, and  Australian Government threat to take  further actions, the Bohra Dai, who boasts of command over Farishta (angels), and who promises Bohras of holding their hands and take them into Jannat irrespective of their deeds, his bravado has crumbled under this threat. He has quietly ordered Australian Bohra Jamat to make public announcement banning Female Khatna, when clitoris of 7-year-old Bohra girls are clipped so that they cannot enjoy sexual pleasure.

The belief is that is if girls do not come in sexual heat, they will not get involved and runaway or have illegitimate sex.  However, it is very flawed and inhumane voodoo logic. In reality, clitorectomy generate unhealthy relationship and frustrations with husbands. The psychological damages due to forcible Khatna of girls as young as seven, many times makes girls indulge with someone sympathetic and loving.

Many times, it is argued among Bohra and African tribes that the practice of Female Genital Mutilation (FMG) or Khatna is a command from Prophet or Imams or someone 14 centuries ago, even though only a small percentage of Muslims follow the practice. It should be remembers that during wars 14 century ago, soldiers were killed and the winning army captured women and children of vanquished as slaves and sold. In those days, many men married four wives and had several slave girls. When master died, the slave girls were sold, inherited, or freed. These slave girls did not undergo clitorectomy (cutting of clitoris) and had their nature given libido intact. Men in those times never felt sexual frustration with wives who were mostly for creating progeny, not for enjoying sex. For enjoyment, they had slave girls. Again, among people during ancient time divorcing and marrying other women was common. However, in current times Bohra husbands suffer a lot or frustration from sexually unenthusiastic wives because they have undergone psychological trauma of forcibly cutting their private part in childhood.

I have been writing against practice of female Khatna for several years. Some Bohra women wrote me their childhood Khatna trauma. Some men have talked to me about their sexual frustrations; Some Bohra women wrote that Khatna makes Bohra woman pure or Pak. Other wrote girl’s Khatna was a religious command. Few of them said they were lucky their parents saved them from Khatna torture.

Fortunately, since last year, brave Bohra women have come forward and formed a group called Sahiyo (Friends). Through their blogs and contacting various editors, columnists, and media around the world, have brought awareness about ills of this draconian practice. Fortunately, in connection to Bohras women Khatna ( FMG) perpetrators in Australia were caught red handed and were given harsh punishment forcing Bohra Chief Priest Mufaddal to ban the practice in Australia. I had thought England, France or USA with large Bohra population would be first to take such action. Now they should learn lesson from Australia and act now. Please write to all Governments to ban the practice especially the Government of western countries. In India and Pakistan, there is no specific law against FMG or Khatna. My appeal to all humanity loving people of world is please press your government to create harsh laws against forcible genital mutilation of seven-year-old girls in name of religion

It is believed that Australian government must have put pressure on Syedna’s dealing in money laundering, transferring money collected from Bohras of Australia to Swiss or other banks. As such, Bohra chief is not concerned of what happens to Bohras, he is worried about his money.

Asghar Vasanwala is a Bohra community activist , the opinions expressed in this article are the author’s own.