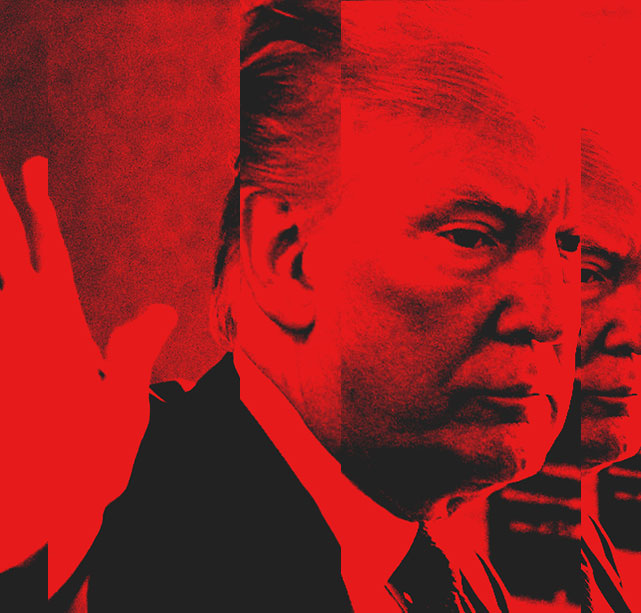 Agrowing list of powerful men have faced serious consequences for sexual misconduct allegations but the most powerful one of all has faced none. Instead Donald Trump’s official position, as his spokeswoman Sarah Sanders recently clarified in a White House press briefing, is that the 20 women accusing him of assault and harassment are lying. Trump has also suggested some were not attractive enough for him to want to sexually assault. As the conversation around sexual conduct continues to evolve, and new abusers are revealed, here are the cases against the president.

“He was like an octopus … His hands were everywhere.”Jessica Leeds

Leeds alleges Trump groped grabbed her breasts and tried to put his hand up her skirt. Source: The New York Times

“I referred to this as a ‘rape’, but I do not want my words to be interpreted in a literal or criminal sense.”Ivana Trump

In a divorce deposition, Trump’s first wife used “rape” to describe an incident that transpired between them. After a settlement was reached, and the rape allegation became public in a 1993 book, Ivana softened the claim. As part of her nondisclosure agreement, she is not allowed to discuss her marriage to Trump without his permission. Source: Lost Tycoon: The Many Lives of Donald J Trump

“He pushed me up against the wall, and had his hands all over me and tried to get up my dress again.”Jill Harth

A former business partner, Harth alleges Trump forcibly kissed her on the lips and groped her breasts and grabbed her genitals, in what she referred to in a 1997 lawsuit as “attempted rape”. On a previous occasion, she alleges, he groped her under the table during dinner with colleagues at the Plaza Hotel. Source: The Guardian

“He did touch my vagina through my underwear.”Kristen Anderson

Anderson alleges Trump put his hand up her skirt and touched her genitals through her underwear. Source: The Washington Post

“[Trump] stuck his head right underneath their skirts.”Lisa Boyne

Boyne alleges Trump insisted the female models walk across the table and that he looked up their skirts, commenting on whether they were wearing underwear and their genitalia. Source: The Huffington Post

“He took my hand, and grabbed me, and went for the lips.”Cathy Heller

Heller alleges Trump forcibly kissed her on the lips in public. Source: The Guardian

“He kissed me directly on the lips.”Temple Taggart

The former Miss Utah alleges Trump forcibly kissed her on the mouth on two occassions, including the first time she met him. Source: The New York Times

“I remember putting on my dress really quick because I was like, ‘Oh my God, there’s a man in here.'”Mariah Billado

“Then his hand touched the right side of my breast. I was in shock.”Karena Virginia

“The time that he walked through the dressing rooms was really shocking. We were all naked.”Bridget Sullivan

The former Miss New Hampshire alleges Trump walked in to the dressing room unannounced while contestants were naked. Source: BuzzFeed

“Our first introduction to him was when we were at the dress rehearsal and half-naked changing into our bikinis.”Tasha Dixon

“All of a sudden I felt a grab, a little nudge.”Melinda McGillivray

McGillivray alleges Trump grabbed her buttock in a pavilion behind the main house in the middle of a group of people. Source: Palm Beach Post

“I was thinking ‘Oh, he’s going to hug me’, but when he pulled my face in and gave me a smooch. I was like ‘Oh – kay.’”Jennifer Murphy

Age 26 Year: 2005 Location: Outside an elevator after an interview

The former contestant on The Apprentice alleges Trump forcibly kissed her after a job interview.

“[Trump] kissed me directly on the mouth.”Rachel Crooks

Age 22 Year: 2005 Location: Outside the elevator in Trump Tower

“I turned around, and within seconds he was pushing me against the wall and forcing his tongue down my throat.”Natasha Stoynoff

“Trump stood right next to me and suddenly he squeezed my butt.”Ninni Laaksonen

Age 20 Year: 2006 Location: Outside the Ed Sullivan Theater before an appearance on The Late Show with David Letterman

The former Miss Finland alleges Trump grabbed her buttocks during a photoshoot before an appearance on The Late Show with David Letterman. Source: Finnish newspaper Ilta-Sanomat

“When we entered the room he grabbed each of us tightly in a hug and kissed each of us on the lips without asking for permission.”Jessica Drake

Drake alleges Trump forcibly kissed her and two female friends on the lips and when rebuffed, pursued her, asking: “How much?” Source: Gloria Allred press event

“He would step in front of each girl and look you over from head to toe like we were just meat, we were just sexual objects, that we were not people.”Samantha Holvey

“He then grabbed my shoulder and began kissing me again very aggressively and placed his hand on my breast.”Summer Zervos

The former contestant on The Apprentice has accused Trump of groping and kissing her on two occasions. She has filed a defamation claim against the now-president. Source: Gloria Allred press event

“He probably doesn’t want me telling the story about that time he continually grabbed my ass and invited me to his hotel room.”Cassandra Searles

The former Miss Washington 2013 alleges in a comment on Facebook that Trump repeatedly grabbed her buttocks and invited her to his hotel room. Source: Facebook, via Yahoo News
https://www.theguardian.com/us-news/ng-interactive/2017/nov/30/donald-trump-sexual-misconduct-allegations-full-list