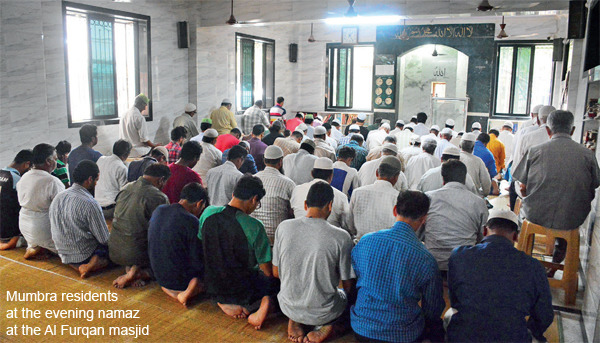 A ‘masjid parichay’ is enabling Hindus to visit the Al Furqan mosque and gain a better understanding of Islam.

Spending four hours in a mosque is not most people’s idea of a Sunday evening outing. But for two Sundays in the last few weeks, 10 Hindus have travelled long distances to spend the entire evening at the Al Furqan Masjid, located in a bylane of Mumbra, a suburb of Mumbai. Starting off with doing wazu, or the obligatory washing of oneself before namaz, they ended their evening relishing biryani in the hall above the mosque.

None of these Hindus had ever stepped inside a masjid before.

“Going to a masjid in Mumbra? Are you out of your mind?” was the common reaction these Hindus encountered from friends — the shock stemming as much from the mention of a ‘masjid’ as from ‘Mumbra’, a place that was allegedly “internationally notorious for violent fanaticism”. A place where “no non-Muslim could go after sunset.’’

Vikhroli salesman D Gupta’s family didn’t even take him seriously when he told them about his plan. So when he returned home after his Mumbra visit, and casually mentioned where he’d been, his upset mother sent him off to “purify” himself with gau-mutra (cow urine) from the neighbourhood tabela before entering the house again.

Gupta remembers, as a 13-year-old, seeing students from a madarsa in his neighbourhood being beaten up by their teacher. An older friend said it was because the students had probably forgotten to curse Hindus enough, and warned Gupta to stay away from Muslims. The fear that had set in when he was a teenager vanished only after his recent visit to the mosque. Other friends had told him, at the time, that Muslims worshipped the Shiva lingam in masjids by pouring water over it, hence the mandatory tap at the entrance. And also that the Kaaba in Mecca, too, had a Shiva lingam inside it. 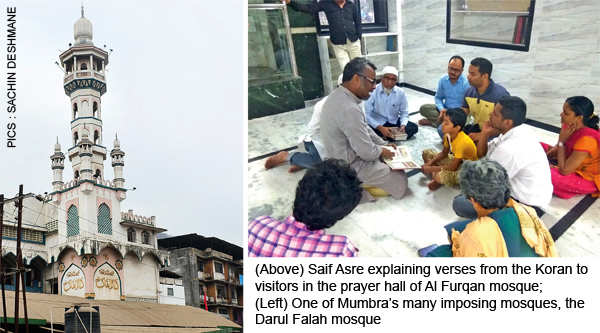 Jamaat-e-Islami member Saif Asre heard another perception about his place of worship while he was manning a bookstall distributing Islamic literature. “Commending me on trying to spread knowledge about Islam, a Hindu man said that he had heard masjids were storehouses for swords, and that one room was reserved only for the bodies of those killed with them. Driven by curiosity, the man had ventured into a mosque — but only after posting a friend to stand guard outside and inform his family if anything happened to the man,” says Asre. “This shocked me. We had no idea these were the ideas Hindus had about masjids.” This encounter was the trigger for the ‘masjid parichay’ programme that has been successfully carried out, so far, by the Jamaat in Nanded and Mumbra.

The first batch of Hindus who visited the Mumbra mosque were all members of the Indian Social Movement, a Vikhroli-based NGO that believes — according to its leaders Dr Deepak Gaekwad and Anand Howal — in being “Indians first and last”. They even use the phrase ‘Jai Bharat’ as a greeting. The group conducts awareness workshops on the Constitution, and had done so for the Jamaat, too. At least three of them had grown up with Muslim neighbours, and pointed to 1985 as the year relations between the two communities started changing. That was the year the Ayodhya movement began.

The second batch did not know anyone from the Jamaat. Their curiosity was aroused after reading a Facebook post about “masjid parichay’’.

While not all these Hindus had farfetched and bizarre ideas about masjids, some of them assumed non-Muslims weren’t allowed inside. Their knowledge of mosques was limited to the azaan, the call they heard on loudspeakers five times a day. “Allah ho Akbar” was the only phrase they could make out in the azaan. Most thought it referred to Mughal emperor Akbar (it means ‘God is great’).

The meaning of the azaan and other mysteries — the taps at the entrance to the masjid; the posture assumed for namaz, why it’s performed five times a day and the large turnout on Friday afternoons — were demystified for them by Asre. Helping him in demonstrating how namaz is performed, and how the azaan is called were four other Jamaat members, including a retired teacher and two software engineers. The latter revealed that when their work left them with no time to go to the nearest masjid for namaz, they prayed at their seat. Elevated parking lots in new office buildings made for ideal namaz spaces, where all the Muslims working on the premises could pray together, they said.

When Asre asked if there were any questions, nine-year-old Advait, who was there with his parents, Tarun Bharat journalist Bhatu Sawant and wife Kranti, put up his hand. What did the Arabic inscription on the wall mean? he asked. Later, he watched in wonder as the empty space where he had been running around a short while ago, filled up with men performing the evening namaz.

Asre revealed that thanks to the Facebook post, the Jamaat had received requests from many other Hindus, including a group of college girls. The visitors were taken to a hall in a building adjoining the mosque, where women pray on Fridays.

The Shia-Sunni divide, the burqa, the “intolerance” of Muslims who believed theirs was the only true faith — several questions were raised on these matters. But some questions remained unasked too, the participants admitted later. For instance, a question about the recurring campaigns organised by Indian Muslims in solidarity with Syria and the Rohingyas remained unarticulated.

“Those who attend such programmes will surely intervene when riots break out to explain that we are brothers,” hopes Howal, of the who felt the Quran expounds the same ideals of justice, equality and fraternity as the Indian Constitution. “If a boss reaches the masjid after his employee, he has to stand behind his employee, and during namaz, his head will be at the latter’s feet,” he pointed out, referring to the democratic nature of the Friday afternoon prayer, which must be held in congregation.

What about a reciprocal programme, where groups of Muslims can visit a temple? Asre felt Muslims were much more familiar with the Hindu religion than the other way around because even those who live in ghettos, encounter Hindus everywhere. While that is a debatable statement, the question also arises: Who would conduct such a programme? Would temple managements allow it, wondered Lokmat journalist Omkar Karambekar, as he returned from Mumbra. And, would Muslims who come to the temples, accept our ‘prasad’, was the question that bothered Gupta. 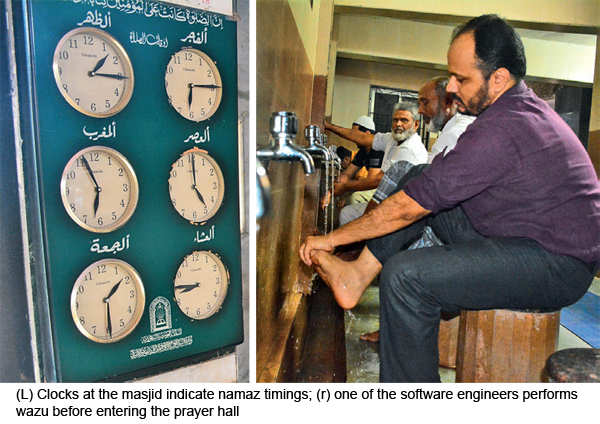