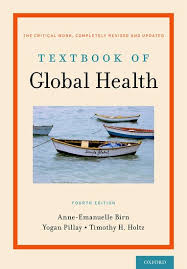 On 7 February 2018, in Unnao, Uttar Pradesh, the police arrested a “quack” for infecting 58 people with HIV by using the same unsterilised syringe. He was treating them for coughs and colds and charged only ₹10 per injection. Newspapers reported that 25 of them had been referred to Kanpur for antiretroviral (ART) treatment. Irate villagers complained that, given the absence of public health facilities, they had no option but to avail the services of the “quack,” who was always there, and was kind and friendly, unlike the staff at the nearest public health centre (PHC). The PHC was also shabby, neglected, and without adequate doctors or medicines.

On 30 November 2017, a pair of twins were born pre-term at the upscale Max Hospital in Shalimar Bagh, Delhi; a hospital so upscale, one has to go through a security check before entering. Upon being declared dead in the hospital, while being taken for the last rites, it was noticed that one of the babies was alive. Admitted into another hospital, the baby died after a week on life support. With the massive backlash that ensued against this private hospital, the government was forced to cancel its licence.

On 8 November 2014, 13 women who underwent sterilisation operations—conducted in an abandoned private hospital building—in a government camp in Bilaspur district of Chhattisgarh, died following the operation. The surgeon responsible, R K Gupta, had carried out 83 sterilisations in three hours, using a single laparoscope without adequate asepsis (Sama, JSA and NAMHHR 2014). Of course, nobody called Gupta a quack. On the contrary, upon performing 5,000 sterilisations in his career, he had been awarded by the state.

A conventional textbook of public health —wedded to either the biomedical approach that views illness and death as located within the individual body, or the behavioural school, that views illness and death as arising from wrong behaviours, which it then sets out to correct through health education—would not see any link between these three events. The Unnao incident would be attributed to the ignorance of the villagers, and the Max Hospital events and the Bilaspur deaths to the medical negligence of individual doctors. This would be the approach that would possibly find resonance in the standard textbook used in India for the training of doctors, namely, Park’s Textbook of Preventive and Social Medicine (Park 2017).

Neither of these dominant approaches of public health would link the above events to structural and systemic issues that create health problems and contour public health interventions. Indeed, they would divest the word “public” from public health, reducing health to an individual issue. What this also does is depoliticise public health, disregarding the heady words of the 19th-century medical reformer, Rudolf Virchow, who argued that “medicine is a social science and politics is nothing else but medicine on a large scale.”

Since Virchow’s time, of course, the approach to public health that is known as the political economy approach has evolved. The unit of study here is the population as a whole, although it does not ignore the individual. It is firmly committed to a historical analysis of the present. Any problem here is relational; we seek to know the extent of a problem in relation to all health problems, and in relation to other health problems. This approach is necessarily interdisciplinary and employs both quantitative and qualitative data. Above all, it reveals how the health of populations and individuals is shaped by political and economic structures, globally and nationally. Health is not an individual biological event, although so expressed, but is socially created.

It is this approach that is magnificently illustrated in the book under review, Textbook of Global Health, which must be made compulsory reading in the training of all public health workers. The book covers a very wide canvas of public health at the most macro level of international trade and finance. It studies their implications for public health, traversing regions and nation states, and then showing us how these contour the lives and the health of individuals. Case studies link an individual garment worker in Bangladesh with an illegal migrant worker in the United States (US) who buys this garment. The work is based on impressive analyses of a wide array of data from international organisations such as the World Health Organization (WHO), World Bank, International Labour Organization (ILO), International Monetary Fund, national government reports, and a wide range of academic research from across the world. Fundamentally, what it does is completely undermine biomedical and behavioural explanations of health, both at the individual and population levels. Always historically located, the book is a masterpiece of critical epidemiology, wedding together political economy and Kreiger’s eco-social theory (Kreiger 2011). A singular contribution of this book has been that it goes beyond the social determinants of the health model, highlighting the need to understand the “causes of causes.” Above all, the book is beautifully written and a pleasure to read.

Textbook of Global Health covers an astonishing range of issues in public health, from the historical origins of public health under colonialism, to how imperialism shapes health interventions today. Thus, it is noted that the colonial explanations of diseases and deaths in the imperial centres of tropical medicine “located sickness in individual bodies rather than in the body politic” (p 11).

Utilising this approach, the three events with which I began this review would be linked by the health crisis we have in India, the appalling neglect of public health that forces people into the arms of the largest and least-regulated private medical industry in the world, extracting super-profits. The public system concentrates its pitiful resources on a notoriously coercive population control programme—the largest public health intervention in the world—such that events like the tragedy at Bilaspur, are waiting to happen. All these have been shaped by international agencies in public health, in particular the World Bank and the Bill and Melinda Gates Foundation.

Colonial and postcolonial periods witnessed what has been called international health, with a range of institutions at the international level interacting with nation states. So, the Rockefeller Foundation and the Ford Foundation extended US policy concerns through public health aid, while the WHO emerged as the main institution of global relevance to public health. With the wane of the Cold War and the collapse of the Soviet Union, the world entered a neo-liberal order, which now shapes global health. The role of the WHO has shrunk, while the World Bank is the biggest lender in health. The Bill and Melinda Gates Foundation has emerged as a big funder in public health, especially reproductive health, although its role is plagued by profound conflicts of interest. They work not primarily through the nation state, but by encouraging private players, even while international health is increasingly privatised. A new set of international regulations, undergirded by the WTO, shapes important issues like pharmaceutical patents and trade, while health is getting increasingly financialised.

In the dominant approaches to public health, the argument is made that as societies undergo an epidemiological transition, with a decline of environmentally caused communicable diseases, there occurs the concomitant rise of “lifestyle-led” non-communicable diseases (NCDs). This approach profoundly undermines the environmental and political causes of NCDs. Thus, for example, the leading role played by multinational food corporations in the global epidemic of diabetes and hypertension is glossed over. Indeed, 10 of the largest food and beverage multinationals have “lobbied aggressively to influence WHO’s standard-setting and policymaking activities around diet-related NCDs” (p 169). While analysing these patterns of diseases, the authors intriguingly present them on a grid of modernisation. It was not clear to me as to what analytical or practical use this serves. Let me give the example of hypertension and diabetes in populations on the verge of starvation in India. These are neither lifestyle diseases, nor are they diseases of affluence. This epidemic is taking place in populations that are victims of modernisation. Modernisation in the imperial countries came as a consequence of the ravishment of the colonies, which prevented the modernisation of any sort in the latter, now being subject to a double burden of diseases.

A masterful chapter traces varying patterns of health system development in the world and their political and economic reasons and consequences. Thus, we find that Scandinavian countries—with their tax-based systems of universal health care and accompanied social welfare measures—have the best health indicators, while the US, with largely insurance-based, privately provided care, has the worst. The US, despite spending more on health than any other country in the world, lists iatrogenesis, that is, medical treatment-induced illness or injury, among the top 10 leading causes of death. Out-of-pocket medical expenditure in the US, as in India, is a leading cause of bankruptcy and indebtedness.

It is frequently argued that poor nations do not have the resources to provide universal free healthcare. This argument is especially made in the context of countries of the sub-Saharan region. However, the authors have refuted this argument.

The capital flight numbers out of Africa reaching almost $300 billion from 39 countries for 2005 to 2010 (or over $1 trillion spanning the 1970 to 2008 period) offer a stark illustration of why there are so few resources available for domestic investment. (p 390)

The countries of the South are subsidising medical care in the high-income countries (HICs) with “Four HICs—Canada, Australia, the United Kingdom and the US—accounting for 72% of foreign-born nurses and 69% of foreign-born doctors in the world” (p 512).

One of the unique contributions of Textbook of Global Health, not seen in any other book on public health, is the attention to political ecology in relation to climate change and its implications for health. Thus, we are told that worldwide carbon dioxide emissions are three and a half times higher in wealthier nations than in poorer nations.

The United States alone, with just 4.4% of the global population, consumes nearly 20% of the world’s energy resources. The African continent, by contrast, comprises 16% of the world’s population and accounts for a mere 3% of world energy consumption. (p 447)

Thus, population growth is not the driving force in global warming. The second unique contribution is the attention given to conflict and its implications for public health. Case studies from Iraq and Palestine are presented, in addition to conflicts in Africa. In doing so, the authors hold a mirror to the current global arrangement of power and the conflicts it engenders, drawing attention to the health disaster caused by sanctions in Iraq and the medical disaster caused by the Israeli occupation of Palestine.

The third unique contribution is that the book makes clear how societal factors—caste, gender, sexuality and marginalisation—shape not just the occurrence of diseases, but also the access to care. Here, again, with the study of HIV in Africa, we understand how patent rules set by the WTO caused the deaths of thousands of patients in Africa who were prevented from accessing cheaper ARTs made in India.

What this dazzling book does is to show us how merely fighting for health rights is not enough; the cry for universal health is a cry for social justice. The authors are social scientists and public health workers with a remarkable vision of public health and how it can contribute to a better world, more just and more equitable.

([email protected]) is with the Centre of Social Medicine and Community Health, School of Sciences, Jawaharlal Nehru University, New Delhi.