A new fad in India, coding-for-toddlers culture needs to be ‘nipped’ in the bud 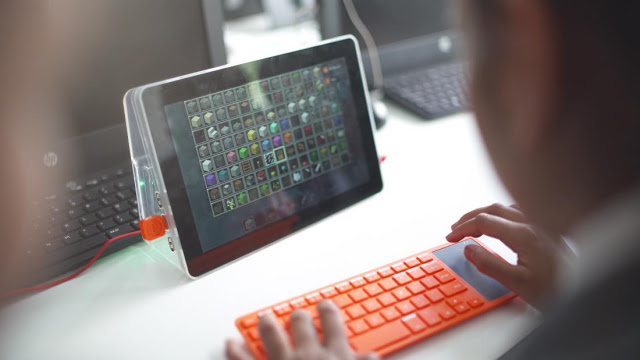 We are all aware of the dire consequences of subjecting young kids to intense academic pressure from an early age. In India, we have coaching institutes like FIITJEE and Resonance offering programmes for 6th standard kids to prepare them for “NTSE, IJSO, PRMO and other Olympiads”. The duration of these programmes is around 175 hours – hours that could’ve been spent playing games and making friends instead.

The objective is clear and concise – “Start Early to Beat the Competition”, like the website of one coaching class states. It is an easy manipulation of the Indian middle-class parent – start early or lose. No wonder so many students commit suicide every year at the Kota graveyard (about 20 students in 2018).

Not only does this intense pressure lead to depression among young kids and cripples them for many years, it also strips them of experiences they will never have again in the future when they grow old. There are numerous research papers detailing the same problems among young children in India.

But if you thought things couldn’t get any worse, we now have a new, growing culture of pressurizing kids to learn coding… at the age of 6. This culture is pushed through the massive promotional efforts of our home-grown start-ups like WhiteHarJr. The false narrative is that coding is just another language, like English or French, and a necessary one to learn if your kid is to succeed. Apparently, the mission is to have your kids building an app by the time they are nine years old or you have failed as parents.
What is actually true is that in order to be successful in this tech-driven world people need to be able to think creatively, innovatively, and expansively – and that is accomplished through free, unstructured play. Learning coding binds the child to the computer screen, robbing them of the opportunity to think creatively, interact with peers and expand their horizons. In fact, studies have shown that 60% of the technical skills become obsolete in two years, so any programming language learnt would likely become useless in 5 to 6 years.

Learning how to code isn’t a distinct advantage. Bill Gates and Mark Zuckerberg don’t let their kids use technology for more than a few hours a week

What this assumes is that learning how to code is a distinct advantage, when empirical evidence shows that it isn’t. What really gives kids an advantage in later life is having the skill to think creatively and being innovative. That is why Bill Gates and Mark Zuckerberg don’t let their kids use technology for more than a few hours a week. The most sought after school in Silicon Valley, the Waldorf School of the Peninsula, bans electronic devices for kids under 11, and teaches the kids of Google, Apple and Uber staff to knit, cook and make mechanical things by themselves. Clearly, these parents have decided to teach their kids other skills than coding.

Firms like WhiteHarJr don’t democratize education for anyone. They prey on the insecurities of the less informed parents, who will do anything to see their child succeed. If things are allowed to go this way, it won’t be long till we have armies of robot-like 6-year old kids, who are coding away mindlessly to achieve a job that will be obsolete by the time they are 18 anyway.