How many more will be lynched before the government wakes up?

Asingle WhatsApp rumour has reportedly taken 29 lives in India since May last year, and there’s very little outrage. Nobody cares.

There is, sadly, no political angle in these killings. There’s no Hindu-Muslim dispute, not even caste. There’s no India-Pakistan, no BJP-Congress, no jihad or Naxalism, no RSS or Kashmir, no statements and counter-statements by politicians.

It’s not a sexy story. How many more people must get lynched to death before the issue becomes a matter of national outrage? One suspects the number of victims could go up to 100 in another two-three months given the frequency of such incidents.

The rumour is about a child-lifting gang. They come, lift your child and run away. From Tamil Nadu to Tripura, the rumour has spread like a wildfire across the country. And, all thanks to WhatsApp, the messenger of choice for a population, which is discovering the internet for the first time. Cheap smartphones and cheaper mobile data packages are introducing millions of Indians to the world of fake news for the first time.

Hundreds of child kidnappers have entered our state, the messages usually warn. Be careful of outsiders, they could be child-lifters working in the organ trade, it continues. These messages usually come along with a video that looks like a CCTV footage in which motorcycle-borne men lift a child away. The video is from Karachi, Pakistan, where it was shot to educate people against child kidnapping. The last bit in the video has been edited out as it circulates across India. 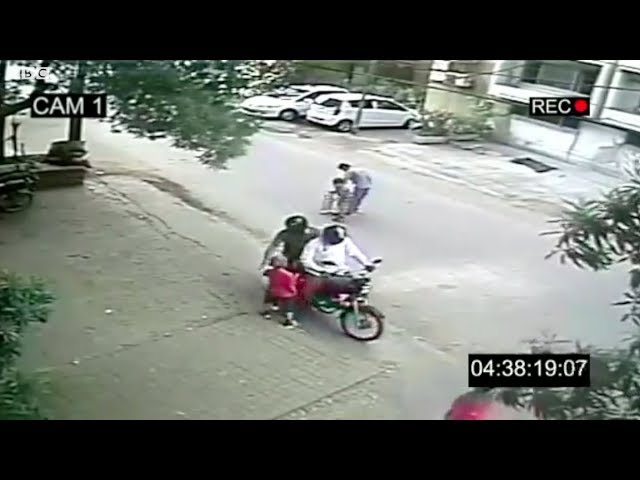 The immediate solution is obvious. It needs a mass counter-information campaign that reaches every Indian. In Tripura, an announcer hired by the government to dispel the rumours was himself lynched. That tells you about the scale of the counter-information campaign that’s needed. State governments and local police are trying to build awareness, but the task is simply too big.

It would make a difference if the Prime Minister made a statement requesting people to not fall prey to these WhatsApp rumours. But nobody is asking him to do so. It takes several weeks of asking why the PM is silent on an issue before Narendra Modi says something on it.

There hasn’t been a word from home minister Rajnath Singh. Has the home ministry issued any advisory to the states? Not that we know. What has the information and technology minister Ravi Shankar Prasad been up to? He was quick to threaten that he would summon Mark Zuckerberg to India when he heard of the Cambridge Analytica data mining scandal. Here’s an issue that has reportedly taken 31 lives and have you heard Ravi Shankar Prasad say a word yet? Is he planning to summon Mark Zuckerberg over this?

India is WhatsApp’s largest market and the Facebook-owned messenger doesn’t even have a spokesperson in India. They have started business accounts though. How difficult is it for them to send a mass message to all WhatsApp users in India, in different languages, asking them to not fall prey to these rumours? The company at the wheel is asleep, and pretending from its high perch in the US that it is not responsible for what people do on their platform. It doesn’t work that way.

May: 7 beaten to death in Jharkhand.

23 May: Man lynched in Bengaluru.

May 2018: 6 killed in Andhra and Telangana in separate incidents.

28 June: 3 lynched to death in Tripura in a single day, including a man hired by the government to go around dispelling rumours.