A Sudanese teenager killed her rapist, and Muslim women are fighting for her life #JusticeForNoura

Violence against women does not discriminate. One in three womenacross the globe experience physical or sexual violence in their lives, regardless of race, age or income. Intimate partner violence is the most common form, with physical violence occurring to as many as two out of three women who have ever been in an intimate partnership.

This is not news, and yet, the difference in how this violence is discussed is stark, depending on where and by whom it has been perpetrated. When the violence occurs in majority Muslim countries, pundits are quick to blame Islam itself, instead of noticing the army of Muslim women who are fighting for their rights within the faith, and defending women – and themselves – at all costs.

Noura Hussein, a young woman from Sudan, provides an instructive and urgent example. At the age of 16, Noura was forced into a marriage by her father. She refused and escaped from her family home near Khartoum to stay with her aunt in Sennar, around 250km away. She lived there for three years, determined to finish her education, when she received word that the wedding plans had been cancelled, and she was welcome to come home.

On her return, it became apparent that she had been tricked. The wedding ceremony was underway, and Noura was duly “given” to the groom. Distraught, the 19-year-old refused to consummate the marriage for a number of days. Within the week, her husband’s tactics became increasingly aggressive. Noura’s husband raped her, with the help of relatives who pinned her down during the act. 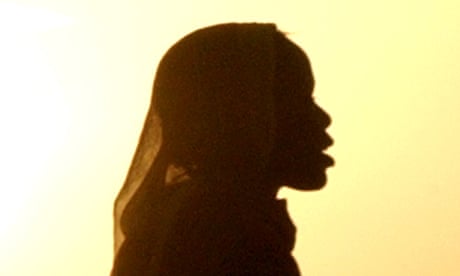 When the husband returned the next day to repeat the crime, Noura retaliated. She stabbed her husband a number of times, ultimately killing her rapist. She thereafter returned to her family, who reportedly then disowned her and turned her over to the police.

Over a year later, on 29 April, 2018, Noura was convicted of murder. On 10 May, she was sentenced to death. His family was offered the choice of either accepting monetary compensation for the crime, or execution. They chose the latter. Now the family and community have 15 days to appeal the sentence. They are hoping to overturn the decision to execute Noura for defending herself against physical and sexual violence, and navigating an impossible situation that no young woman should ever face.

Noura’s story is perhaps not unusual in a world where intimate partner violence is rife. However, there is something about Noura’s case that is indicative of a wider truth. The majority of people involved in raising awareness about this young woman’s case are other Sudanese Muslim women. The lawyers working on the case in Washington DC are members of the Sudanese diaspora, and word of the case reached me through another Sudanese writer’s Instagram and blogposts. The majority of people fighting for Noura are women, Muslim women.

This reality flies in the face of those who claim that Muslim women are oppressed, submissive or believe in a religion that takes away their rights. It also stands in complete opposition to men who try to use a warped version of sharia to justify any part of such a situation – the forced marriage, the rape, the sentencing. The women arguing on Noura’s behalf point to both law and theology: to be wedded without consent is forbidden in Islam. Child marriage is still practiced, although women continue to fight the laws and traditions that allow it.

However, as happens so often in cases like this, the story becomes an opportunity for the airing of grievances and prejudices about Islam, through the argument of advocating for women’s rights. Islam is violent, people will say, because of how they treat their women – and look, here is an example that reinforces that argument!

Let the women who are advocates for #JusticeForNoura be an example of how that is fundamentally incorrect. The burden on Muslim women is impossibly heavy – to defend themselves against both the ignorance of non-Muslims with an Islamophobic agenda, and the deeply patriarchal norms that exist within interpretations of sharia around the world. To paraphrase Dr Susan Carland, Muslim women forever face a catch-22. However, when the fight truly is on, as in the case of Noura, they are the first to step up to fight for each other’s rights and protection. Tell me, how is that oppression?