A Tribute to Prof D.N. Jha – Battle between Faith and Nationality 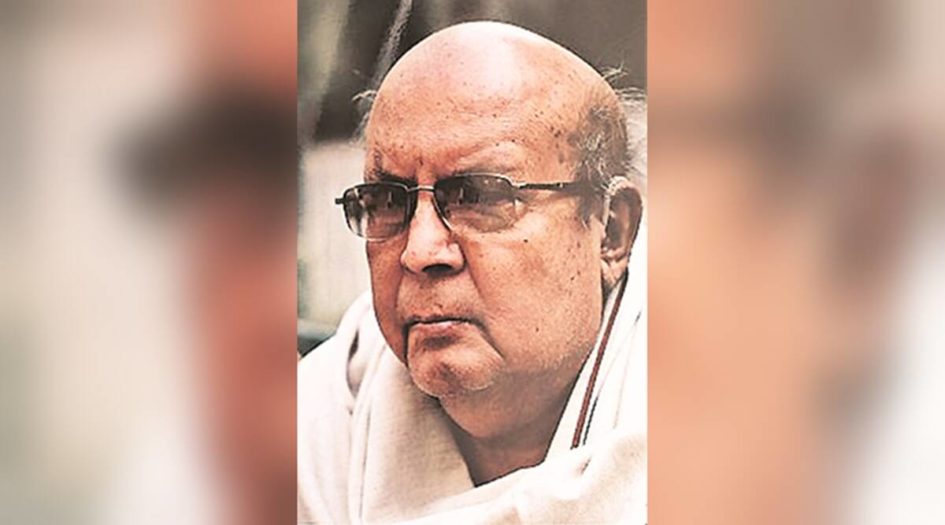 India currently is in the grip of ‘constructed Hate’. This in turn has led to violence against vulnerable sections of society, particularly religious minorities and dalits. As such one understands that love is a natural phenomenon and Hatred is generally a phenomenon constructed around misconceptions about the targeted sections of society. These targeted sections of society have to bear the brunt of the violence. The major source of misconceptions is the interpretation of history, which nationalism in the name of religion interprets in a way to suit is political agenda.

Currently all three major periods of Indian History, ancient, medieval and modern are presented in a distorted fashion in the discourse which is dominating the social scene. On the top of that the historians who have tried to interpret history in rational, scientific way are looked down and defamed by the dominant political narrative. As pointed out by Eric Hobswam ‘History is to nationalism: what poppy is to the opium addict’. We can clearly see the vast divergence in interpretation of the past in Indian nationalists on one hand and communal nationalists on the other. Many historians have taken it upon themselves to stand to oppose the communal distortions of history to preserve the inclusive interpretation of our past even at the cost of facing death threats for their understanding, which goes against the grain of propaganda by the communal forces.

Professor D.N.Jha the former Professor and Head of History Department of Delhi University is one such eminent person who not only had to face the death threats but also had to go against the communal stream, which dominates the stream. Prof Jha’s death (4 February 2021) is a great loss not only to the world of professional historians but also to movement which is trying to uphold the plural, inclusive nature of our country. He was a one of the great anchor for the ideology of the movement for democratic, plural India. This ideology aims to preserve the diversity and affirmative action for religious minorities by providing the deeper understanding of ancient and medieval history through his immaculate, scholarly work. The issues he touched are the ones’ which have been rattling the society and aimed at targeting and tormenting the religious minorities in particular.

When his book ‘Myth of Holy Cow’ was published he started getting regular phone calls threatening him with dire consequences. The narrative of Holy Cow was being deliberately brought to the fore as with this issue Muslims could be scared and thrown in to the margins. We did see as to how this narrative around Holiness of cow later went on to assume the form of lynching’s in which primarily Muslims lost their lives and also dalits had to face the wrath of the communal forces, like the incident of Una where four dalits were mercilessly flogged for skinning a dead cow.

Jha’s work, based on deeper study of scriptures, showed that beef was part of the food habit in early India, Vedic and Post Vedic both. His sources were primary and wide prevalence of beef as a part of cuisine was meticulously demonstrated. At another level what he researched was ratified by the likes of Ambedkar, who had mentioned this fact earlier in his book, ‘Who were the Shudras’. Also Swami Vivekananda had pointed to the similar observation, Swamiji points out, “You will be astonished if I tell you that, according to old ceremonials, he is not a good Hindu who does not eat beef. On certain occasions, he must sacrifice a bull and eat it.”

Jha’s scholarly work gave a great strength to the movement which upheld the diversity of food practices in India. As such communal forces are not serious about welfare of cow became obvious when the news of Hundreds of cows dying in a Cow Shed (Gaushala) due to hunger and diseases in Hingonia in Rajasthan came to the public knowledge. An interesting anecdote is mentioned in Atal Bihari Vajpayee’s biography by Vijay Trivedi (Har Nahi Manunga) where Vajpeyee while consuming beef in US humorously points out that any way the beef he is relishing is that of an American Cow!

Now Ram Temple has been inaugurated by the Prime Minster and aggressive and intimidating fund collection for Ram Temple are going on, one recalls the Reports of Historians on Ram Temple issue. He was part of the report writing team, ‘Ram Janm Bhumi-Babri Masjid: A Historians report the nation’. This report in a clear-cut manner demonstrated that neither was there a proof of Temple being destroyed to build the mosque, nor was there a definitive proof of Lord Ram being born there. Though Supreme Court rejected the report as a mere opinion but it did conclude on similar lines. It is another matter that it allotted all the land to those who were part of demolition, which was recognized as a crime by the Apex Court.

The attempt is made to attribute the destruction of Nalanada to Bakhtiyar Khilji. The communal historiography has harped on this myth to the extent of its becoming a part of social understanding. The aim as usual is to link the acts of Muslims Kings to today’s Muslims. While Khilji might have wrought destruction in different places, the much revered Nalanda’s destruction has more to do with the Brahmanical reaction to rise of Buddhism. Citing diverse sources he observes that “actual scuffle between the Buddhist and Brahminical mendicants and the latter, being infuriated, propitiated the Sun God for twelve years, performed a fire-sacrifice and threw the living embers and ashes from the sacrificial pit into the Buddhist temples which eventually destroyed the great library at Nalanda called Ratnodadhi”. (‘History of Indian Logic’, as cited by D.R. Patil, The Antiquarian Remains in Bihar, page 327). The diverting of attention to Khilji is a mechanism to hide under the carpet the scuffle between Buddhism and Brahmanism, which has been the central fulcrum around which Indian past has revolved.

One more shameful incident which happened in recent years was the attack on girls in a pub in Mangalore. This was done by Sri Ram Sene, led by the ex-RSS pracharak Pramod Mutalik. The attack was on the ground that drinking by women is against Indian traditions. Not only did he co-write an article to burst this myth he went on to contribute the book, Drink of Immortality (2020). This work explores the distillation of Alcohol of different varieties in ancient India and its consumption by men and women. Also pointing out that Vedas, Ramayana and Mahabharata also mention the consumption of alcohol.

Jha belonged to the stream of academics that actively engaged and contributed to struggles for better society, a society with respect for diversity and pluralism, a society upholding the rights of oppressed and marginalized, including the religious minorities.

Humble tributes to a great historian!