Aadhaar Constitution bench verdict is the beginning of a renewed struggle 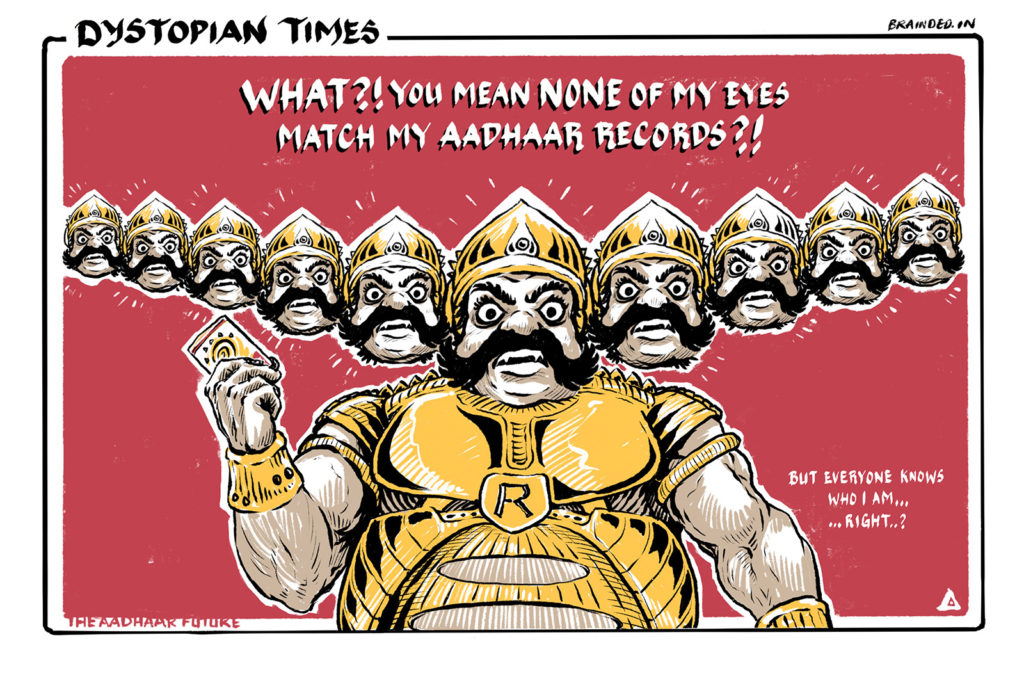 The Aadhaar Act as drafted by the UIDAI and its consultants, years after the project was already in operation, was recognized as having multiple loopholes. It is significant that even the four who upheld the judgment the judgment read down several sections of the Aadhaar Act, 2016 and limited the unrestrained expansion of the Aadhaar project.As per Justice Sikri’s judgment, Aadhaar cannot be made mandatory for CBSE, NEET, JEE, UGC., school admissions, and secondary education as they are outside the purview of Section 7 and are not backed by any law.

Significantly, the concerns raised by citizens and several members of parliament on the use of Aadhaar by private entities were roundly addressed by the Supreme Court while striking down section 57 of the Aadhaar Act and declaring it as unconstitutional.

The lack of clarity on scope of curtailment of Section 57 means the legality of UID use by NPCI, a private non profit company as well as MicroATM, business correspondent usage of Aadhaar auth for #AePS is now in a grey zone.

The court stated Aadhaar cannot be made mandatory for bank accounts and mobile linking as it is unconstitutional. In one victory protecting the rights of children. It stated – “On attaining the age of majority, such children who are enrolled under Aadhaar with the consent of their parents, shall be given the option to exit from the Aadhaar project if they so choose in case they do not intend to avail the benefits of the scheme.”

The judgment further restricts the sharing of Aadhaar data with state agencies in the name of “national security” a term which is nowhere defined in the Constitution. The judgment gives residents a right to hearing on data sharing and allows for filing complaints against UIDAI if their data is breached, a remedy not available till now. In all these aspects, the court has found Aadhaar Act flawed.

However, we are shocked and disappointed that the Court failed to read down section 7 of the Aadhaar Act which allows for welfare to be made contingent on the production of Aadhaar. Justice Sikri’s judgment recoginises that welfare schemes have attained the status of fundamental rights. But the judgment led by Justice Sikri bizarrely chooses to see the Aadhaar Act as a “beneficial legislation” ignoring the hardship, exclusion and destruction of the lives of the poor due to the additional hurdle created by the Aadhaar technology. Right to Food has documented that 25 citizens have died in the last three years due to Aadhaar issues and glitches in crucial social support programmes. Rethink Aadhaar is disturbed by the assertion that the rights of those excluded from welfare due to Aadhaar are in a small minority, are an “unproven plea of some”, that must be balanced against the majority of those who have supposedly benefited from Aadhaar.

We expect the Union Government to immediately order the removal of Aadhaar data from the databases where it is no longer legal to hold them including telecom operators and banking databases.

We salute the struggle of all those who have fought for so many years against the Aadhaar project and we know that this is beginning of the battle and our challenges. We have made history and we will do it again

Sikh victims’ families - Admin, Police were aware of planned 1989 riots
Dr. Srinivasan, Half Truths Can Never Tell the Real Story
Statement of Solidarity with scholar- activist Kancha Ilaiah
Why I, A Muslim, Hosted A Pork Dinner To Counter Religious Extremism