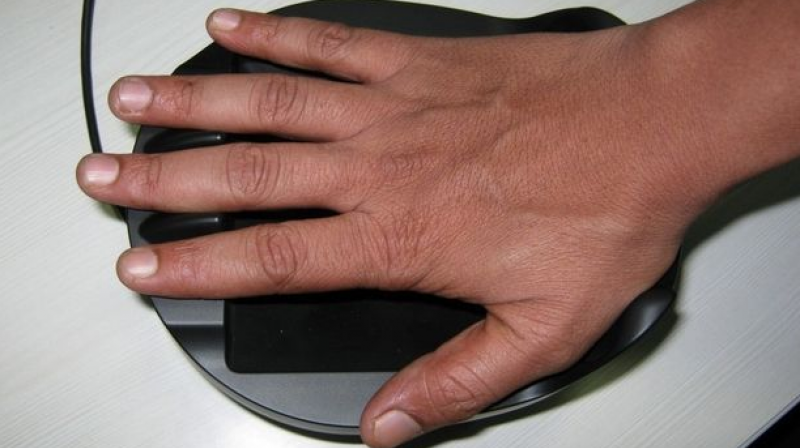 Hyderabad: Ms M. Sakku Bai, 58, from the old city is now unable to avail essential commodities from the ration shop because her fingerprints don’t match with those in the biometric system taken during the Aadhaar enrolment.

A ration shop dealer from Circle-II said many elderly were facing similar problems. Food security card holders can draw rations through the newly introduced Electronic Point of Sale system, after providing fingerprints in the biometric system.

The fingerprints should match with those in the Aadhaar database. The city has about 7.95 lakh ration cards but only 2.4 lakh cardholders have taken rations till date through 856 ration shops. Most of the remaining are the elderly whose biometrics don’t match or who face ePoS server problems.

A ration dealer from Yousufguda said the server of ePoS works properly only from 8 am to 10 am. “Once all the ration dealers log in, the server displays messages like ‘server down,’ ‘license key not found,’ ‘biometric device not found’ and ‘Aadhaar authentication invalid.’

We have submitted representations several times over the matter to officials,” he said. Ms B. Ramadevi from Amberpet said due to errors in the system, she had to visit the ration shop five times this month and had to wait in queues for hours.

He said officials had met to resolve the server issue and have decided to use high-end equipment. A new system costing an estimated Rs 8 crore is being planned, he said.http://www.deccanchronicle.com/nation/current-affairs/180416/hyderabad-fingerprint-woes-leaving-many-without-food-supply.html