DECCAN CHRONICLE. | ARJUN RAGHUNATH
According to sources, the option of searching Aadhaar using bio-metric identification like finger print was affected. 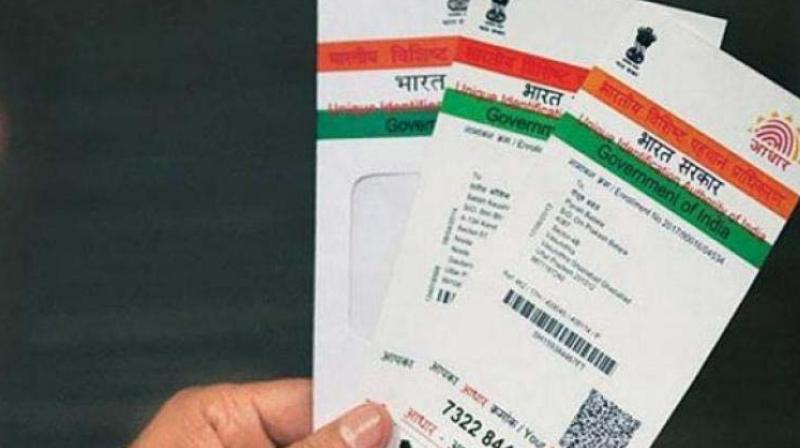 The adalats being held by the state government at flood affected areas were now using this facility.

Thiruvananthapuram: The recent concerns regarding security of Aadhaar has slightly affected the state government’s single window facility to issues various certificates lost by people in the floods.

According to sources, the option of searching Aadhaar using bio-metric identification like finger print was affected. It was learnt that the Unique Identification Authority of India has temporarily frozen the provision owing to the security concerns.

However, the UIDAI has provided a facility to search Aadhaar details using multiple parametres like name and date of birth.

The adalats being held by the state government at flood affected areas were now using this facility.

IT secretary M Sivasankar said that though there was an issue a solution was worked out. Hence the adalats were progressing. He also said that about 336 certificates could be issued at the adalat at Green Park auditorium in Aluva on Tuesday.

Does Modi Sarkar Want to Set a World Record for Yoga Policing?
Harvard to the rescue of Indian Feminists ! # womenrights #Vaw #mustshare
Aadhaar not mandatory for MGNREGA wages
Arundhati Roy - "The Battle for Love Must be Militantly Waged and Beautifully Won" #ElgaarParishad