Bank customers being denied access to their own bank accounts for want of Aadhaar number are being told by bankers that the Finacle software provided by Infosys is the reason for this. Bank of Baroda has clearly stated that Finacle banking software does not allow it to process applications without supplying an Aadhaar number from customer. While the Supreme Court has extended every deadline to link Aadhaar until it delivers final judgement in this matter, banks continue to demand an Aadhaar number and have also been disabling and freezing customer accounts for failure to submit it. Interestingly, the Finacle software has been developed by Infosys and is used by many banks. Nandan Nilekani, Infosys co-founder who is back at the helm there, was also the first Chairperson of Unique Identification Authority of India (UIDAI), tasked to issue Aadhaar number to Indian residents. Even though, Mr Nilekani no longer heads UIDAI, he continues to evangelise the unique identity for every Indian resident. But more about it later.

Get Moneylife’s
Top Stories by Email Rejecting an application to open an new bank account, one customer was told by Bank of Baroda that its banking software, Finacle does not allow processing of the applicaition without Aadhaar number. “Futher, the e-know your customer (e-KYC) procedure which is prerequisite of opening account cannot be carried out without Aadhaar. Hence we are unable to open account,” the note from an official of the Bank says. (See image)
Dr Anupam Saraph, a renowned expert in governance of complex systems, has raised question on the software update from Infosys that makes Aadhaar number mandatory for bank customer to open new account or to carry out any transction.

Does the upgraded version disallow opening new accounts without aadhaar?

Is there an aadhaar time bomb in your software? One that can disable access to the account itself?

Have you just been screwed by Infosys?

Like @HDFC_Bank Infosys has a conflict of interest in pushing #Aadhaar, doesn’t it? Is it a surprise that all new software from them seems to leave their customers (banks, government departments) helpless without forcing us, their customers, to submit Aadhaar?

Finacle upgraded version a very buggy, creating huge problems for the bank. Staff is under pressure and going on strike. Is this a planned crisis, to force #Aadhaar as well as banks privatisation??

Is this what I think it is 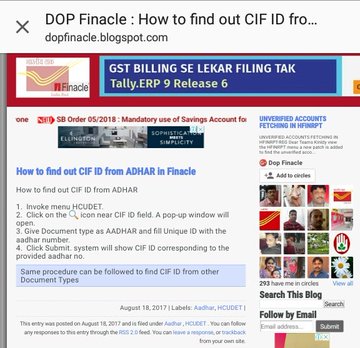 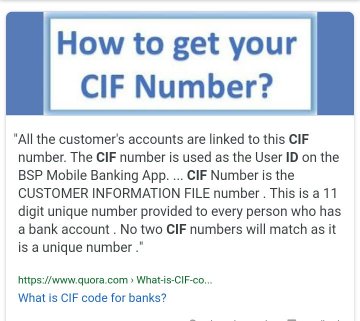 Twitter Ads info and privacy
The Bank of Baroda case however, is not an isolated example. Several customers are facing difficulties while availing banking services or operate own account due to Aadhaar. Even those who have Aadhaar number are facing several issues like failure of authentication or mismatch in fingerprints.
Explaining the ordeal in updating Aadhaar number, Vivian Fernandes from Delhi, says, “Aadhaar enrolment and updating are a mess in Delhi. At ICICI Bank, in Acharya Niketan near Mayur Vihar Phase I, Delhi, the facility has not been working for many weeks now. At the Speed Post head office in Krishna Nagar, I was told by the staff behind counter that Aadhaar update happens only on Tuesdays, Thursdays and Saturdays. I was told that one had to register at 8am, so I went there and got my name entered in a curled sheet of paper kept at the car parking. By then 24 persons had already entered their names. There was no one to man the desk! The Post Master was not aware of this procedure and says the public had devised it on their own! At 10am, I checked into the office and was told that the staff for Aadhaar enrolment or updates was on leave. The Post Master could not care less. I wrote a complaint and he acknowledged it. There is not even a notice board to say that the counter would not be open today. The public was left to figure it out by itself. I next checked at another Speed Post office in Patparganj and the Post Master told me the staff was on leave and the machines only accept his or her fingerprints for activation. He also said that they were so short-staffed and could not even attend routine activities and Aadhaar enrolment or updates and passport services were a huge imposition. Finally, I succeeded at the main post office at Patel Chowk in New Delhi.”

Having a tough time with my bank to not link Aadhaar to my PPF account.

Andhra Pradesh carried out a grand citizen survey and collected all of it’s residents #Aadhaar and then allowed anyone to search with their id. When you enter a single Aadhaar id, you get the entire family’s information, insurance status, house address. 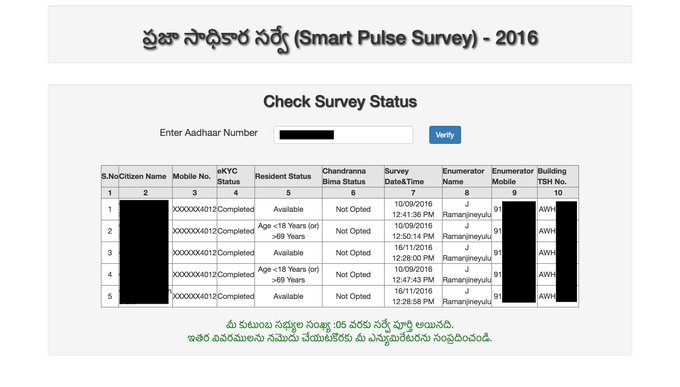 One Rajaram S shared details of ordeal his pensioner father-in-law has to go through despite possessing an Aadhaar. He says, “My father-in-law is a pensioner, and needs to go through the annual routing of verifying that he is alive, and getting the pension released. This time, he tried the go through the Jeevan Praman route. However, his fingerprint was not recognised. He went to the Aadhaar center, and updated his biometric details. Still the Jeevan Praman centre did not recognise his fingerprint. And they do not have an Iris scanner.”

So last week I tried my first Aadhaar biometric verification, at virtual gunpoint. Needed to open a joint account, and bank said no can do without Aadhaar. But verification failed. All ten fingers, many times over.

Twitter Ads info and privacy
Advocate Bapoo Malcolm from the Bombay High Court was asked for his Aadhaar at a hospital when he went for some tests. “Last week, had gone to a hospital for a fancy test. Know what they asked for? Aadhaar. Told them I had no identification on me. It was the truth. Then I asked them, ‘If I had come on a stretcher, comatose, would you have insisted on Aadhar?’. Test completed without more ado. Are Sauchalyas next? Hope the Supreme Court comes out with proper rules, that are non-obtrusive. And the government comes up with fool-proof barriers,” he says.
Coming back to Mr Nilekani, he is now back at the helm of Infosys. Earlier he was found to be part of every committee or group while serving as chief of UIDAI. This was strange and clear conflict of interest at that time since UIDAI has maintained that Aadhaar is voluntary, while all efforts of Mr Nilekani were to make it mandatory for everything. In 2013, Gopal Krishna, a member of Citizens Forum for Civil Liberties (CFCL), had sent a letter to the then Prime Minister Dr Manmohan Singh, pointing out this conflict of interest. (Read: Nandan Nilekani is part of every committee and group that is making Aadhaar mandatory) 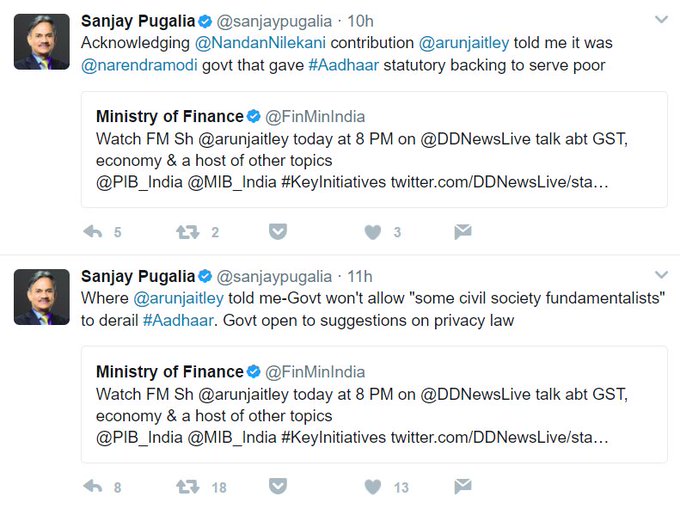 So @sanjaypugalia all praise for Jaitley and Nandan Nilekani, mentions nowhere that son worked for UIDAI & iSPIRIT #MeritInIndia

Infosys, one of the top IT company in India, provides Finacle software to banks. Finacle is termed as a product of EdgeVerve Systems, a unit of Infosys. Since its chief is using all methods to promote Aadhaar, no wonder the company is using its muscle power in banking to push the UID.
Promoting digital know your customer (KYC), a paper written by Ethan Want and Shweta Sivaraja, both Product Managers at Infosys Finacle, recommend banks to rethink process and technology for KYC and digitise their onboarding process. The paper says, “…KYC cannot be considered as one-time process. It is a recurring process of both collection and maintenance across many banks and regulators. Because KYC and idendity authentication is involved in so many financial servaices processes- from opening a bank account to making a payment to making an insurance claim- a digital KYC will have a revolutionary impact on banking and financial service industry”.
“…push for digital identities is being felt from various fronts, including Identification for Development (ID4D) program by the World Bank. Governments and regulatory bodies across the world are now re-writing the rule books on how KYC needs to be handled, making it more digital friendly. Also technology standards are being refined for digital indentity, for example, NIST has published a set of Digital Identity Guidelines. A prominent example is Aadhaar ID in India. Aadhaar inititive is to create unique indendification for all of India’s residents. In addition of provioding an ID, Aadhaar enavles banks to onboard their customers much more easily in an online onboarding through e-KYC, online onboarding enabled via APIs. E-KYC is a process of sendign customer data to UIDIA (Aadhaar issuing authority) and confirming the credentials of said customer, thus reducing the onboarding time significantly. Also it enables financial inclusion as many of the Aadhaar card holders who do not have any other government issued ID can now enter the banking system. In additon to the Aadhaar based KYC, India has also instituted the C-KYC process where banks pool therei KYC data in a central repository with can then be used for onboarding by any other bank in the country,” the paper says.
Two issues in this statement from EdgeVerve needs to be corrected. As per replies received under Right to Information (RTI) Act and submission from the Government and UIDAI before the Supreme Court, about 99.6% of the residents who have been issued an Aadhaar number have had an official document for identification, which was used as base to issue the Aadhaar. Secondly, Indian citizens were excluded from formal banking channel not for want of an identifcation, but due to distance and time taken to access the bank. Point to note here is even before Aadhaar, there were crores of new bank accounts opened under the RBI’s basic saving bank deposit account (BSBDA). Most of these dormant accounts were later converted in to JanDhan Yojana. But that is a different matter.
Elaborating the issues faced by bank and bankers, Dr Saraph, one of the petitioners in the Aadhaar case in the Supreme Court, sums it up with in a better say. “They do not trust the bank account that were opened during the past over 70 years, but now want the same bankers to generate new data and benami accounts in the (eKYC) process?” he says.
https://www.moneylife.in/article/aadhaar-is-infosys-founder-nilekanirsquos-conflict-of-interest-making-lives-difficult-for-bank-customers-through-finacle/54408.html