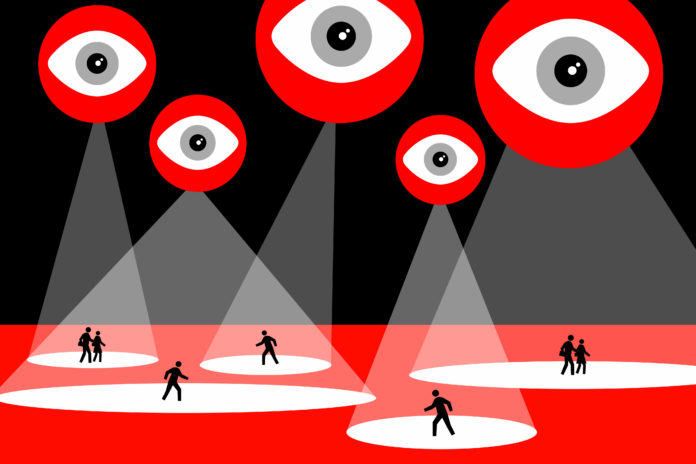 Unique Identity (UID)/Aadhaar and NPR for National Register Indian Citizens (NRIC) treats every Indian as a subject of surveillance, unlike the UK which has abandoned a similar project because it is “untested, unreliable and unsafe technology” and the” possible risk to the safety and security of citizens.”

This is the first part of the six-part series on NPR, NRC, CAA and its links to surveillance.

According to the Concise Oxford Dictionary, surveillance means ‘close observation, especially of a suspected person’. Isn’t surveillance dehumanizing? Surveillance is based on a system of permanent registration. It is a decisive economic operator, wrote Michel Foucault, in Discipline and Punish The Birth of Prison.

The entire Indian and international media has been taken for a ride regarding a so-called turf war between the Ministry of Home Affairs and Unique Identification Authority of India (UIDAI) which media was made to understand that got resolved by diving the Indian population in two parts of 61 crores and 60 crores for coverage under National Population Register (NPR) which also generates Aadhaar number and UIDAI. The fact is the terms of reference of the UIDAI mandated it “take necessary steps to ensure collation of National Population Register (NPR) with UID (as per approved strategy)”, to “identify new partner/user agencies”, to “issue necessary instructions to agencies that undertake the creation of databases… (to) enable collation and correlation with UID and its partner databases” and UIDAI “shall own and operate the database”. The central government’s notification dated January 28, 2009, that constituted UIDAI mentions this. This notification finds endorsement in Section 59 of the Aadhaar Act, 2016. The entire exercise seems to have been stage-managed.

The government of India’s approach paper on privacy is revealing in this regard. It says, “Data privacy and the need to protect personal information is almost never a concern when data is stored in a decentralised manner. Data that is maintained in silos is largely useless outside that silo and consequently has a low likelihood of causing any damage. However, all this is likely to change with the implementation of the UID Project. One of the inevitable consequences of the UID project will be that the UID Number will unify multiple databases. As more and more agencies of the government sign on to the UID Project, the UID Number will become the common thread that links all those databases together. Over time, private enterprise could also adopt the UID Number as an identifier for the purposes of the delivery of their services or even for enrolment as a customer. Once this happens, the separation of data that currently exists between multiple databases will vanish.” This reveals that UID/Aadhaar database, NPR database and all other pre-existing databases including census data is being converged “as per approved strategy”.

UK Home Secretary explained in the British Parliament that UK Government was abandoning the Nation ID project because it would otherwise be ‘intrusive bullying’ by the state and that the government intended to be the ‘servant’ of the people, and not their ‘master’. Unique Identity (UID)/Aadhaar and NPR for National Register Indian Citizens (NRIC) treats every Indian as a subject of surveillance, unlike UK which has abandoned a similar project (that used to be cited by Wipro Ltd in promotion of UID/Aadhaar) because it is “untested, unreliable and unsafe technology” and the” possible risk to the safety and security of citizens.” It was recorded by the Parliamentary Standing Committee (PSC) on Finance that submitted a report to both the Houses of Parliament on December 13, 2011, trashing the biometric identification project. Wipro Ltd is the one which created the vision document for UID/Aadhaar.

Even as the surveillance infrastructure is being bulldozed by the central government through UID/Aadhaar, NPR and NRIC unfolded in India, UK’s Deputy Prime Minister said in a speech in British House of Commons said, “This government will end the culture of spying on its citizens. It is outrageous that decent, law-abiding people are regularly treated as if they have something to hide. It has to stop. So there will be no ID card scheme. No national identity register, a halt to second-generation biometric passports,”

He added, “We won’t hold your internet and email records when there is just no reason to do so. Britain must not be a country where our children grow up so used to their liberty being infringed that they accept it without question. Schools will not take children’s fingerprints without even asking their parent’s consent. This will be a government that is proud when British citizens stand up against illegitimate advances of the state.”

This aspect has been underlined as part of a unanimous verdict of the 9-Judge Constitution Bench of the Supreme Court saying, “Surveillance is not new, but technology has permitted surveillance in ways that are unimaginable. Edward Snowden shocked the world with his disclosures about global surveillance….The European Union Regulation of 2016 on data privacy defines ‘Profiling’ as any form of automated processing of personal data consisting of the use of personal data to evaluate certain personal aspects relating to a natural person, in particular, to analyse or predict aspects concerning that natural person’s performance at work, economic situation, health, personal preferences, interests, reliability, behaviour, location or movements. Such profiling can result in discrimination based on religion, ethnicity, and caste.” This has genocidal implications. It has also observed that “there is what is now described as ‘veillant panoptic assemblage’, where data gathered through the ordinary citizen’s veillance practices finds its way to state surveillance mechanisms, through the corporations that hold that data”.

It has been reported that as Gujarat Chief Minister, Narendra Modi wrote to the then Prime Minister questioning the need for National Population Register (NPR) by Registrar General of India & Census Commissioner, Union Ministry of Home Affairs. Gujarat stopped the collection of biometric data for the creation of the NPR (October 6, 2011, Indian Express). In his letter to the Prime Minister, he wrote, “there is no mention of capturing biometrics in the Citizenship Act or Citizenship Rules 2009”. He added, “In the absence of any provision in the Citizenship Act, 1955, or rules for capturing biometrics, it is difficult to appreciate how the capture of biometrics is a statutory requirement. Photography and biometrics is only mentioned in the Manual of Instructions for filling up the NPR household schedule and even in that there is no mention of capturing the Iris”.  But these concerns appear irrelevant now that he has become the Prime Minister. His views about UID/Aadhaar too changed inexplicably.

The idea of biometric identification is linked with the holocaust witnessed in Germany. Such identification exercises have rightly been abandoned in UK, Australia, China, the USA, and France. It is noteworthy that Nandan Nilekani as Chairman, UIDAI admitted, “To answer the question about what is the biggest risk” of centralized database of biometric identification, he said “in some sense, you run the risk of creating a single point of failure also” in his talk at the World Bank in Washington on April 24, 2013. This single point of failure of IBM’s handing over of census data to the Nazi Party facilitated the holocaust.

Revealed: Jaitley Redefines ‘Foreign’ as ‘Indian’ to Get BJP
Odisha - Cyclothon For Transgenders In Bhubaneswar
RSS worker Nikhil seriously injured while making bomb at his home
Over 100 Historians to Parliamentary panel against proposed changes to NCERT history textbooks