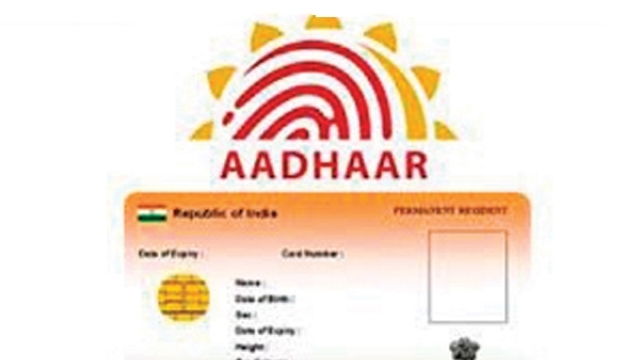 Workers rescued from bonded labour in India will be unable to access compensation because the government has linked the benefit to the Aadhar card.

Workers rescued from bonded labour in India will be unable to access compensation because the government has linked the benefit to a biometric identity card that most victims do not have, activists said on Tuesday. Rights campaigners warned that rescued workers could be forced back into bonded labour if they could not claim rehabilitation grants quickly to help them get back on their feet.

India, which has announced plans to rescue over 18 million bonded labourers by 2030, increased compensation for rescued workers five-fold last year as part of wider efforts to tackle modern slavery. But it announced last week that the payouts – like many other welfare benefits – would be linked to the country’s Aadhar card. Aadhar is a 12-digit identity number issued to Indian residents that requires individuals to register their fingerprints and iris signatures.

The government says more than 90 percent of residents now have an Aadhar number. But rights activists estimate only about 1 percent of bonded workers have one. “It’s impossible for workers bonded in brick kilns to apply for an Aadhar card. Would an employer allow trafficked workers to register their credentials with the government?” said Nirmal Gorana, head of the National Campaign Committee for Eradication of Bonded Labour.

Requiring rescued workers to apply for a card before they can access compensation will complicate an already lengthy claims process, putting them at further risk of exploitation, he added. The government says linking social welfare schemes to Aadhar will weed out bogus beneficiaries and ensure transparent and efficient payouts. It has set a June 30 deadline for workers to enrol or show proof they have applied.

India banned bonded labour in 1976, but it remains widespread with millions working in fields, brick kilns, brothels or as domestics to pay off debts. Rescued bonded labourers are entitled to a rehabilitation grant of 100,000 Indian rupees ($1,519). Rescued child labourers receive 200,000 rupees and victims of trafficking 300,000 rupees. Umi Daniel, regional head of the non-profit Aide et Action International, said the authorities should ensure people are registered for Aadhar before linking benefits to the card.

“This is imposing an unnecessary condition,” said Daniel, a leading activist on bonded labour. “There is a high risk of people falling (back) into the same kind of bondage if the rehabilitation is not done in a sustainable way.”

India is home to 40 percent of the world’s estimated 45.8 million slaves, according to a 2016 global slavery index published by the Australia-based Walk Free Foundation.http://www.dnaindia.com/world/report-india-s-new-welfare-rules-put-rescued-slaves-at-risk-activists-2352710