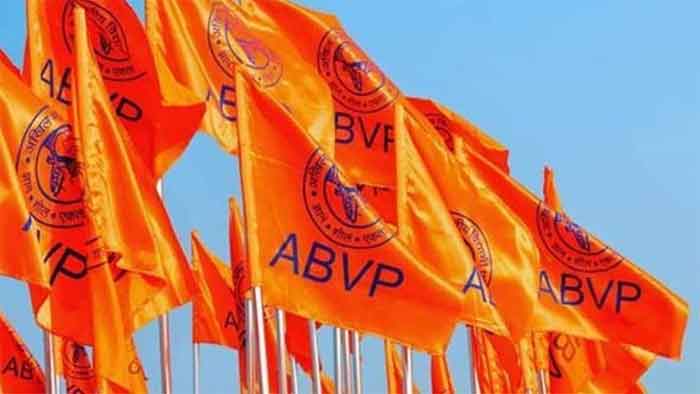 BHOPAL: July 30, 2021 will be recorded as a day of shame in the history of Dr. Gaur Central University of Madhya Pradesh. On this day the RSS affiliated Vidhyarthi Parishad directed the University to remove the names of two eminent scholars from the list of speakers who were to participate in a Webinar organised by the University. The ABVP claimed that Dr. Gauhar Raza and Dr. Apoorvanand are “enemies of the nation” and therefore should not be allowed to speak in the Webinar. It may be mentioned here that Raza is a well-known scientist and Dr. Apoorvanand teaches in Delhi University and ranks as a great scholar. Besides both are committed to secular values as enshrined in the Constitution.

The Department of Anthropology, Dr. Harisingh Gour Vishwavidyalaya, in collaboration with Montclair State University, New Jersey, USA decided to host the above online seminar in early May, 2021. Departmental council of the Department of Anthropology passed a resolution to organise an International Webinar with collaboration of GIAN Faculty Prof. Neeraj Vedwan, Montclair State University, USA on 28 May 2021. The subject of the Webinar was “Cultural and Linguistic Hurdles in the Achievement of Scientific Temper”.

The proposal was sent to the Vice Chancellor on 2 June 2021. It was approved and permission was accorded, on 7 June 2021, by her. Subsequently, the list of speakers, which included the name of Prof. Gauhar Raza and Prof. Apoorvanand was approved by the VC on 20 July 2021.

On 22 July 2021, ABVP submitted a memorandum and threatened the university to disrupt the conference unless the names of Prof. Gauhar Raza and Prof. Apoorvanand are not dropped from the list of speakers.

On 29 July 2021, the university started buckling under the pressure and the Registrar issued a letter, asking the Head of the Department to seek permission from the Ministry for holding a conference.

On 29 July 2021 itself the Police Superintendent who should have provided all the support to the university for organising the conference wrote a threatening letter to VC. Instead of controlling the goons the police threatened to slap 505 IPC on the organisers. On 30 July 2021, the registrar issued another letter to postpone the webinar till approval is granted. And he proactively warned the organisers and participants to refrain even from attending the conference.

At the time of the conference police officials and university security staff were deployed in the Department so that nobody could even listen to the proceedings.  Many scholars and students registered their protest. They said “We believe that this event represents a twin attack on the scientific temper as well as on the autonomy of the academic institution. Evidently since this government has come to power there has been a relentless assault on both. The atrocious argument that someone’s feelings will get hurt if ‘hurdles in achieving scientific temper’ are discussed by academicians and scholars is only a smoke screen to intimidate free speech and academic discourse.

“We are ashamed that this has been allowed to happen in 21st century India. We were the first country to pass a Scientific Policy Resolution, including ‘spreading scientific temper’ as a constitutional duty of every citizen, which we should rightly be proud of. We also believe that this is not an isolated incident, there have been similar attacks on the academicians in Ujjain, Mandsaur, Bhopal in the recent past. However, this incident has surpassed all limits of civility and has also sullied the image of the country abroad.

“We are shocked by the letter of the Superintendent of Police, Atul Singh to the Vice-Chancellor which unequivocally threatens the organisers to invoke ‘505 IPC’, against them ‘if any speaker’ hurts the feelings of ‘any group’. Atul Singh is quoted to have said that he had received “references to the past history, anti-national mentality and caste-related statements of the speakers attending the webinar”. It is clear that at the behest of the political masters, the police wanted to scare organisers and force them not to organise the seminar.