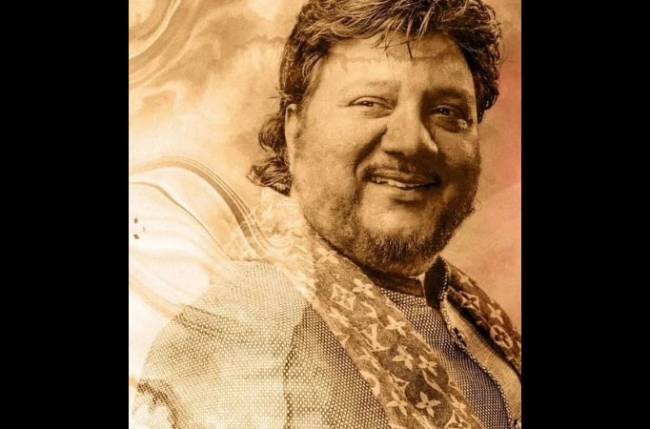 Punjab chief minister Amarinder Singh informed on Twitter that the Sardool Sikander had tested positive for the coronavirus disease (Covid-19) and was being treated for it.

Punjab has lost a legend today.

A man who filled our hearts with soulful music and till his last days supported Punjabis in their fight for their rights.

He came to Kisan Morchas multiple times along with his family and stood by us. #RIPSardoolSikander You will be missed.

opular Punjabi singer Sardool Sikander has passed away after succumbing to the deadly coronavirus at Mohali in Punjab. He was 60 years of age and was undergoing treatment for various issues, other than coronavirus, including kidney damage, uncontrolled sugar, and multi-organism failure.

Taking to his Twitter handle, Punjab Chief Minister Amarinder Singh broke the news of his death and wrote, ‘Extremely saddened to learn of the demise of legendary Punjabi singer Sardool Sikander.

He was recently diagnosed with #Covid19 and was undergoing treatment for the same. The world of Punjabi music is poorer today. My heartfelt condolences to his family and fans.’ As soon as the tragic news broke out on social media, the singer’s fans flooded the comment section with tributes as they expressed their deepest condolences to the family of the departed soul.

His demise shocked the whole Punjabi music and film fraternity as several celebs mourned his death on social media.

Bollywood singer and music composer Vishal Dadlani also took to his Twitter handle and expressed his grief and conveyed his condolences to the family members as he tweeted, ‘I can’t believe #SardoolSikander -Saab has left us. This is heartbreaking and far too personal…’ Comedian Kapil Sharma also mourned his death and recalled an incident where the late singer visited him on the occasion of his daughter’s first Lohri.

ributes poured in following the death of the celebrated singer, who had also undergone a kidney transplant a few years ago.

Chief minister Amarinder Singh informed on Twitter that the Sikander had tested positive for the coronavirus disease (Covid-19) and was being treated for it. “Extremely saddened to learn of the demise of legendary Punjabi singer Sardool Sikander. He was recently diagnosed with #Covid19 and was undergoing treatment for the same. The world of Punjabi music is poorer today. My heartfelt condolences to his family and fans,” he tweeted.

Preneet Kaur, former minister of state for external affairs and member of Parliament from Patiala, also paid tribute to the singer on the microblogging site. “Saddened by the demise of legendary Punjabi singer and music icon Sardool Sikander Ji. His sudden death has left a big vacuum in Punjabi music industry and also in the hearts of millions of fans worldwide. My thoughts and prayers are with the family. RIP,” she tweeted.

“Paying condolences to the family members of Sardool Sikander Ji whose contribution towards Punjabi music industry is immense. May his soul rest in peace,” the Congress’s Punjab unit posted on Twitter.

Fortis Hospital, where he was being treated, also issued a statement. “The hospital Noted Punjabi singer, Mr Sardool Sikander, passed away at Fortis Hospital, Mohali, on Wednesday, February 24 at 11:55 am. He was 60. He was admitted to Fortis Mohali on January 19 in a very serious condition with complaints of Low oxygen levels. Mr Sikander, who was diabetic, was recently treated for Covid-19. He had undergone renal transplant in 2016 and Percutaneous transluminal coronary angioplasty (PTCA) in 2003. In spite of the best efforts of the doctors and other care givers at Fortis Mohali, his condition improved only marginally over the next 3-4 weeks. Due to his severely compromised state of health, his condition deteriorated again and had to be put on Life Support. Unfortunately, the patient breathed his last with his family at the bedside. Fortis Mohali extends its heartfelt condolences on the sad demise of Mr Sikander,” the statement read.

Bollywood actor Ayushmann Khurrana also took to his Instagram handle and mourned the loss. Singer-actor Diljit Dosanjh expressed his sadness over the singer’s passing with a heartfelt note.

For the unversed, Sardool Sikander was the son of tabla player Sagar Mastana.

He started his career in the early 80s and went on to become one of the most celebrated singers in the Punjabi music industry.

He belonged to Patiala gharana of music and produced over 25 albums in his almost 30 years and delivered several hits like ‘Husna De Malko’, ‘Thokran’, ‘Khat Tukde Tukde’ and many more.