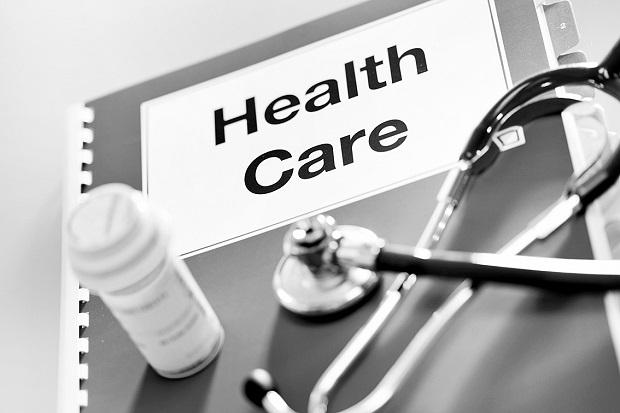 Tuesday, April 27, 2021
Several social and political activists, including veteran physician Dr GG Parikh, who participated in 1942 Quit India movement and went to jail; Magsaysay award winning social activist Prof Sandeep Pandey; and socialist thinker Brij Khandelwal, among others, have demanded that the Modi government and all state governments “must immediately nationalize all healthcare infrastructure” in view of the current Covid crisis.

Claiming the Modi government has “miserably failed to ensure that private healthcare services are offered to no profit basis at a time when the entire country is reeling under severest form of public health and humanitarian crises”, the statement says, “Rather the government itself has negotiated a maximum price cap for private sector that allows it to earn huge profits.”

The statement insists, “The government should bring the private health industry under its control, so that from vaccines to diagnostics to medical care, everything is free of cost in a country where a lot of its citizens are already reeling under intensifying economic hardship. The prohibitive cost of medical care is a barrier blocking all those who need life-saving care, and is even pushing people deeper into poverty.”

It notes, “Countries like Spain have recently nationalised their health services, whereas about 30 countries, including Canada, the United Kingdom, Brazil, South Africa, Cuba and Sri Lanka have had a government-funded healthcare system for a long time.”
Calling vaccine manufacturers “greedy”, the statement says, while the “Despite UK based AstraZeneca/Oxford that did the research and development of the Covid vaccine, claiming that it will rollout the vaccine at no profit, the manufacturer of this vaccine in India (Serum Institute of India which is selling it as ‘Covishield’) is reaping profits.”

It regrets, as for Covaxin, another vaccine for Covid that is being sold by Bharat Biotech but whose initial important research took place in government’s National Institute of Virology, Indian Council of Medical Research, it “announced that it will sell the vaccine to central government at Rs 150 but charge Rs 600 from state governments and Rs 1,200 from private.”

It asks, “Should not government strictly regulate these greedy vaccine manufacturers so that they are not able to reap unlimited profits? Also why should not government take over these vaccine manufacturing and nationalize it?”
Insisting that “oygen used by industries must be stopped immediately and all oxygen be made available for healthcare services”, the statement says, “As per news, 30% of Covid admissions are of VIP for mild to moderate symptoms. VIP culture must come to an end. All admissions to hospitals should happen in a coordinated manner using some transparent system which can inform patients, if they cannot be admitted immediately, how much they may have to wait.”
At the same time, the statement says, “The UP government has ignored the 2018 Allahabad High Court’s Justice Sudhir Agarwal and Justice Ajeet Kumar order that all receiving salaries from the government and their family members should get themselves treated at government health care facilities. Implementation of this order alone will make the government health care robust. So this should be immediately implemented.”

Meanwhile, SPI has begun an online petition demanding that the Modi government must “ensure free roll out of Covid vaccines”, insisting, “Government must procure vaccines for all people from the manufacturers at the lowest possible price, or nationalize vaccine manufacturing because important scientific vaccine development was done using public resources for both vaccines currently used in India (Covishield and Covaxin).”
The petition says, “As Covaxin’s important research was done by ICMR, it is likely that the government will have the intellectual property rights. Perhaps that is why government has selected another manufacturer for Covaxin, Pune-based Haffkine institute. We demand that government should disclose if it holds the intellectual property rights and if yes, then allow every vaccine manufacturer in India and worldwide to manufacture it without delay to help save lives.”
Wanting the Government of India to “directly bulk procure vaccines efficiently from the manufacturer at a price which should not allow manufacturers to earn super profits”, petition demands, “Government should not allow separate pricing for central/ national government and state governments”, wondering, “Why is government not regulating and announcing prices rather letting industry announce prices?