NEW DELHI:  Several prominent activists have threatened to boycott Prime Minister Narendra Modi’s inaugural address tomorrow at the annual Right to Information or RTI convention, as only seven of them have been invited for it. 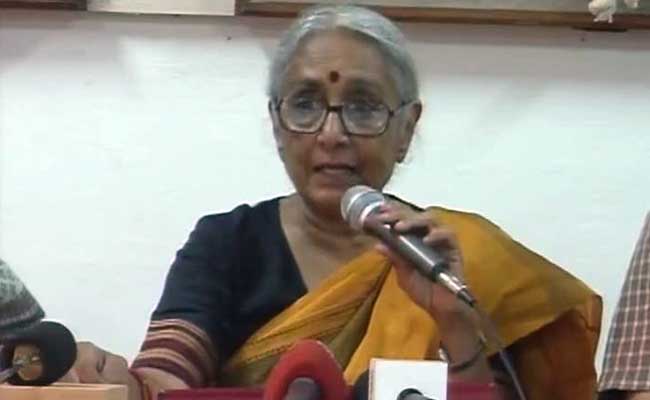 RTI activist Aruna Roy, who has been invited, said the Intelligence Bureau had run background checks on activists.

Well-known activist Aruna Roy, who has been invited, said at a press conference today that the Intelligence Bureau or IB had run background checks on activists and many had not been invited for security reasons.

“It is severely restricted, only seven have been invited. The contribution of civil society has been appreciated by everyone,” she said adding, “”We do not understand why this Intelligence check was necessary. There have never been such measures before.”

Ms Roy and five others invited for the PM’s session have said they will boycott it in solidarity with those who did not receive an invitation.

“The Chief Information Commissioner reportedly wanted to invite more activists, but government did not allow it. This is the government’s interference in the CIC,” the 69-year old activist alleged.

Rakesh Dubbudu, an RTI activist from Hyderabad who has not made the list, said IB officers had reached his home and asked questions like what his parents do and what they think about the government. He said he was surprised, because he has been working for some time now with the state government, which recommended him for participation in the two-day convention, organised by the Central Information Commission.

In past years, more than 200 RTI activists have attended the inaugural session of the annual event, usually addressed by the President or Prime Minister. The convention takes stock of RTI, an important tool for citizens to fight corruption and seek transparency.

This year, the meet celebrates the 10th anniversary of the RTI Act. PM Modi, who was to travel to Bihar, has reportedly changed his schedule to attend the convention.

It was not held last year because the Chief Information Commissioner had retired and no one had been appointed in his place by then.

Post on Facebook threatens to blow up Jaipur airport
SC to Monitor Work of Special Courts Which Will Try Lawmakers
Photo of Ex-Minister Maya Kodnani, Jailed for 2002 Riots, Sparks Anger
The US just bombed Yemen, and no one's talking about it