Universal code on film sets is need of the hour

Bollywood actor Emraan Hashmi, who will be seen next in the upcoming film Cheat India, reacted to the MeToo campaign and emphasised on the importance of having a sexual harassment clause in contracts. 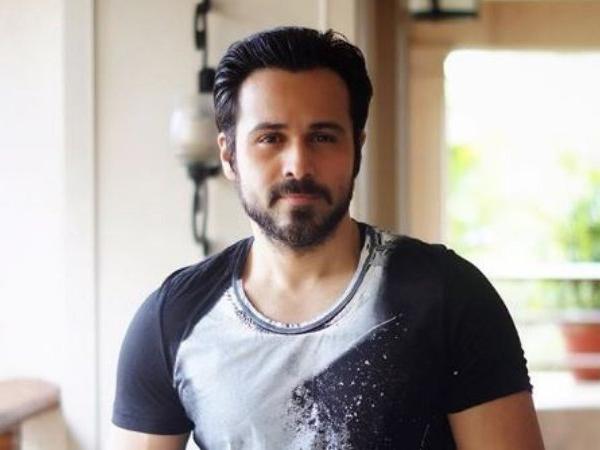 Emraan Hashmi on including a sexual harassment clause in his contract and that of his crew, which will safeguard women, while men will be forewarned to not cross the

Even as more skeletons tumble out of the #MeToo closet, Emraan Hashmi informs Mirror that from his conversations with lawyers and his own experiences on agreements with different production houses, he has decided to add a sexual harassment clause to his contracts from now on, along with other clauses relating to confidentiality and termination. While he has yet to work out the modalities and legalities, the actor asserts that the clauses incorporate the Sexual Harassment of Women at Workplace (Prevention, Prohibition & Redressal) Act, 2013.

“Such clauses are already in contracts in several industries, including MNCs. No film production company has enforced it so far, but with the #MeToo movement that started a decade ago, picking up steam in the West last year and inching towards India, with someone being outed almost every hour on the social media, such clauses have become imperative. In my company at least, it will include both male and female cast and crew members,” says the actor who has recently jumped into production and collaborated with Bhusan Kumar, Atul Kasbekar and Tanuj Garg on a film on education scams, Cheat India.

Pointing out that there’s still some amount of confusion about what amounts to sexual harassment, with several companies in the West having their own laws, a certain amount of anxiety has crept into a large section of the male population with reactions being very subjective. “For some women, a mildly flirtatious remark could be tantamount to sexual harassment. Men are on tenterhooks because what is said in jest, can be misconstrued and one could be fried. In the circumstances, lying down a universal moral code on the film set, dictated by the government’s guidelines, is the need of the hour. This will safeguard the interests of women and men will be forewarned so they don’t cross the line,” Emraan reasons.

The movement has already displaced big names like Harvey Weinstein and Bill Cosby in the West, and with more and more women speaking up on the social media, the press picking up their stories and putting it out in the public domain, the #MeToo tsumani is sweeping the world. Pointing out that ours is a maledominated society, the actor-filmmaker reasons that misogyny is not just hatred and hostility towards women, it’s also about rewarding those who maintain the status quo while controlling and punishing those who challenge male dominance. “In this scenario, this movement is a great start. It’s our moral responsibility to protect women who have been at the receiving end for way too long but while most of the voices are speaking the truth, along with devious men, there are devious women with agendas too, who can use it against a man who has ticked them off in the past,” he says.

Reiterating that anyone in a position of power who uses it to exploit someone, is guilty of sexual harassment, he says that while it’s only right that the law favours a woman and protects her, there is need for some correction or revision because with men could also be vulnerable. “If there are male bosses, there are female bosses too,” he argues.

Actors are even more vulnerable since a dance move, an intimate scene or even an on-screen kiss can put them at a risk. Is that cause for worry? “No, I don’t expect any surprises because I have only ever done what the script demanded and what the director wanted. There was always a clear and open dialogue with the writer, director and my co-star before an intimate scene during which the duration and aesthetics would be discussed. If the lady had a problem, we would try to resolve it. If she was still uncomfortable, I would suggest we remove it. Even if it was okay with her, we would first agree on what was required before the shot was taken so there was no way I would do something out of line and not on the page,” he informs, pointing out that on a film set, the woman is always a minority, surrounded by a 100 men behind the camera, all physically stronger than her. “It’s tough on her and plays on her psyche which is why it’s important that we are sensitive and empathetic to her. A woman knows when a man is out of line.”

Should a woman, who he has known for years, come to him with a sexual harassment case, what would be his advice? “I’d back her and urge her to speak up because by being silent she is adding to her trauma and the person is free to exploit 10 others down the line. Nothing remains behind closed doors anymore. Everyone is accountable and has to abide by the law,” he asserts.

Down the years, many relationships have blossomed in the workplace. But will this movement mean the end of office romance?

“I don’t think so, we’ve not reached such a darak place yet. Romance can never die. But yes, men will be more cautious now, test the waters before they dive in. Sometimes they can get pushy, and that’s the problem. The body never lies. If a touch or a hug feels creepy, you know there’s something amiss,” he warns.

Would he be interested in making a film on the subject? “If I can get a good script… I’m interested in things that are relevant and rooted in reality,” he concludes.