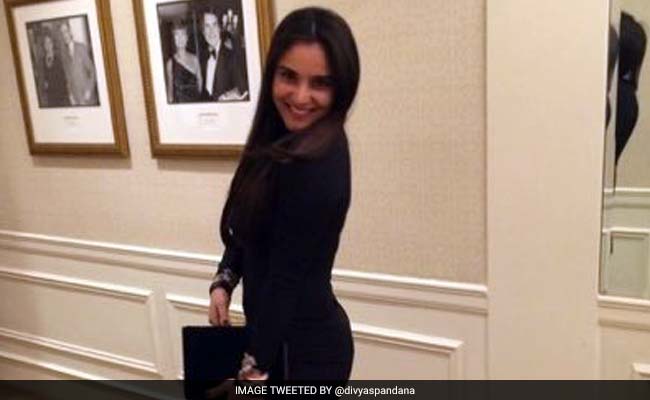 Actor-politician Ramya is being attacked for saying Pakistan is “not hell, its people are like us”

Ramya, 33, had referred to Defence Minister Manohar Parrikar‘s statement that “going to Pakistan is like going to hell” and said: “Pakistan is not hell. People there are just like us. They treated us very well.”

The Kannada actor, whose real name is Divya Spandana, has been targeted by political activists as “anti-national” and a lawyer has filed a sedition case against her in Kodagu in southern Karnataka, around 250 km from state capital Bengaluru.

The lawyer, Katnamane Vittal Gowda, has been quoted by reports as saying that he is “appalled” that Ramya praised Pakistanis.

The case will be heard on Saturday.

Ramya visited Islamabad for a meeting of young parliamentarians from SAARC or the South Asian Association for Regional Cooperation, a grouping of eight countries.

A member of the Congress since 2011 and a former lawmaker from Mandya, the actor has also been trolled on twitter for her comments.

“Sedition” has been a hotly debated keyword in Karnataka after a police case was filed against Amnesty International over a Kashmir-related event last week where slogans of “Azadi” (freedom) were raised.

A sedition and rioting case was filed after the Akhil Bhartiya Vidyarthi Parishad, an organisation linked to the BJP, went to the police. There have been no arrests.

The state’s ruling Congress, facing criticism, has betrayed a divide over whether the sedition case is justified.