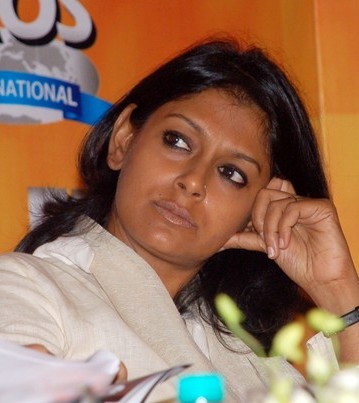 Nandita Das, sculptor Kapoor speak against Modi in Stockholm
Das, who has supported a “cultural pluralism campaign” asking people to vote for secular candidates, said she has been on the receiving end of a vitriolic attack for opposing Modi.
STOCKHOLM: Two of India’s best known artists, actress Nandita Das and sculptor Anish Kapoor, have asked people to voice their concerns about BJP prime ministerial candidate Narendra Modi’s brand of politics.

Das has warned Modi’s victory in the Lok Sabha elections would result in the penetration of “an ideology of hate into the government machinery and influence institutions and policies”.

She said Modi as prime minister would “make minority communities like Muslims, who are already marginalized, feel more vulnerable than ever before” after showcasing her film, Firaq, at the India Unlimited festival in Stockholm.

“During a short stint in the government, the NDA alliance changed the content of school text books to their advantage. Once Modi becomes PM, these policies based on hate will get legitimised and we will not even get to know about them.”

Das, who has supported a “cultural pluralism campaign” asking people to vote for secular candidates, said she has been on the receiving end of a vitriolic attack for opposing Modi.

“The amount of hate mails I have received asking me and my son to leave India and migrate to Pakistan just because I oppose Modi has made me realise that never before in this country has one seen such tremendous threat to the freedom of expression. For the first time, I am truly afraid.”

She said Indians have decided to trade off human rights for the fake promise of development. “It is almost like under Modi raaj, there can be no differing views. The level of intolerance that one is noticing against anyone opposing Modi and the courage with which the attacks are happening clearly shows how anti-socials and political goons know there is someone to protect them.”

Similar was the reaction that Kapoor got when he recently published a letter opposing Modi. “Since its publication we have been subject to a barrage of intimidating correspondence. It is clear the Modi camp fears criticism because there is much to hide. Every single person who signed the letter has received a host of emails, tweets, etc,” Kapoor said.

“The Muslim minority were overwhelmingly the victims of pillage, murder and terror, resulting in the deaths of more than 2,000 men, women and children. Women, in particular, were subjected to brutal acts of violence and were left largely unprotected by the security forces.”

Kapoor said their voices need to be heard and asked everyone to shout about it. “Trade cannot be had at any cost. Lives of the poor have just as much value as the lives of the rich. I say we ask our friends in business in India and the UK to consider the social and environmental price.”