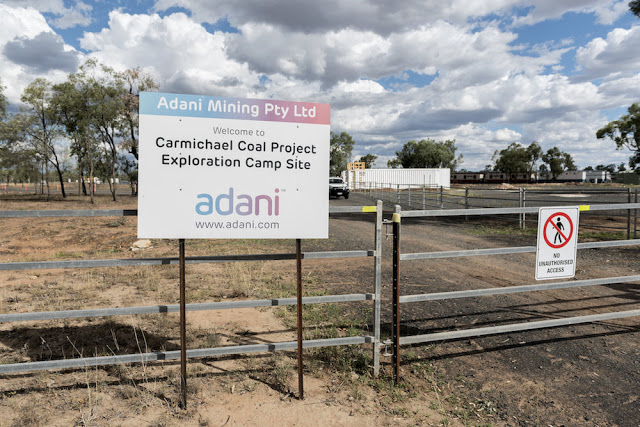 In a surprise move, an Australian environmental group, Frontline Action on Coal, has claimed that Adani Mining Carmichael mine site, being operated by the powerful Indian industrial house known to close to Prime Minister Narendra Modi, is operating in “full swing” during a time Australian states are closing their borders because of the COVID-19 crisis, with many states advocating for only supermarkets and pharmacies to be open.”

“Employees of the mine who reach the mine site traveling long distances for work risk themselves and the local communities facing the COVID19 crisis”, the NGO, which is based in the Queensland state of the country, alleged in a fresh move to create an atmosphere against the Adani Group.

The Melbourne-based South Asia Times quoted the NGO as saying, “Members of the public stated that they found the decision of Adani Australia to continue their operations amidst a global pandemic to be risking the health and safety of employees as well as the local community”.

It quoted an NGO media release as stating, Adani Australia employees and contractors travel hundreds of kilometers from around the country to get to the Carmichael site. Adani’s decision to continue operations has the potential to put remote and vulnerable communities as well as fellow workers in Central QLD at risk, with the spreading of COVID-19 a likely outcome, it added.

Quoting “concerned citizens, who witnessed these operations”, the media release said, they have found that Adani “was not following appropriate protocol”, adding, “Adani employees were coming within two metres of them on a public road, even after they asked them to keep their distance.”
Frontline Action on Coal spokesperson Amy Booth, supporting the need for “encourage” physical distancing, which includes not traveling, regretted, “For Adani to continue encouraging its employees and contractors to travel great distances, in a region where COVID-19 is not yet prevalent, is dangerous, unsafe and is far from the necessary physical distancing which health officials are urging people to do.”