Adani: Thousands turn out across Australia to protest against Carmichael coal mine

The ABC’s Four Corners program on Monday revealed alleged cases of bribery, corruption and environmentally destructive behaviour by the Adani Group in India.

Adani is seeking a $900-million loan from taxpayers so it can build the railway line from the proposed mine site in the Galilee Basin to the Abbot Point coal port.

“If this mine does go ahead it drives us into a dirty future and Australia is a country that’s smarter than that,” said Simon Fosterling, a Bondi surf life saver at the Sydney protest, which attracted about 2,000 people.

“I have a two-year-old daughter and I don’t want to have a conversation with her in 10 years time and the mine’s gone ahead and she says to me, ‘dad, why didn’t you do something?'”

Protesters spelled out ‘#STOP ADANI’ by standing in formation on the sand.

Both state and federal governments have defended the approval process, with Queensland Premier Annastacia Palaszczuk maintaining the project will bring much-needed jobs and the company will be held to account.

“You only have to travel to regional Queensland to understand what this project means to thousands of families out there that will be employed through this project,” she said.

Ms Palaszczuk said on Saturday that although people were entitled to protest, her Government was ensuring environmental conditions were met.

“That’s a matter for people, they’re allowed to protest, we live in a democracy,” she said.

“At the end of the day we have the toughest environmental conditions attached to that mine.”

Queensland Minister for Natural Resources and Mines Anthony Lynham said the mine would be subject to “strict monitoring” throughout the construction process.

PHOTO: A man takes a selfie with a fake Malcolm Turnbull and Guatam Adani at a protest against the mine. (ABC News: Lily Mayers)

Sydney Stop Adani campaigner Isaac Astill called the construction of the mine an international issue.

“It’s going to be the biggest coal mine in the southern hemisphere at a time when our climate is crumbling,” Mr Astill said.

It’s an international issue and that’s why we’re seeing people around the world and in Australia coming out in their thousands to say no to Adani.” 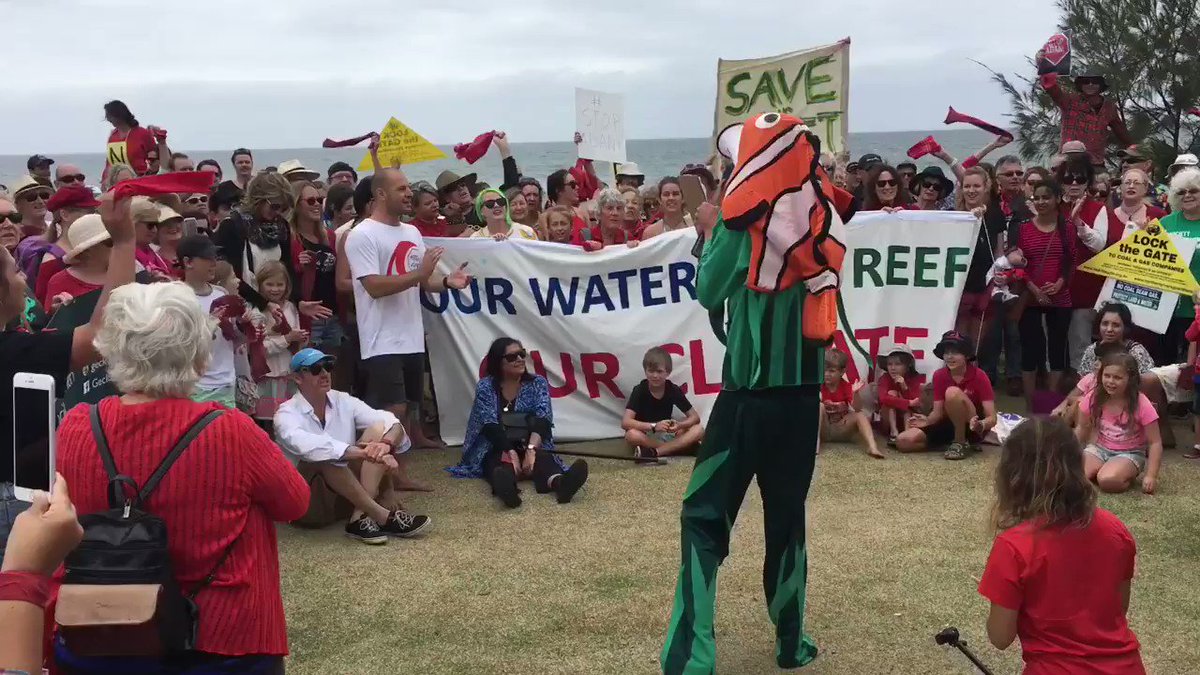 Over 200 Gold Coasters voice their concerns over proposed mega coal mine in North Queensland. @abcgoldcoast #StopAdani

Australian Conservation Foundation CEO Kelly O’Shanassy said she hoped the “big day of action” would send a strong message that taxpayers did not want their money subsidising the project.

“It will affect every single living thing on Earth, that’s why people in Melbourne and Sydney and Canberra and Adelaide and Cairns all care about this mine not going ahead.” Ms O’Shanassy said.

At Miami on the Gold Coast around 200 people turned out to oppose the mine.

“We know how important this is and we know there’s a growing movement and more and more people are realising how desperately we need this to stop,” said Shane Primrose of the Stop Adani Gold Coast group.

Between 200-300 people turned out at Perth’s Cottesloe Beach and more than 250 people rallied in Hobart, where speakers included former Greens leader Bob Brown.

Adani has promised thousands of local jobs for Townsville and Rockhampton residents to work on the massive mine in the Galilee Basin, splitting its fly-in-fly-out (FIFO) workforce between the two cities, and has promised to pay each council a rebate if it hires a non-local.

The protests were organised by the Stop Adani Alliance, which is made up of 31 organisations.

Most Australians oppose Adani mine, poll shows, amid national protests

New polling shows the majority of Australians oppose Adani’s proposed Carmichael coalmine going ahead, and an even bigger number are against Queensland allowing the company to receive a $1bn federal loan.

The polling, commissioned by the Stop Adani Alliance, was released on Saturday as thousands of people are expected to attend rallies at dozens of locations around the country, expressing their opposition to the project.

The ReachTel survey of almost 2,200 people across Australia found 55.6% of respondents opposed the mine going ahead. That was more than twice the number who supported the mine, with 18.4% of respondents saying they were “undecided”.

When told that the Queensland premier, Annastacia Palaszczuk, had made an election commitment not to spend public funds on Adani’s project, 65.8% of those polled said she should use her power to veto the possible $1bn loan the federal government might give the project through the Northern Australian Infrastructure Facility (Naif).

That view was unanimous across voters of all persuasions – respondents who said they voted Liberal, National, Labor, Green, One Nation, Australian Conservatives, as well as those who were undecided, were all more likely to think Palaszczuk should veto the loan.

Support for the mine to go ahead was extremely divided among backers of different political parties.

Australian Conservative voters were the only group with clear support for the mine, with 57% saying they backed it. 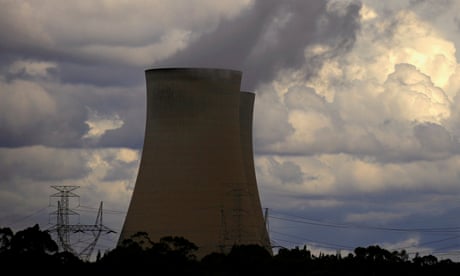 Adani mine ‘not a positive thing for Australia’, Labor’s Mark Butler says

A clear majority of most other voters opposed the mine proceeding – 69% of Labor, 58% of National and 90% of Greens voters. Among the One Nation voters, more opposed the mine going ahead (44.9%) than supported it (37.7%).

The polling follows earlier surveys showing similar numbers, including one commissioned by GetUp in January, finding that three-quarters of respondents believed a loan to Adani was not a good use of public money. And polling by The Australia Institute in May found 59% of Queensland voters were opposed to any state or federal assistance for the mine.

Federal Labor has had some divisions over the question of whether to support the mine and the Greens have sought to push them to say they will review any commonwealth funding for it.

The Greens are launching their Queensland state election campaign today, which will focus on opposition to the Adani mine, and place the heat on Queensland Labor for its strong support to the mine.

Members of the Stop Adani Alliance – which comprises more than 30 environment groups – began to gather at 40 protests around the country on Saturday.

They plan to spell out “Stop Adani” in “human signs” at beaches and other prominent locations around the country.

“While the Queensland and federal governments remain staunch supporters of this dirty mine, new polling shows the Australian community is angry that $1bn of public money could be handed to Adani for a mine which will wreck the climate and the Reef,” said Blair Palese, chief executive of 350.org Australia.

“Voters are clear. They believe the Queensland government should stick to its promise and block the $1bn loan to billionaire Adani for his private rail line.”

The Right To Know Is The Right To Democracy #RTI
Is Rajasthan’s Sikar the New Mandsaur? Entire Town Rises to Support Farmer Agitation
JNU is dismantling its soul - the iconic Ganga Dhaba
“We called for help and they killed our son”: Out-of-control police overreach meets extreme secrecy