By Krista Mahr and Mirwais Harooni

KABUL, March 5 (Reuters) – A group of Afghan men marched through the capital, Kabul, on Thursday to draw attention to women’s rights by donning head-to-toe burqas that for many people worldwide have come to symbolize the suppression of women.

The hardline Taliban forced women to wear burqas in public during their rule in the 1990s and concern is growing in Afghanistan and among its allies that gains for women made since the 2001 U.S.-led ouster of the Taliban are at risk.

The men marched under a leaden sky, with the bright blue burqas falling over their heads down to muddy sneakers and boots.

The demonstrators, associated with a group called Afghan Peace Volunteers, said they organized the march ahead of International Women’s Day on March 8.

“Our authorities will be celebrating International Women’s Day in big hotels, but we wanted to take it to the streets,” said activist Basir, 29, who uses one name.

“One of the best ways to understand how women feel is to walk around and wear a burqa.” 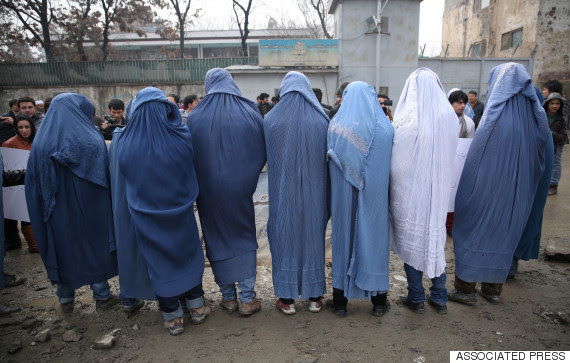 Male civil society members wear burqas to protest violence against women, ahead of International Women’s Day, in Kabul, Afghanistan, Thursday, March 5, 2015. (AP Photo/Massoud Hossaini)
The burqa covers the entire body, with a mesh fabric window to see through. Though a symbol of Taliban treatment of women, it remains common in many parts of Afghanistan.

The march by about 20 men drew a mixed reaction.

“What’s the point of this?” he asked. “All of the women in my family wear burqas. I wouldn’t let them go out without one.”

A 2013 U.N. report noted that most violence against women goes underreported, particularly in rural areas.

Several of the men said wearing a burqa felt “like a prison.” They carried signs reading: “equality,” and “Don’t tell women what to wear, you should cover your eyes.”

Some men stopped to watch, laughing and heckling. Some were confused; others said women’s rights encouraged prostitution.

Some female passers-by were also nonplussed.

“We don’t need anyone to defend our rights,” said Medina Ali, a 16-year-old student wearing a black veil that showed only her eyes and wooly gloves on a cold morning.

“This is just a foreign project to create a bad image for the burqa and Afghanistan. They’re trying to make those of us who cover our faces feel bad.”

An older woman, who wore a burqa herself, was less affronted.

“My husband and son tell me I should take my burqa off,” said Bibi Gul, who thought she was around 60. 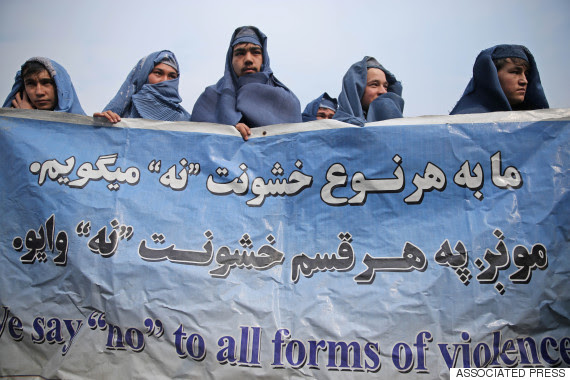 Male civil society members wear burqas to protest violence against women, ahead of International Women’s Day, in Kabul, Afghanistan, Thursday, March 5, 2015. The banner reads, “we say no to all forms of violence.” (AP Photo/Massoud Hossaini)__

India - Mentally ill and tied up, this girl does not exist for the Gujarat state #Vaw
Open letter by Arun Khopkar, an ex-student, ex-faculty and ex-FTII Society Member
Why HRW is wrong in its evaluation of SC/ST Act and #FOS
​Narmada Bachao Andolan completes 31 years of struggle and reconstruction