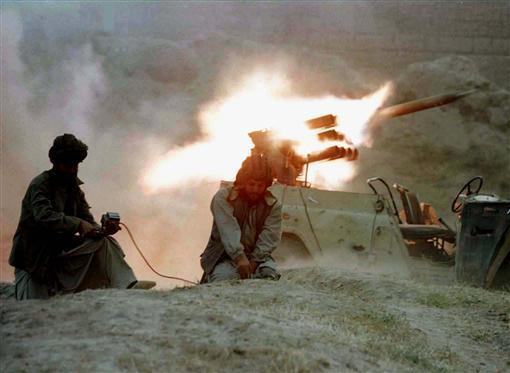 Joe Biden has sparked several debates across ideologies due to his recent decision of withdrawing American troops back from Afghanistan, leaving the country to its now inevitable dystopian fate. One of such debates were going on inside the mind of Billy Joel, American singer-songwriter who you might remember from the hit song ‘We didn’t start the fire’.

“It’s not a new thing for politicians and world leaders to justify their non-humanitarian acts by calling them a measure of correcting past mistakes. However, what’s changed over the years is how the burden of proof to support any apparent fact has shifted from presenting hard evidence, to manipulating collective rationalities by fabricating the evidence itself. Once fabricated to suit the narrative, the abused evidence can now be promoted heavily through unverified channels functioning with extreme efficiency. At-least the power-hungry monarchs of the past had the courage to burn the textbooks; now they just re-print them.” said Billy, after taking his dementia medication, which he jokingly said is now not the only thing he shares with Joe, hinting towards their newly shared arrogance.

He tries to address this confusion in his newly released and highly anticipated song, ‘Who tf started the fire?’, now streaming on JioSaavn, and other substandard platforms who don’t pay as well. Stay till the end of the piece for an exclusive sneak peek into the lyrics.

Another curious observation was the similarities of Biden’s actions with those of other world leaders. When asked, a right-wing supporter from the foreign land of Mukesh said, “Where are all these Liberandus now? When left wing leaders of the world are taking inspiration from our own beloved Voldemort?”. When asked if by inspiration, they meant the absolute disregard to human life while implementing harsh political measures, a bright orange light flashed from the spokesperson’s temple and they transformed into part shipping container and part barbed wire. No further questions could be asked.

“Who tf started the fire?

Was it really Bush, or was it Baraaaaack

Who tf started the fire?

It was neither of them and was probably Nehruuuuu”

Operation Juliet: Busting the Bogey of #LoveJihad
Are you going to Kudankulam?
#Budget2014 - Health components of Union budget 2014-15
India Skips 6 Of 16 Key WHO Recommendations on TB