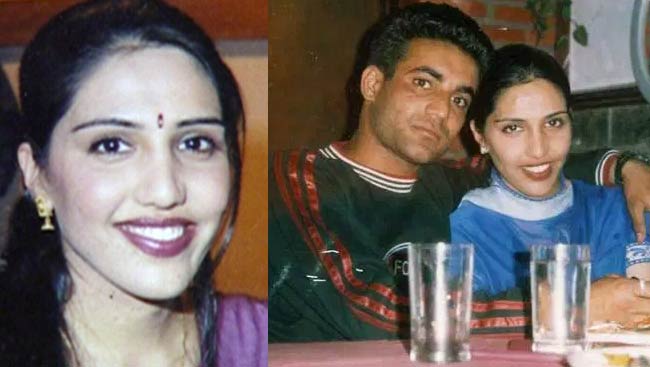 Days before attack on her and Sukhwinder Singh Mithu, whom she married against the wishes of her family in March 1999, Jaswinder Sidhu had filed an affidavit before Punjab Police that they faced threat to their life from her mother and uncle.

Jassi Sidhu was killed on a visit to India in 2000. Her mother and uncle are accused of planning her murder because she ignored the family’s wishes and married a poor rickshaw driver. (CBC)

A B.C. pair accused of masterminding the slaying of Jaswinder (Jassi) Sidhu in India have been extradited from Canada to India to face a trial for her killing, nearly two decades after her death.

Rai said he’d been working on the case since 2002.

“[It] has taken us almost 17 years to get them here, and the purpose was to send a clear message that the process of law in India is very clear. And anybody committing a crime here — especially the heinous crime of killing their own daughter — will be brought to book,” he said.

In India, Sidhu and Badesha, pictured in a sketch from a previous court appearance, are charged with supplying money to contract killers. (CBC)

The pair are accused of planning 25-year-old Jassi Sidhu’s murder because she ignored the family’s wishes and married a poor rickshaw driver.

Jassi Sidhu and her husband Sukhwinder Mithu Sidhu were riding a scooter in Punjab when police said they were attacked by a group of armed men. Sidhu’s throat was slit and her body was later found in a canal. Mithu was badly beaten, but survived. One last, last chance: accused in ‘honour killing’ case appeal for clemency

In India, Badesha and Sidhu are charged with supplying money to contract killers in order to have Jassi Sidhu killed. Rai alleged that the pair had also hired a member of the Punjab police, who recruited the contract killers.

A dozen people were originally charged in Jassi Sidhu’s murder, and seven were tried. After trials and appeals, three individuals are serving sentences for Sidhu’s killing.

Rai said it’s now up to courts in India to decide the pair’s fate.

“Through this long process of extradition we have gotten them back here now, and they will be produced before the court of law and it will be for the court of law to take a call of what needs to be done with regards to them.”

‘Not part of our culture’

Rai said he hopes the extradition sends a message to the diaspora that people cannot come to India and break the law.

“These kinds of things are not humane, they are not part of our culture, and they were a corruption in a society where we were killing our own girls and daughters for making their own choices.”

Badesha and Sidhu were taken into custody in 2012. The B.C. Supreme Court ruled in favour of extradition in 2014, but the appeal court stayed that finding.

In December, they lost a last-ditch attempt to avoid extradition to India after applying for a stay of extradition proceedings. They claimed there was an abuse of process in a plan to whisk them out of Canada in 2017, when they were pulled off a plane leaving Toronto at the last minute.

The B.C. Court of Appeal rejected the application on Dec. 11. A panel of judges found Wilson-Raybould’s conduct amounted to an abuse of process, but that her actions did not warrant a stay of proceedings given the gravity of the accusations.

Jaswinder Sidhu and her husband, Sukhwinder Mithu Sidhu, were attacked in Punjab in June 2000. Jassi was kidnapped and murdered. Mithu was badly beaten but survived. (CBC)

‘I feel the trajectory of the case may end up resulting in the acquittal of the two in India,’ says journalist

Sukhwinder Singh Sidhu and Jassi Sidhu were married for a short time before they were attacked. (Family photo)

James Longridge flicks through a binder filled with newspaper clippings about Jassi Sidhu’s murder as his grandchildren play in the background at his Maple Ridge, B.C., home.

Longridge remembers Sidhu as a good student at nearby Pitt Meadows Secondary where he was principal in the early 1990s.

He says she would be about 43 if she were alive, the same age as his own daughter.

“Why didn’t she have the right to live happily with her husband and have children — if they wanted them — and even come to Canada?” he said in an interview.

Sidhu defied her family and married a poor auto-rickshaw driver in India instead of the man they intended in March 1999.

The young couple was attacked by a group of men on a rural road in Punjab in June 2000. Jassi, then aged 25, died after her throat was slit. Her husband, Sukhwinder Singh Sidhu, known as Mithu, was badly injured but lived.

Jassi’s mother Malkit Kaur Sidhu and her uncle Surjit Singh Badesha were finally extradited this week to face conspiracy charges in Malerkotla, India after a legal battle over extradition that took almost 17 years.

But Longridge and others who have followed the lengthy extradition process as it wound through Canadian courts say they’re concerned that Sidhu and Badesha may get off lightly for their alleged conspiracy in India.

Escorted by police, Surjit Badesha makes a court appearance in Malerkotla, India on Jan. 25, 2019, after being extradited from Canada. Sidhu is accused of arranging the killing of his 25-year-old niece, Jassi Sidhu, in 2000.(Babushahi.com)

In 2014 B.C., Supreme Court Judge Gregory Finch ruled that they should be extradited because he was convinced that a jury could convict based on the evidence. That included phone records showing 266 calls between the family home and the four men convicted of Jassi’s murder in India.

The assailants were imprisoned for life. Sidhu’s mother and uncle — and another uncle, Darshan Singh Badesha, in India — were all charged with conspiring to have the couple killed.

The two in Canada fought extradition with technical arguments about the “medieval” state of prisons and possible torture they may face, even appealing to then justice minister Judy Wilson-Raybould who rejected their request.

The uncle in India was convicted of conspiracy but was eventually acquitted last year by the Supreme Court of India.

That acquittal has led a Canadian journalist who has followed the case since the 2000 killing to believe the recently extradited pair may elude justice.

Fabian Dawson, former deputy editor of the Vancouver Province and the Vancouver Sun newspapers, has co-authored a book about the story called Justice for Jassi.

The long-running fight over extradition is also an issue, he said, calling Canada’s extradition treaties “quite the laughingstock of the world.”

India has always expressed frustration at the delays of getting the pair returned to face charges.

“Some of the officers who were originally involved in the file have retired and some have moved on to different positions, but two or three of them kept the case going and are willing to testify,” Dawson said.

Now retired, Longridge wrote “letter after letter” to politicians and police in Canada and did interviews, campaigning for accountability in the case. He followed the long process to extradite, his binders filling with news clippings for almost 19 years.

Surjit Singh Badesha (left) and his sister Malkit Kaur Sidhu in a court sketch from 2012 after they were arrested for allegedly conspiring to murder Jassi Sidhu. (Jane Wolsak/CBC)

He worries about what happens next to Sidhu and Badesha, who made their first court appearance in India on Friday.

“Even if they’re found guilty, I’m not convinced that there’s not going to be something that’s going to be hugely disappointing to people like me and hundreds of others who have always sought justice for Jassi.

If they are acquitted, he is concerned they will be back living at the large family compound in Maple Ridge, as they have been for many of the past 18 years, “as if nothing has happened.