Veteran actor Anupam Kher said he has resigned as the Chairman of the Film and Television Institute of India (FTII), Pune, due to his commitment to his international assignments

Veteran actor Anupam Kher said on Wednesday, October 31, that he has resigned as the Chairman of the Film and Television Institute of India (FTII), Pune, due to his commitment to his international assignments.

“It has been an honour, a privilege and a great learning experience to be the Chairman of the prestigious FTII. But because of my international assignments, I won’t have much time to devote at the institute. Hence decided to send my resignation,” Anupam tweeted.

I was wrong, history won’t misjudge you’: Anupam Kher on Manmohan Singh

A known right-wing supporter in Bollywood and a seasoned actor who “does not mind” calling himself Modi’s chamcha (stooge), Anupam Kher accepted that he “wrongly judged” former PM Manmohan Singh

The actor has just wrapped up the shooting of his upcoming film “The Accidental Prime Minister” which is a biographical political drama based on the book of the same name, written by Sanjay Baru. Akshaye Khanna also stars in the movie and essays the role of Baru. During UPA I government, Baru was the media adviser to Manmohan Singh.

The 63-year-old actor took to Twitter on Saturday, and posted that living Manmohan Singh’s life in reel life was a “great experience”, maintaining that his perception “changed” after living the character for a year.

Sharing a video on his social media handles, Kher wrote: “And it is a wrap for one of my most cherished films #TheAccidentalPrimeMinister. Thank you, the cast and the crew, for the most enriching times. Thank you #DrManmohanSinghJi for your journey. It has been a great learning experience for me.”

“I did have my reservations before doing this film and also wrongly judged you at times but today after finishing the shoot and having almost lived the role for more than one-year I can say it with utmost sincerity that history will not misjudge you. Will wait to have that cup of tea with you once you watch our film,” he added. 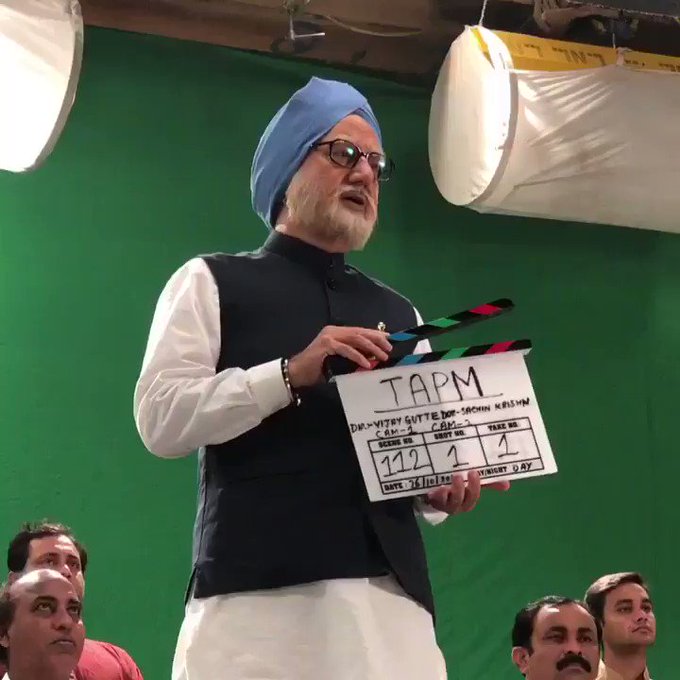 It is a WRAP for one of my most cherished films #TheAccidentalPrimeMinister. Thank you d cast and d crew for the most enriching times. Thank you #DrManmohanSinghJi for your journey. It has been a great learning experience. One thing is sure “History will not Misjudge you.” 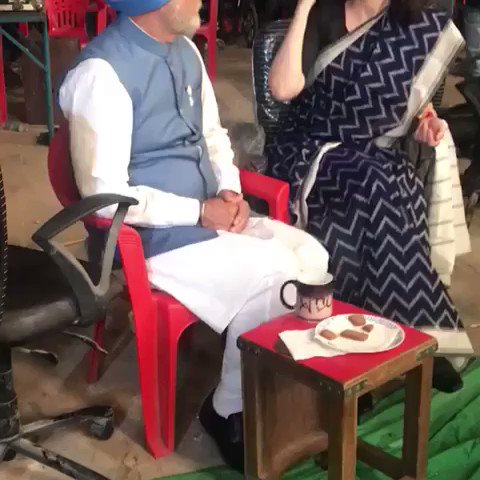 On the last day shoot of #TheAccidentalPrimeMinister someone shoots a off camera moment between @suzannebernert playing #MrsSoniaGandhi & I having tea & biscuits. Shares it on social media. It is already on tv now. Best option is to share it myself. So here it is. Enjoy.

Kher has also shared a behind the scenes video from the sets of his upcoming film. In the video, Kher can be seen dressed as the former Prime Minister Manmohan Singh with German-born actor Suzanne Bernert, who portrays UPA chairperson Sonia Gandhi, engaged in a conversation.