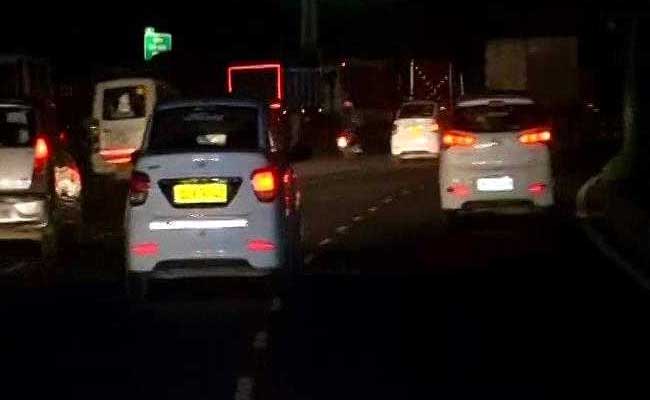 Woman On Scooter Chased On Gurgaon Road In Chandigarh Stalking Replay
The men followed the woman for three kilometres and repeatedly shouted at her to stop.
GURGAON:

Woman riding a scooter was chased by two men in Gurgaon
They raced behind her in their car, repeatedly tried to stop her
The police have registered a case of stalking

A 25-year-old executive on her way home from work in Gurgaon was chased by two men who raced behind her in their car, repeatedly tried to stop her and shouted at her on Monday night, just three days after Varnika Kundu’s terrifying experience on the streets of Chandigarh.

The woman, riding a scooter, noticed that she was being followed a little after she left office around midnight.

The men followed her for three kilometres and repeatedly shouted at her to stop. The terrified woman went to a police station but could not recall the car number and was incoherent. She could only remember the first part of the number – “HR-57”

She then went to police commissioner Sandeep Khirwar’s office in the morning to file a complaint. The police have registered a case of stalking, but say they have very little to go on unless CCTVs have captured the chase.

The incident has emerged in the middle of outrage over the stalking of Varnika Kundu, a bureaucrat’s daughter, by Vikas Barala, the son of Haryana BJP chief Subhash Barala.

Ms Kundu has alleged that Vikas Barala and his friend Ashish chased her for several kilometres on Friday after midnight, banged on her window and also tried to force her out of the car.

The two were arrested yesterday; they had been arrested before by the police patrol team that responded to Ms Kundu’s SOS, but let off because the offences they were charged with allowed bail.

After questions over attempts to dilute the case against the ruling party politician’s son, the police called them for questioning again yesterday and charged them with a more serious offence that is not bailable – attempted kidnapping.