The mother of four, divorced over phone three years ago, has now sought protection from the state’s Chief Minister Mamata Banerjee because she is facing social stigma. 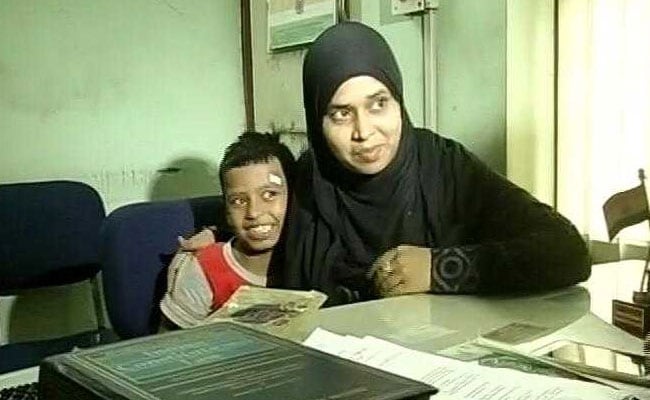 Ishrat Jahan is one of the five petitioners in the landmark Supreme Court case on triple talaq.

KOLKATA:  Days after winning freedom from instant triple talaq for all Muslim women in India, Howrah‘s Ishrat Jahan – one of the five petitioners in the landmark Supreme Court case – has a new battle on her hands.

The mother of four, divorced over phone three years ago, has now sought protection from the state’s Chief Minister Mamata Banerjee because she is facing social stigma, threats of being ostracized and abuse for standing up for her rights – and getting them.

On Friday, she and her lawyer, Nazia Elahi Khan, wrote in a letter to Ms Banerjee, how she “is receiving lots of threat calls, teasing, torment…the local police is not in mood to (provide) safety, security…I beg you (to) please arrange police protection for the safety and security of Ishrat Jahan. She is completely in danger.”

“People are taunting me, saying I am a ‘gandi aurut’ (bad woman), that I had curbed the triple talaq system. They are even provoking my child against me, saying look at what your mother is doing, going to newspapers, TV stations, police court. They are not saying I am fighting for my rights,” said Ishrat Jahan.

Her worst tormenters reside in the same house as she: her husband’s older brother and his wife. Ishrat Jahan has had trouble with them for long. They have allegedly cut off electric supply in her part of the house. Now they are abusing her and want her to leave.

Ishrat’s lawyer, Nazia who is also a Muslim, has also been attacked but only on social media. “They say you have become a Hindu wife, you have betrayed the Sharia. I have been told that all the petitioners in the Supreme Court should be boycotted socially.”

But threats to Ishrat are more real.

“We have written to the chief minister seeking protection for Ishrat. If no security is provided by the state government in a day, my senior lawyer Mr Biju has said we will move Supreme Court again for safety and security,” said Ms Ilahi.

The man who divorced her on phone from Dubai in 2014 is likely return to India on August 30. Ishrat wants him arrested and all mothers to teach their sons what she is teaching hers.

“I will teach my son that he shouldn’t do what his father did to his mother. The sharia doesn’t say anywhere that a woman should be abandoned, the roof removed from over her head,” said Ishrat Jahan.

Her 8-year-old son, Zaid, is sitting on her lap eating potato chips and chocolate. She gives him a hug and ruffles his hair.

How Mamata Banerjee responds to Ishrat Jahan’s appeal for help will be closely watched.

The chief minister has not commented on the end of triple talaq yet.