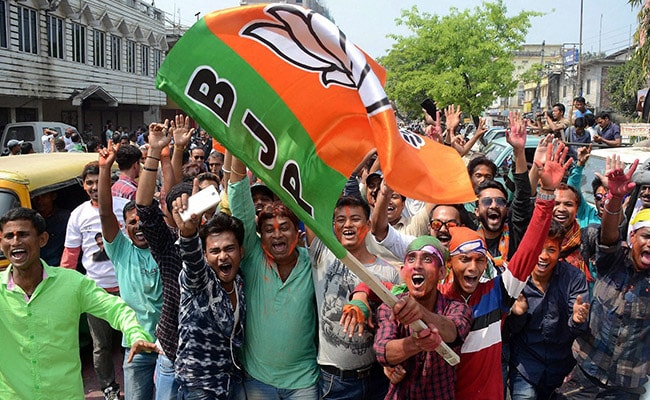 The All India Democratic Women’s Association (AIDWA) strongly condemns the police-backed murderous attacks and vandalism conducted by RSS-BJP goons on the CPI(M) party offices and on its cadres including women.

Many AIDWA leaders and activists in Tripura, particularly in Agartala, Udaipur and Bishalgarh have also been targeted and attacked by these hoodlums. These are fascistic tactics to intimidate the Left who are on the roads voicing the legitimate demands of the people for food, work and against the continuing reign of terror.

We vow to support our activists in Tripura and declare that such terror tactics will only strengthen our resolve to be with the people in their rightful struggles. We also appeal to all democratic sections to join the protests against these terror tactics of the BJP in Tripura.

Inspector General of Police (law and order), Arindam Nath, said that besides the Tripura State Rifles, Central Reserve Police Force (CRPF) personnel have been deployed in the strategic and sensitive locations across the state.

“As the CRPF troopers are efficient in dealing with political and mob violence, we have deployed the central para-military personnel in different strategic and sensitive locations across the state.

So far, four people have been arrested in Udaipur, while one person has been detained in Agartala in connection with the political violence in Tripura,” Nath told IANS.

The officer added that the case related to the attack on a newspaper office (Pratibadi Kalam) on Wednesday has been handed over to the Crime Branch.

Senior CPI-M leader Pabitra Kar said that in a pre-planned fashion, the BJP workers accompanied by goons in the past 48 hours attacked and burnt down at least 55 party offices in all the eight districts of the state, including the state party headquarters and CITU head office in Agartala and Gomati.

Kar alleged that the BJP supporters also burnt down many houses of CPI-M leaders and workers, besides gutting over six vehicles and more than a dozen two-wheelers. Scores of party leaders and workers have been injured in Agartala and other places of the state, he said..

“Even the media was not spared from the attacks by the ruling party workers and hooligans. The offices of ‘PB-24 News’, ‘Pratibadi Kalam’ and the CPI-M supported newspaper ‘Daily Desharkatha’ were attacked, leading to the damage of huge number of assets,” Kar told the media.

Yeachury in his letter to Prime Minister Narendra Modi said that the impunity with which the BJP ‘gangs’ operated shows the connivance of the state government.

“These attacks took place because the ruling party has tried and failed to suppress the activities of the main opposition in the state.

“The Central government, in particular the Union Home Ministry, should intervene immediately to ensure that the rule of law prevails and the rights of citizens are protected in Tripura,” the Left leader wrote in the letter.

CPI General Secretary D. Raja said in a statement that he has spoken to CPI-M politburo member and former Tripura Chief Minister Manik Sarkar on the matter, and the Left parties would unitedly resist the violence of the BJP-RSS combine.