AIDWA statement on the SC judgement on abortion rights 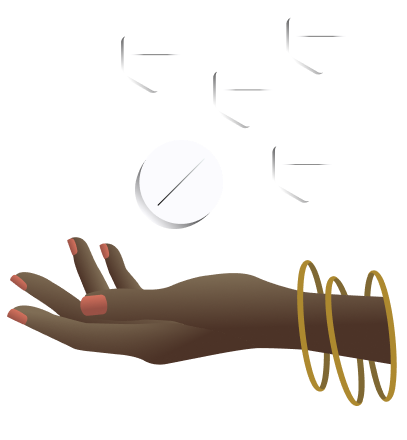 The All India Democratic Women’s Association (AIDWA) welcomes the judgment of three judges of the Supreme Court in the case of X v. The Principal Secretary, Health and Family Welfare Department, Govt. of NCT of Delhi in which the Supreme Court held that unmarried women have the right to access safe and legal abortions between twenty and twenty-four weeks of pregnancy, if they face a change in their material circumstances, similar to married women. The Delhi High Court, which first heard the petition, had held that Section 3(2)(b) of the Medical Termination of Pregnancy Act, 1971 (“MTP Act”) and Rule 3B of the Medical Termination of Pregnancy Rules, 2003 (“MTP Rules”) was inapplicable to the case because the pregnant woman was unmarried and her pregnancy arose out of a consensual relationship.

Section 3(2)(b) of the MTP Act, 1971 allows the termination of a pregnancy, where the length of the pregnancy is between twenty and twenty-four weeks, of such categories of women “as may be prescribed by Rules.” For a pregnant woman to qualify for such termination, the medical practitioners (not less than two) have to be of the opinion that either the continuance of the pregnancy would involve danger to the life, physical health and mental health of the woman, or that there is substantial risk that the child will suffer from serious mental or physical abnormalities. Rule 3B of the MTP Rules provides the categories of women who will be eligible for termination of pregnancy under Section 3(2)(b) of the MTP Act.

The Supreme Court observed that a narrow interpretation of Rule 3B, limited only to married women, would render the provision discriminatory towards unmarried women and be violative of Article 14 of the Constitution. It further held that the right to reproductive autonomy, dignity, and privacy under Article 21 gives an unmarried woman the right of choice on whether or not to bear a child, on a similar footing of a married woman.

The Supreme Court stated that the judgment applies not just to cisgender women, but to all persons who require access to safe abortions. It also held that the categories under Rule 3B are not exhaustive and must be understood as “extending to all women who undergo a change of material circumstances.” The term “cisgender” refers to people whose gender identity and expression matches the biological sex they were assigned when they were born. In the context of this judgement, persons other than cisgender women who need access to safe abortions can cover transgender men who were assigned “female” sex at birth (and have female sexual organs) but identify with the gender identity “man”.

The Protection of Children from Sexual Offences Act, 2012 (“POCSO Act”) criminalises sexual activities (consensual and non-consensual) between minors. In the context of the mandatory reporting obligation under Section 19(1) of the POCSO Act that often prevents minors from accessing reproductive healthcare, the Supreme Court held that the registered medical practitioner conducting the medical termination of pregnancy, only on request of the minor and the guardian of the minor, is not obligated to disclose the identity and other personal details of the minor. Further that, the medical practitioner does not have to disclose the identity of the minor in any criminal proceedings that may arise.

AIDWA is currently before the Supreme Court on appeal from the Delhi High Court split verdict which failed to criminalize marital rape and welcomes this judgement of the Supreme Court that recognises the primacy of consent and autonomy of women under the Constitution. The Supreme Court in this judgement, held that “rape” under Rule 3B of the MTP Rules also includes marital rape because sexual intercourse without consent or will is forced intercourse or rape, regardless of whether it occurs in the context of marriage. The court also observed that the artificial distinction between married and single women is not constitutionally sustainable.

AIDWA has campaigned for the criminalisation of marital rape since the 90s and has submitted various petitions to the Government to remove the marital rape exception from the Indian Penal Code. AIDWA is hopeful that this judgement furthers the rights of bodily autonomy of women and access to safe abortion.

AIDWA calls upon the central and state governments to take steps to provide adequate infrastructure in the health system for safe abortion in the absence of which women face risks in accessing this right.