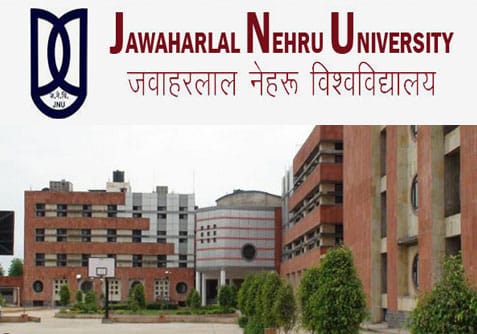 AIPWA condemns the decision taken by today’s JNU Executive Meeting to dissolve the Gender Sensitisation Committee Against Sexual Harassment (GSCASH) and replace it with an ‘Internal Complaints Committee’ that does not meet the standards of autonomy and gender sensitivity required by the Vishakha Guidelines or the Sexual Harassment of Women at Workplace (Prevention, Prohibition and Redressal) Act, 2013.

Through a decision taken in today’s JNU Executive Council meeting, the GSCASH has been summarily dissolved and replaced with an Internal Complaints Committee headed by the Chief Proctor. As a result, the institutional mechanism for dealing with sexual harassment complaints in JNU has been integrated with the command structure of the University Administration and is no longer autonomous and free from Administrative pressure.
Even more shockingly, the Administration has rushed to try and seal the GSCASH office and take control of its files – which have sensitive and confidential material relating to ongoing enquiries as well as past enquiries. The AIPWA demands that the handover of files take place only in keeping with legal opinion to ensure that confidentiality will be preserved and material in the files will not be misused.

This dissolution of the GSCASH is the latest blow by the JNU Administration on gender justice in JNU – already before this, deprivation points in JNU admissions including gender deprivation points have been wiped out along with slashing in seats and the resulting erosion of reservation for students from oppressed and deprived backgrounds.

The manner in which this dissolution was achieved is noteworthy. The pretext is a 2015 UGC Notification stating that existing GSCASH bodies constituted in keeping with the 1997 Vishakha Guidelines must be “reconstituted as ICCs” in line with the Sexual Harassment of Women at Workplace (Prevention, Prohibition and Redressal) Act, 2013 (SHW 2013). But in fact the JNU Executive Council on October 6, 2015 had already ratified that JNU’s GSCASH Rules And Procedures were compliant with this requirement. (see document attached)

The example of the Garkoti Committee is a curtain raiser for the fate of the Internal Complaints Committee that has replaced the GSCASH: members will have no experience of working in the field of gender or against sexual harassment; any opinion that differs from those of the VC’s handpicked members will be ignored or erased from records; and as a result the enquiries will be effectively controlled by the Administration.

AIPWA has witnessed the fate of Administration-controlled Internal Complaints Committees in many institutions, including several government and private workplaces as well as colleges and Universities. JNU’s GSCASH was among the rare model institutions where the institution was actually autonomous and free to carry out tasks of gender sensitization and enquiries into complaints free from any pressure, regardless of whether the accused was a student, a faculty member, a staff member or employee, or someone in the Administrative hierarchy. The Rules and Procedures of the GSCASH are among the best practices in the whole country, carefully designed to protect confidentiality, ensure in-built safeguards against bias in every enquiry; and ensure justice. In fact, the ICC model cited in the UGC Notification only sets a minimum standard – the JNU GSCASH not only meets but far exceeds and improves on that standard. This is recognized by the UGC’s SAKSHAM Report
(https://www.unigoa.ac.in/downloads/SAKSHAM-UGC-Report.pdf) – the basis of the UGC 2015 Notification – which therefore cited the JNU GSCASH Rules and Procedures as a model which it encouraged other institutions to emulate by including it in full in the Appendix. Today, the JNU Administration has arbitrarily dissolved that evolved model – in the process jeopardizing the safety of sexual harassment complainants in the University.
The AIPWA stands by the JNU community in its struggle to restore the GSCASH to JNU